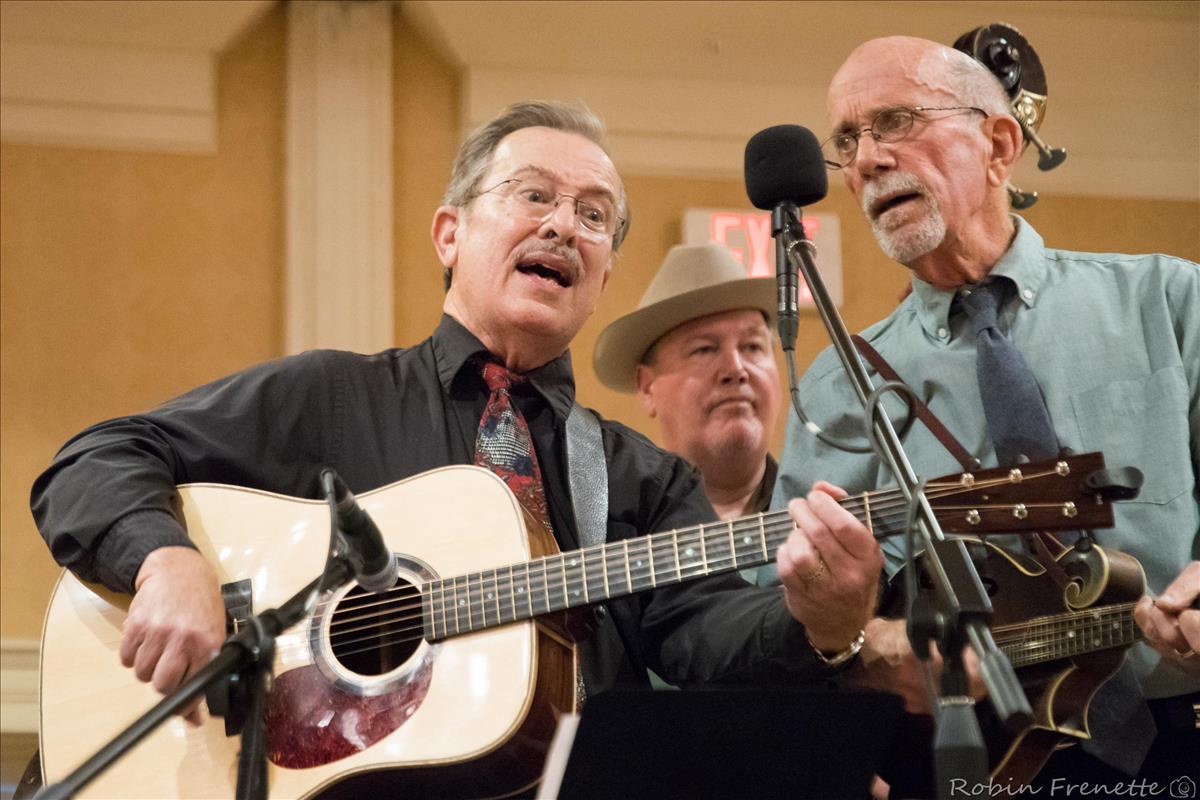 Butch Waller has been a mainstay of the Northern California bluegrass scene since the 1960s and has influenced many musicians in the Bay Area. Butch served two terms as CBA president in 1981-2. He is known nationally for his innovative and Monroe-style mandolin playing and for founding the West Coast’s premier traditional bluegrass band, High Country, in 1968. High Country features hard-driving, traditional bluegrass and Butch is the band’s emcee and sings many of their songs. A gifted songwriter, Butch has written several tunes that have become festival jam standards. Butch has also taught mandolin at several music camps.

When the CBA was started in 1975, High Country performed at the CBA’s first event, a fundraiser at the Fairfield Community Center, and at several other CBA benefit concerts. High Country performed at the first CBA festival in 1976 and has played regularly at Father’s Day festivals since then, including in 2018 when the band celebrated 50 years together. High Country was the first West Coast band Bill Monroe invited to his Bean Blossom Bluegrass Festival in Indiana and they played there several times in the early 1980s. Other prominent gigs included headlining the first Strawberry Festival in Yosemite in 1982. High Country played at the famous Paul’s Saloon in San Francisco for 20 years until it closed in 1991, at times three nights a week. The band also toured extensively in North America, Europe and the South Pacific.

Contributed by CBA member Phil Boerner
photo credit: Robin Frenette – that’s Butch on the right hand side of the photo