And Laurie Lewis: A Chat About the New CD Release 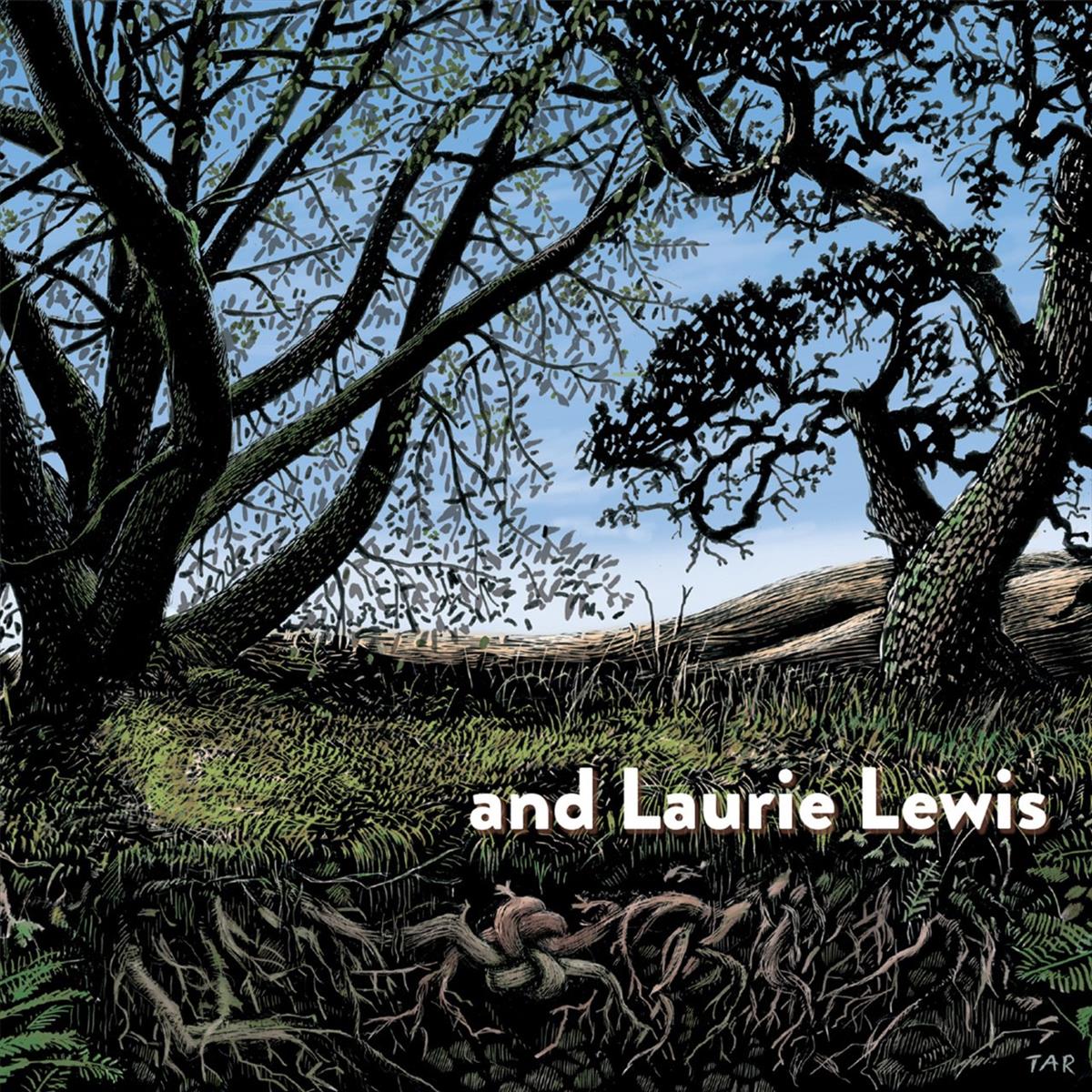 Laurie Lewis has been a Bay Area musical icon since the 1980s with her participation in bluegrass bands, her insightful song writing, instrumental skills and mentorship of aspiring musicians in workshops and music camps.  Her latest album release on her Spruce and Maple Music label, www.spruceandmaplemusic.com, is now available to order online. It’s a stunning collection of traditional and newly written songs, recorded in her home studio with artists that have been part of her collaborative network.

BH:  We last chatted after the release of your 2011 CD, Skipping and Flying, and you’ve just released And Laurie Lewis in March 2020.  The earlier album focused on some of Bill Monroe’s songs, but this latest one is more of a reunion with musicians you performed with over the years and some that you’ve mentored and met more recently.  What motivated the album?

LL: I didn’t set out to record an album of duets. It began very organically. I have always wanted to record a version of the Carter Family classic, “You Are My Flower,” as a vocal duet. Molly Tuttle and I were talking about maybe recording something together for kicks, and I  hit on the idea of doing it with her. It was so fun to collaborate on the arrangement and to just play two guitars together. Shortly after that, I got together with Tatiana Hargreaves. I have known Tati since she was seven years old and first came to Bluegrass at the Beach, in Nehalem, OR (Tati is from Corvallis, not too far away). When she was at Hampshire College in in Massachusetts, I asked her to play a gig with us in nearby Amherst. Though she had never played bluegrass, I knew she could, and I knew she had the sound in her ear from a young age. She was great, of course, and that led to her spending a summer touring with my band. During that time, I had worked up “Mama Cry” with her, and was looking for a chance to make a recording of it. We had a great time, and a free hour, and that led to recording “The Pika Song,” which I had recently finished writing, just on a lark. Suddenly, I had a quarter of an album recorded, and that’s when I realized that I was going to do this project.

BH:  The included booklet has all the song lyrics as well as anecdotal stories about your friendships and connections with Kathy Kallick, Todd Phillips, Mike Marshall, Craig Smith, Nina Gerber, Molly Tuttle, Tatiana Hargreaves, and Barbara Higbie.  Were the songs chosen by you or the others?

LL: I chose all the songs for the project— though I had performed “Baby That Would Sure Go Good” with Todd a number of times over the years. And I had sung “My Last Go-Round” with Nina before. I had originally recorded that song for a Rosalie Sorrels tribute album (without Nina), and Nina had I performed it together first at the Rosalie’s big memorial concert in Boise, ID. I just loved the way it sounded with the two of us, and we started performing it whenever we played together. So not all the songs were specifically thought of just for this project. I couldn’t imagine doing this album without asking Kathy to sing something with me, and since it was the thirtieth anniversary of my first recording “Old Friend,” I figured enough time had passed and the world could stand another take on it. It was the perfect choice for Kathy and me.

BH:  The album cover mentions “intimate conversations” and there is a very direct recording of the vocals and instrumentals without any masking.  Do you have special equipment in your studio to make this easier?

LL: I don’t know what you are referring to with the term “masking.” I don’t have special equipment other than good mics and preamps and chairs that don’t squeak. There is always bleed in my little studio, as total separation is impossible in that small space. It makes it so that really the only way to record together is to have an intimate conversation. And I like to hear the instruments and voices as they really sound, without a lot of added effects.

BH:  Two songs have a bluesy or jazzy sound.  Dick Oxtot’s song, “Ain’t Nobody Got The Blues Like Me” is a song you probably learned when you were in his Golden Age Jazz Band.  Tell us about this early experience and did you play other instruments in the band besides bass?

LL: I played bass and sang with Dick Oxtot’s Golden Age Jazz Band from probably about 1977, when Dick hired me on the strength of hearing me play walking bass in Bb on “Rutabaga Boogie” with the Good Ol’ Persons at the Red Vest Pizza Parlor in El Cerrito that year. I knew almost none of the repertoire, and am quite sure I was terrible n the first couple of nights. But I loved the music and dove in and learned. The horn players were amazing! Jack Minger, the trumpet player, loaned me a bunch of early Billie Holiday LPs, which I taped and then devoured. Being exposed to jazz phrasing and musicality really opened my ears and made me a much better singer, I think. I played with the band as often as I could until the mid-1980’s.

BH:  Another stand out “not bluegrass” song is “Baby That Would Sure Go Good” which was sung by Leon McAuliff with Bob Wills’ band.  Do you incorporate the Texas swing sound in your fiddle playing?

LL: I have never considered myself a swing fiddler. There are so many fantastic swing musicians out there, and for one reason or another, I have been driven to pursue that. I like to leave it to the experts.

BH:  You also owned a violin shop in the 1980s where you worked with Mike Marshall.  Are there any other musicians from that time that you still see?  Did you teach or repair fiddles then?  The liner notes also mention that you have a 1899 Swett violin, a 1889 Squier violin and a 1945 Carlisle violin that belonged to Fletcher Bright.  What sound qualities differ in each of these violins?

LL: I see many, many musicians from the time when I owned Marin Violin. I’m lucky to get to still play occasionally with Paul Shelasky, when we do our bi-monthly gigs at the Roaring Donkey in Petaluma. And of course, Tom Rozum, Todd Phillips, Mike Marshall and Kathy Kallick were all friends during that time, too, along with many others.

At the shop, I repaired, sold, and rented violin-family instruments. I love the fact that each instrument has a unique voice, just like people. The Swett, Squier and Carlisle instruments have very different voices from each other. My Jerome Squier is my work horse, the instrument I most always gravitate towards. I fell in love with it on first hearing it under my ear. It’s very deep-voiced and resonant. I treasure the Carlisle because it was a gift from the family of my departed friend, Fletcher Bright. It has a more reedy, contained voice, which I think is more suited for Irish music. So I thought it would complement “O The Wind and Rain.” The Joel Swett fiddle belonged to my former bandmate and dear friend, Beth Weil. When she decided to sell it, I jumped at the chance to buy it. I’d say its voice is somewhere in between the other fiddles. But of course, on “Old Friend” I play it in a GDGD tuning, which makes it sound more resonant than it might in a standard tuning.

BH:  Continuing with instruments, you and Molly played a D18 and D28 style guitar from the Prewar Guitar Company on “The Lonely One.”  Were these made as a paired set for this project?

LL: No. We both ordered our guitars separately. I sent the company the wood for the back and sides of my D28-style. I love the way it came out. I think by now, Molly has at least two Prewar Guitar Company guitars. They make some great instruments, that really seem to capture the old Martin sound. We recorded “The Lonely One” while i was in Nashville. I just happened to have my Prewar with me, and Molly showed up at the studio with hers.

BH:  One of the album highlights has to be your “This Is Our Home” song with Nina Gerber.  Her electric guitar blends well with Mike Seeger’s Holzapfel 12-string guitar and the underlying lyrics that reflect on our ocean home and what has been happening to our environment.

LL: Thank you. I really like how that song came out. I love Nina’s electric playing. With all the sustain available to her, it’s like another voice alongside mine. As for the song, I often don’t know where my writing will lead me. I don’t think I knew where that song was going to end up when I started it as a meditation on the ocean.

BH:  Many of the other songs reach out directly to the listener with tales of woe or remembrances of things past:  “Old Friend,” “Mama Cry,” and “Troubled Times.”  The duets are all powerful renditions and you seem to have gathered the right voices to share the harmonies.  Thank you for giving voice to our emotions and worries in these most interesting times.

LL: It is my pleasure. I loved watching this project take shape, and picking the material for the pairing, like picking the perfect wine for a particular meal course. Luckily, I have fantastic, talented friends in my cellar!

*****
Added note:  As of this writing, many musicians have had their performances cancelled and are “sheltered in place.”  Consider ordering a copy of the new CD from Laurie directly.