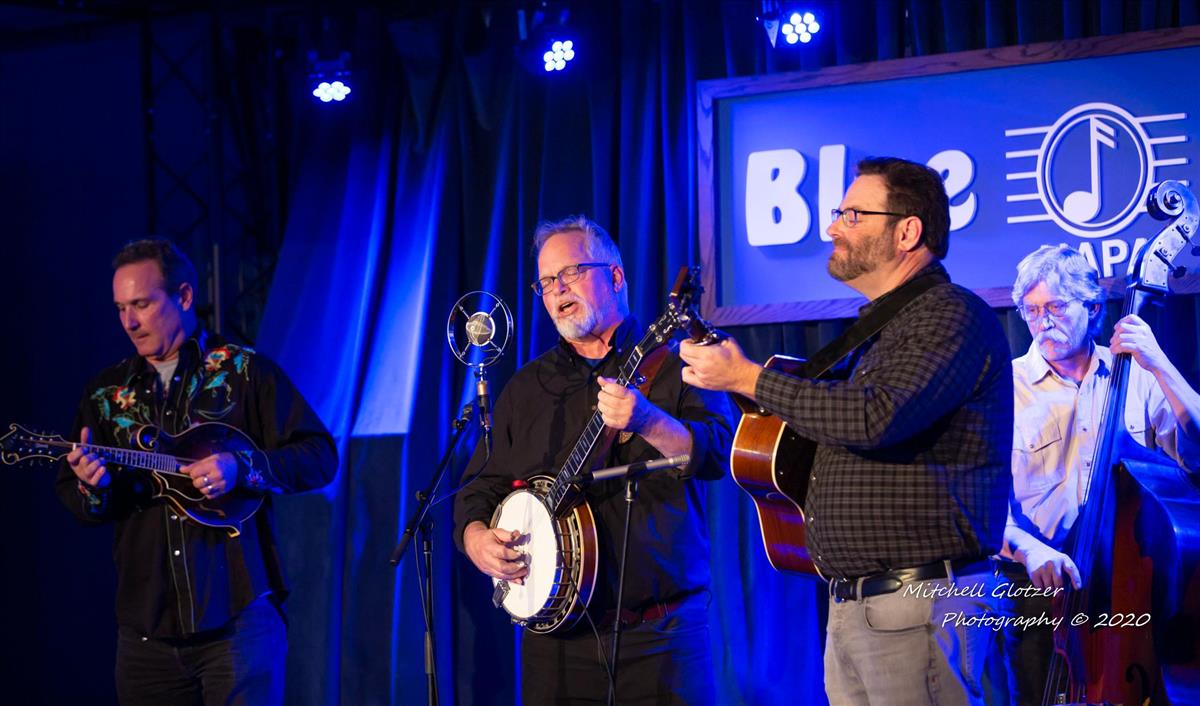 Local artists, club owners, promoters and music executives are calling on the government to help save the live music scene in the Bay Area and beyond.

The Grateful Dead’s Bob Weir, Blue Note Records’ Don Was, Another Planet Entertainment’s Allen Scott and Blue Note Napa’s Ken Tesler are among the music industry professionals who joined Congressman Mike Thompson, D-St. Helena during an online press conference on Tuesday, Sept. 15, in support of two bills that would help a nationwide live music scene that has been decimated by the coronavirus pandemic.

“Everyone knows that music feeds our soul,” says Thompson, whose district includes Napa. “Especially in these tough times, music is a way for us to feel connected across distance and a way for us to build bridges between divides.

“I am going to do everything I can to get these bills passed and signed into law.”

The two bipartisan proposals introduced to Congress are the Restart Act and the Save Our Stages Act, both of which advocates see as crucial measures to battle this crisis that could result in dire consequences for the entire music industry.

“You can’t have a music business without the live music industry,” Was says.

Was’ business is to sell records, but he knows just how hard it is to do that without getting the artists out on tour. That’s especially true for newer acts who are working to establish fan bases as well as support from radio.

Established artists like Weir — a Rock and Roll Hall of Famer with the Bay Area’s own Grateful Dead and a current member of touring juggernaut Dead & Company — rely on the live music industry as well. But Weir isn’t thinking so much about himself — or other multimillionaire artists — when it comes to passing these bills.

“I’ve done well,” says Weir, making the understatement of the press conference. “I have something of a cushion to fall back on.”

Other people, he points out, desperately need the income associated with live music scene. He’s talking about roadies, ticket takers, ushers, etc. They are the ones who really need — in Grateful Dead speak — “a miracle” from Congress.

“We need help from the government,” says Weir, noting that this is a cause that everyone can get behind. “I’d like to point out here that music crosses party lines.

And these two bills would help ensure that there will be venues for music still around once the COVID-19 restrictions end.

The Restart Act would establish a new loan program for performing arts venues and other businesses that have hit hard by the pandemic, Thompson says.

“This bill would give these venues the capital and the flexibility needed as they move toward recovery,” he says.

The terms of the loan include that it not last more than seven years and there would be no payment on the principal for the first two years of the loan. The amount of loan cannot be greater than 45 percent of the organization’s 2019 gross receipts — up to $12 million. This is for organizations that do not have more than 5,000 full-time employees.

The Save Our Stages Act looks to authorize the Small Business Administration (SBA) to make grants to live venue operators, producers, promoters and talent representatives to help offset the economic hardships caused from COVID-19. It would allow for an initial grant of up to $12 million dollars to an eligible party as well as a supplemental grant for up to 50 percent of the initial grant.

These bills would not only have a big impact on supporting the music industry — but the overall economy as well. Organizers of this press conference noted that the live events and entertainment industry contributes over $877 billion into the economy, accounting for roughly 4.5 percent of the gross domestic product.

Of course, it’s not just musicians and promoters who count on the money brought in from live performances. It’s also all the business — like restaurants, hotels and transportation — that benefit from people going out to see a show. The ripple effect is huge, with organizers of this press conference saying that for every “$1 spent on a ticket at a small music venue, $12 are spent in the local economy on related services.”

“It spiderwebs out to thousands and thousands of people,” says Scott, who is the head of concerts and festivals at Another Planet Entertainment.

Another Planet produces Outside Lands as well as concerts at the Fox in Oakland, Bill Graham Civic Auditorium in San Francisco, Greek Theatre in Berkeley and many other venues. All told, the Berkeley-based company puts on around 1,000 live events per year. But all of that has been hold since March, when the mandate came down to close venues due to the coronavirus pandemic.

Another Planet spearheaded this press conference with Blue Note Napa, another popular venue that has been shuttered now for six months with no end in site.

“The arts are essential,” says Ken Tesler, managing Director of Blue Note Napa and JaM Cellars Ballroom. “And jobs are essential. Our workers have been some of the hardest hit in this pandemic. A place for a community to gather and serve each other is essential — whether it is locals night to hang with friends after work or fundraisers for firemen.

“And the local economy is essential — and we are at its heart in downtown Napa. So, I am therefore committed to raising awareness to both the Save Our Stages act and the Restart act, bills that can really be the difference makers, not just for my business, but for businesses like it across the country.”

By JIM HARRINGTON | [email protected] | Bay Area News Group
PUBLISHED: September 15, 2020 at 2:32 p.m. | UPDATED: September 16, 2020 at 4:02 a.m.
Local artists, club owners, promoters and music executives are calling on the government to help save the live music scene in the Bay Area and beyond.