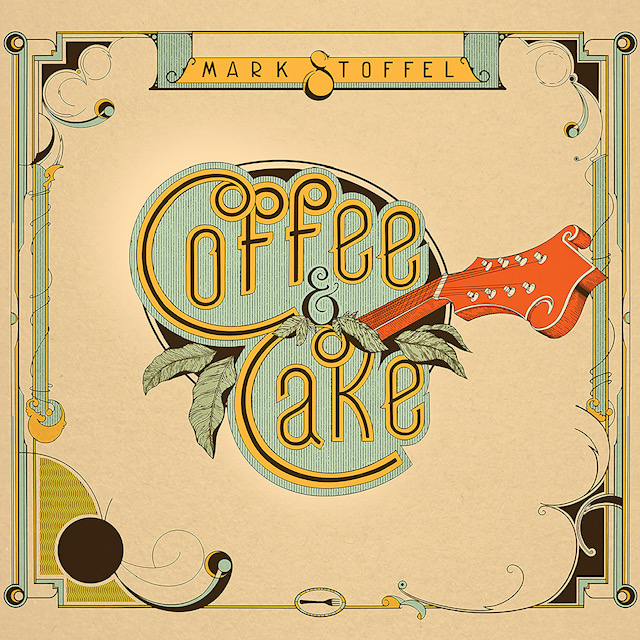 Phil Salazar & the Kin Folk:  All That! For This?
www.pskfband.com

Song List:  There Is A Time, Picking Out My Memories With You, Little Maggie, All He Ever Saw Was You, Pickaway, Farewell to Glasgow/Dunmore Lassies, Robin Banks and Greta Way, Ding Dong Daddy, Happy Town, If I Lose, Molly and Tenbrooks, I Know You Rider, Like a River.

Bluegrass bands form and reconfigure with the changes in the seasons, so it’s unusual to have a band that’s been in existence for over thirty-five years.  It has also been called the Acousticats and Rincon Ramblers, and the intensity instrumental interplays and the sprightly lyrics continue to be a hallmark of the band.  Current band members are Phil on vocals and fiddle, Bill Knopf on banjo, guitar, and vocals, Tom Corbett on mandolin and vocals, Bill Flores on dobro, guitar and accordion, Rick Borella on bass and Elizabeth Rizor on fiddle.  With all the menfolk being part of the band for over twenty years, there’s a reason Phil has honored them as his kinfolk.

Bill is the author of over twenty banjo instructional books, and his melodic and Scruggs style playing are highlighted in many of the songs.  “Little Maggie” is filled with a fiddle and dobro pulse, interlaced with banjo solos and fiddle flourishes.  “Pickaway” begins some fine banjo playing matched with dobro followed by guitar and fiddle solos.  The band switches tempo and plays the medley “Farewell to Glasgow” and “Dunmore Lassies” with a glorious Celtic lilt and bounce.  They journey back to bluegrass with Ralph Stanley’s “If I Lose” and Bill Monroe’s “Molly and Tenbrooks, “ with a well-blended vocal harmony.  Tom wrote the feel good “Happy Town,” and the bouncy story of two lawbreakers, “Robin Banks and Greta Way.” The Dillards’ “There Is A Time” opens the album, and their joyous delivery adds a touch of nostalgia to those who enjoyed the early Southern California bluegrass scene.  Phil and the Kin Folk have a delightful mix of musical genres in a feel good collection that shows why they are still happily singing and playing together after all these years!

Song List:  The Grass Is Greener, Standing on the Rock, Take Me to the River, I Won’t Send You Flowers, Born to Do, Just a Little Rain, Rising Sun, Shoulda Known Better, Thief in the Night, Constant State of Grace.

Ray Cardwell grew up in a musical family that performed at bluegrass festivals and includes sister Nancy Cardwell of the IBMA.  He also spent years performing as part of New Tradition and possesses a magnificent four-octave singing face and multi-instrument talents.  Ray is also a talented songwriter, and half of the songs on the album were written by him.  Joining him are versatile instrumentalists that easily shift the pace and style to match the songs: Danny Roberts on mandolin, Adam Haynes on fiddle, and Tony Wray on banjo and guitar with Ray covering the bass.

The opening song, “The Grass Is Greener,” begins with a harmony vocal followed by Ray’s emotional delivery of a wanderer’s gypsy soul and the constant quest interlaced with evocative guitar and mandolin solos.  A soulful cover of Al Green’s “Take Me to the River” highlights Ray’s vocal versatility and the instrumental solos skillfully weave around the song’s melody line.  The banjo solo is probably unique – soul banjo!  Ray’s original “Born To Do” is a vocal and instrumental romp with the mandolin and banjo again taking a full, hard-driving rhythm to traditional lyrics (jump down, turn around, give the dog a bone) interconnected in new context.

Ray also had a career teaching chorus and music and his vocals are outstanding.  The gentle life of a homeless woman is revealed in “Constant State of Grace,” and Irene Kelley and Darrell Scott’s lyrics make the “vagabond who has lost the human race” a soul worthy of noticing.  Rick Lang and Stephen Mougin’s “I Won’t Send You Flowers” is a love song that goes beyond the gift of flowers to the true gift of loving concern.  The rousing “Thief in the Night” from Ray and Danny Roberts has the joy and celebration of a great gospel song.  Ten songs, ten images of life and love, are a gift from a talented writer.

Song List:  The Flood of 2010, Throw the Stone, If You Sign Up for the Kingdom, In This House, East Kentucky Blues, Pieta, Suffering’s Gonna Find You, New River Gorge, Evening Prayer Blues, No One Knows, Emancipation Blues, Something About a Sunset, Adios Boys.

Thomm Jutz has lived in two worlds:  growing up in Germany and moving to the United States to follow his musical dreams, writing award winning songs that span the bluegrass and singer/songwriter genres, and collaborating with a wide range of other musicians to create songs with depth of lyrics and melody,

Thomm is a talented guitarist, and many of the songs feature just his heartfelt vocal solos and carefully crafted guitar instrumentation.  His skill at laying down a crisp rhythm and a melodic backdrop led to his first jobs with Nanci Griffith and David Olney, his many appearances as a album producer and many songs written with others.  “Evening Prayer Blues” and “Emancipation Blues” revisit the hard times after the Civil War and the struggles of people living in the South.  “East Kentucky Blues” has an extended solo guitar introduction and follows the journey and return from the hardships of Kentucky where the advice is “get out while you still can choose.”  The aftermath of the Civil War and the hardships faced by the newly freed slaves is one of the many songs that Thomm has written about historical American events.  Some other songs have a strong gospel flavor with “If You Sign Up For The Kingdom” with a the repeating chorus weaving through the song. The destruction of Notre Dame cathedral inspired “Pieta” with the singer invoking the power of the prayers at the marble statue.  The murder of George Floyd is part of the storyline behind “Throw the Stone.”  The instinct to harm by throwing stones in anger is presented with the reminder that the thrower is acting alone while part of a screaming crowd.  It’s an extension of the Biblical “let he who is without sin cast the first stone.”

There are also several bluegrass band based songs.  Thomm plays guitar and is joined by Mark Fain on bass, Mike Compton on mandolin, Tammy Rogers on fiddle and Justin Moses on banjo and dobro.  The themes of death and domestic violence appear in “This House” with an abusive husband, and suicidal lovers in “New River Gorge.”  These new songs sound traditional which is a high compliment.  The “Flood of 2010” is about the flooding in Nashville, and listeners will be able to identify landmarks such as Gruhn Guitars, the honky tonks and bars, Orpy House, and the War Memorial.  The song is performed twice, bluegrass band style with banjo and mandolin solos, and solo with just Thomm’s vocal and guitar.  Two styles, two worlds, and a presentation that will tempt and delight!

Song List:  Shadowbands, Driving Me Mandolin, In the Ben Lamond, Frost on the Pretzel, Coffee & Cake, Buckminster Waltz, The Old Mountaineer, March of the Lemmings, Daley’s Reel/Make Me a Little Boat, Ying and Yang, Woody’s Rag/Night Driver’s Rag, Finn and Ollie, In the Mood.

Mark’s musical journey began with a gift mandolin (he had asked for a ukulele) when he was a child in Germany.  Needless to say, finding bluegrass mandolin was not an easy task, but Mark developed his skills and helped touring bluegrass groups whenever they were in Germany.  He later moved to the United States and has now been in many bands including his current status as the mandolin player in Chris Jones and the Night Drivers.

Nine of the thirteen songs are Mark’s original compositions, and his melodies have a vibrant bounce that has elements of jazz, newgrass, and bluegrass.  He has also a great group of musicians on the album including members of the Night Drivers.  The magnificent rendering of Glenn Miller’s “In the Mood” includes 17 musicians with Mike Compton, Jesse Brock, Alan Bibey, and Wayne Benson adding to the mandolin mixture.  The opening song, “Shadowbands,” was inspired by the 2017 solar eclipse.  Shadowbands are wavy light patterns that appear on the ground before and after totality.  The song’s melody builds an anticipatory sequence and the banjo, fiddle, bass, and guitar all blend beautifully.  An online video of the song has the musicians playing in outdoor settings in Ireland, Australia, and the United States.

Mark’s remembrances of childhood foods inspired his “Frost on the Pretzel” and “Coffee and Cake” (kaffee und kuchen).  Both songs have happy fiddle and banjo breaks, and Mark’s mandolin has bubbly “coffee” percolating along with his dessert.  “Buckminster Waltz” is a gentle, flowing tune that honors the architect Buckminster Fuller, and “The Old Mountaineer” is one of Bill Monroe’s songs performed with Jeremy Garrett on fiddle and Josh Morrison on guitar.  Mark adds the swirling sound of a resonator mandolin to the “March of the Lemmings” and the hypnotizing melody follows the fatal march to the sea.  For fans of fast-paced fiddle tunes, Mark plays “Daley’s Reel,” “Woody’s Rag,” and his “Night Driver’s Rag.”  “Ying and Yang” opens with a slow mandolin melody followed by Rob Ickes on dobro and Josh on guitar and it evolves into a mind easing meditation.  This is only Mark’s second solo album, and hopefully many more will come!