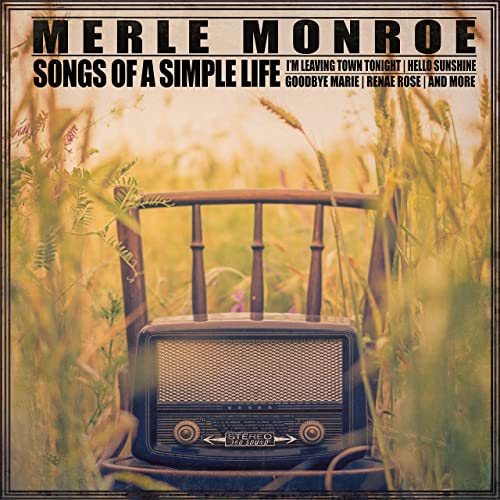 Merle Monroe was started by Tim Raybon and Daniel Grindstaff joined by their common appreciation for the music as performed by Merle Haggard and Bill Monroe.  Their vocal harmonies and instrumental skills on guitar and banjo made them a nominee for the IBMA New Artist of the Year in 2020.  Tim wrote seven of the twelve songs, and the other five are popular hits from other country artists.  Due to the pandemic, ten other musicians added to the songs on the album and when the band begins touring again, the band may be reconfigured.

“Hello Sunshine” is a bright, bouncy greeting song followed by a banjo paced “I’m Leaving Town Tonight” that has a often told tale of departure.  “Shelby Tell Me” is another Raybon original and it is an album highlight with its love at first sight in a diner story.  “Sing His Praises Forever” has the two singers putting a power rendition to a gospel original.  Another original gospel song is “God’s Still in Control” that charted #1 in a single release.   Don Gibson had success with “A Legend in My Time,” Bill Anderson wrote “Saginaw Michigan,” and the Gosdin Brothers’ “Roll On Muddy River” inspire a renewed excitement with Tim and Daniel’s rendition.  If you like your country and bluegrass smooth and precise, Merle Monroe is a band to follow.