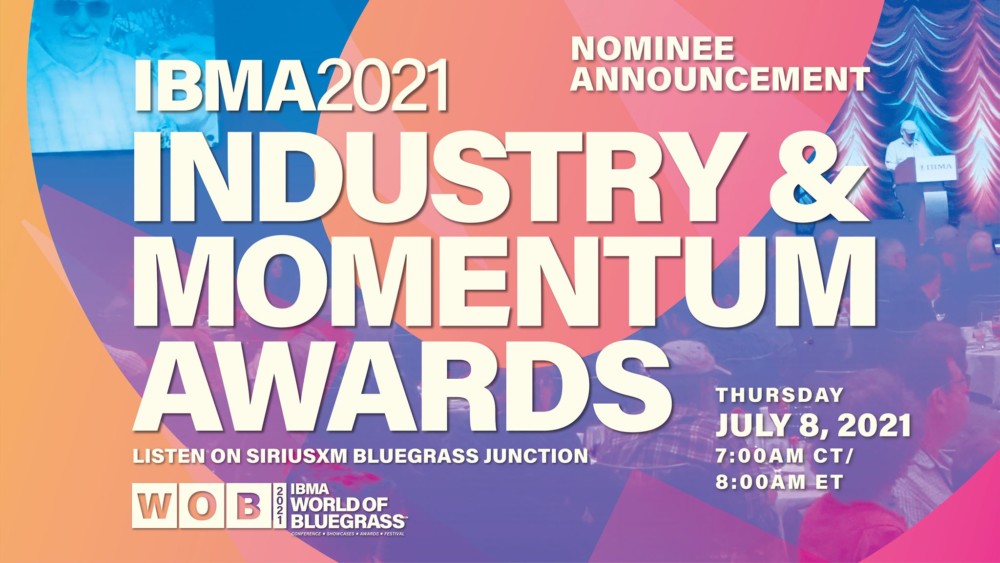 The International Bluegrass Music Association announced today the nominees for this year’s IBMA Industry Awards and IBMA Momentum Awards, which will be presented during IBMA World of Bluegrass, September 28-October 2. We are honored to see so many 2021 IBMA Award nominees from our California Bluegrass community!

The IBMA Industry Awards recognize the exceptional contributions of those talented professionals who are essential to Bluegrass music. The CBA JAM-a-THON and Porch Pride were both nominated for “Event of the Year” and and Peter Thompson was nominated for “Broadcaster of the Year”.

The CBA Congratulates all of the 2021 IBMA Industry Awards and Momentum Awards nominees!

For a complete list of the 2021 IBMA award nominees and more information on the IBMA, visit worldofbluegrass.org