Matt & George and their Pleasant Valley Boys at Willowbrook 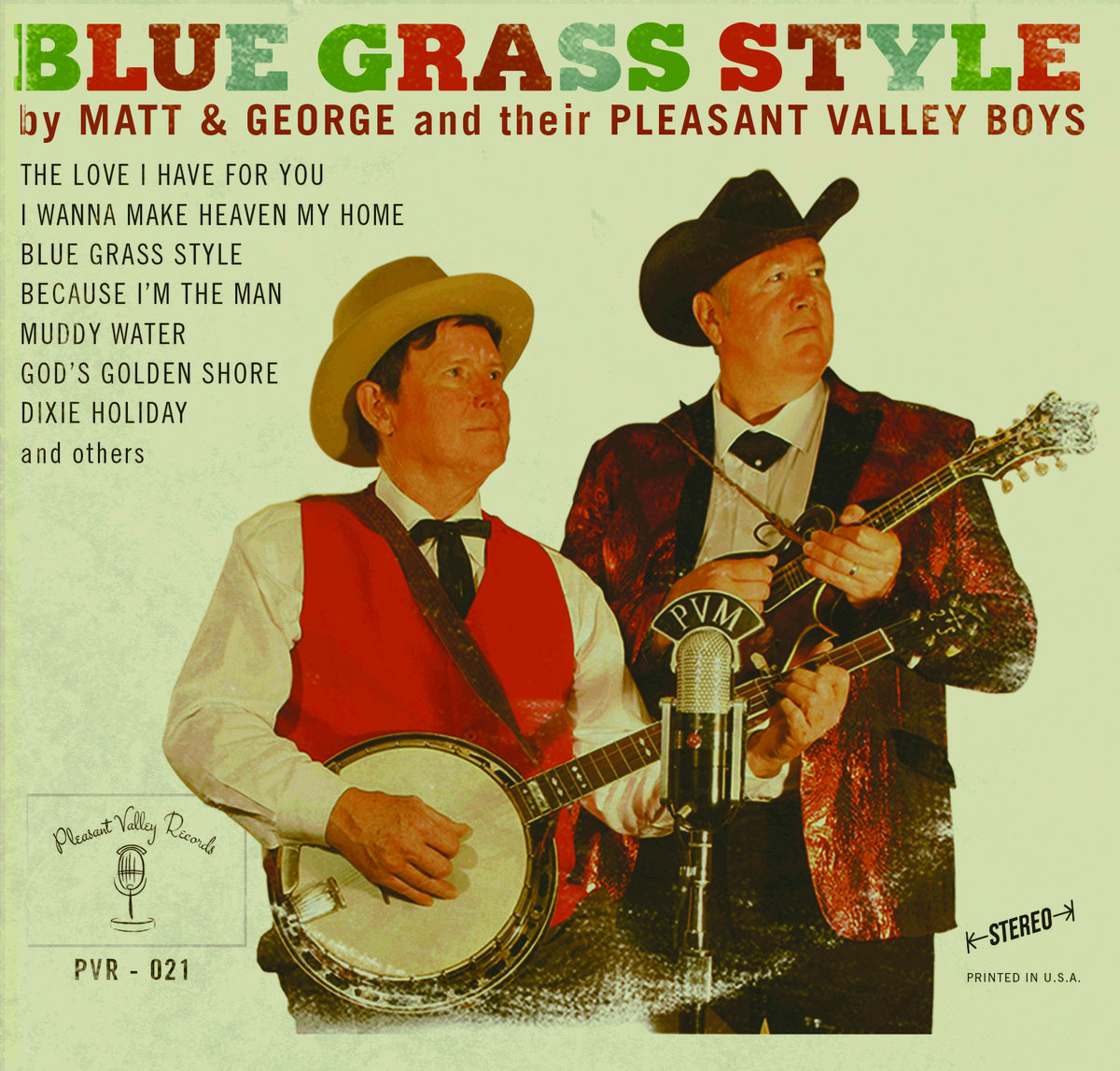 Pickers of traditional-styled blue grass music are always paying tribute to their musical heroes. Whether it’s “here’s a lick I learned from so and so”, or just that they stay “within the rules”. Matt & George have tried to take this idea just a step further, in order to make this recording special. They have chosen songs learned from their (mostly early, local) blue grass heroes. It is, after all, the band’s 10th anniversary. With all original members, at that!