Broken Compass at the Back Room in Berkeley 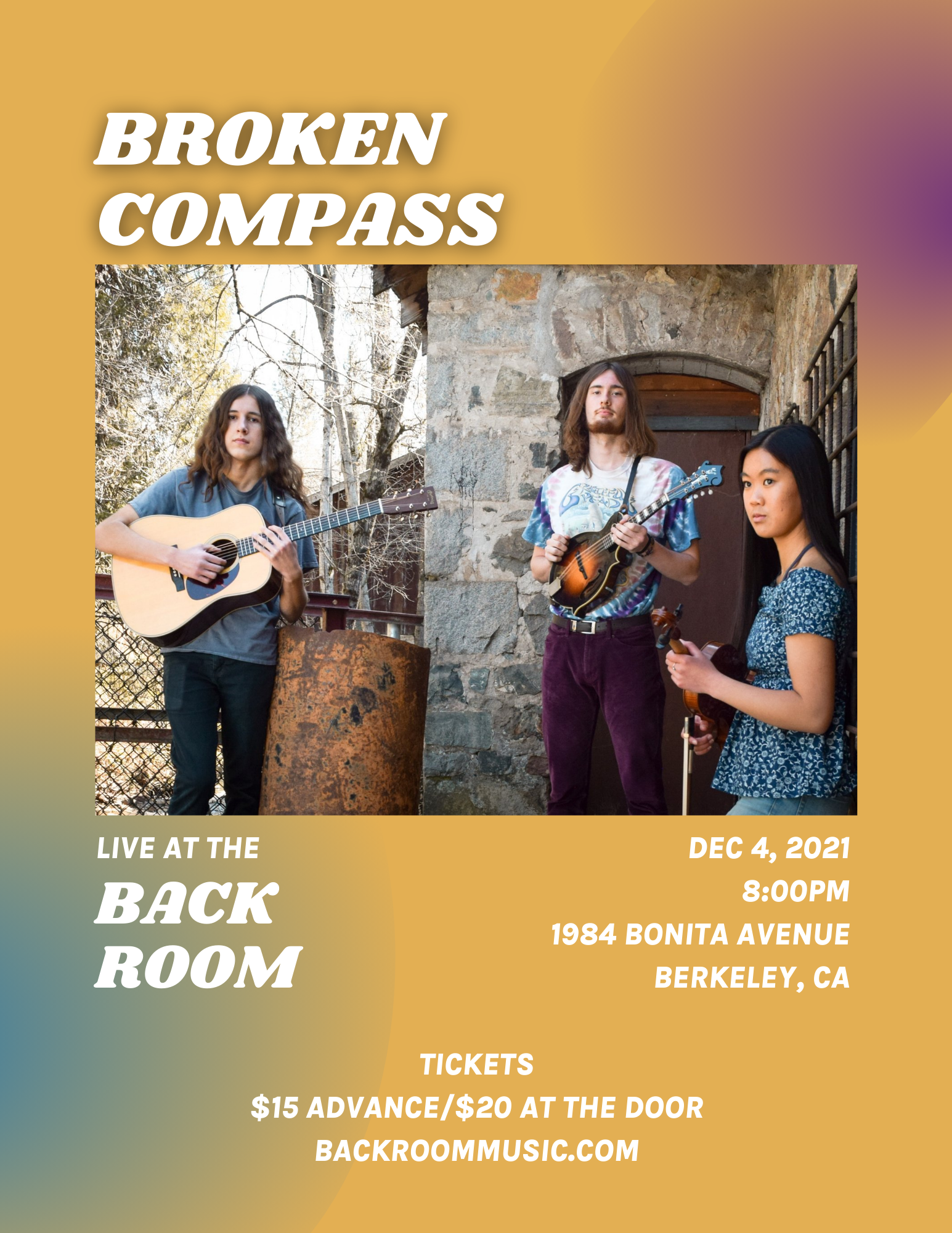 Emerging as a band just a few months ago, Broken Compass has already been recognized for their tight arrangements, tasteful playing, and distinguished songwriting. The band performs a mix of jamgrass, bluegrass, country, Grateful Dead material, and numerous originals.

Based in northern California, Broken Compass includes Kyle Ledson (19), Django Ruckrich (17), and Mei Lin Heirendt (16). Though still teenagers, they are no strangers to the music industry. All three are seasoned performers, multi-instrumentalists, songwriters, and singers and have established themselves as some of California’s most prominent up-and-coming youth. Now coming together as a band, they are a fresh force in the music scene today.

*All three band members were former CBA KOB and have grown up going to the annual Father’s Day Festival in Grass Valley. Follow this link for more info on the band: https://msha.ke/brokencompass/