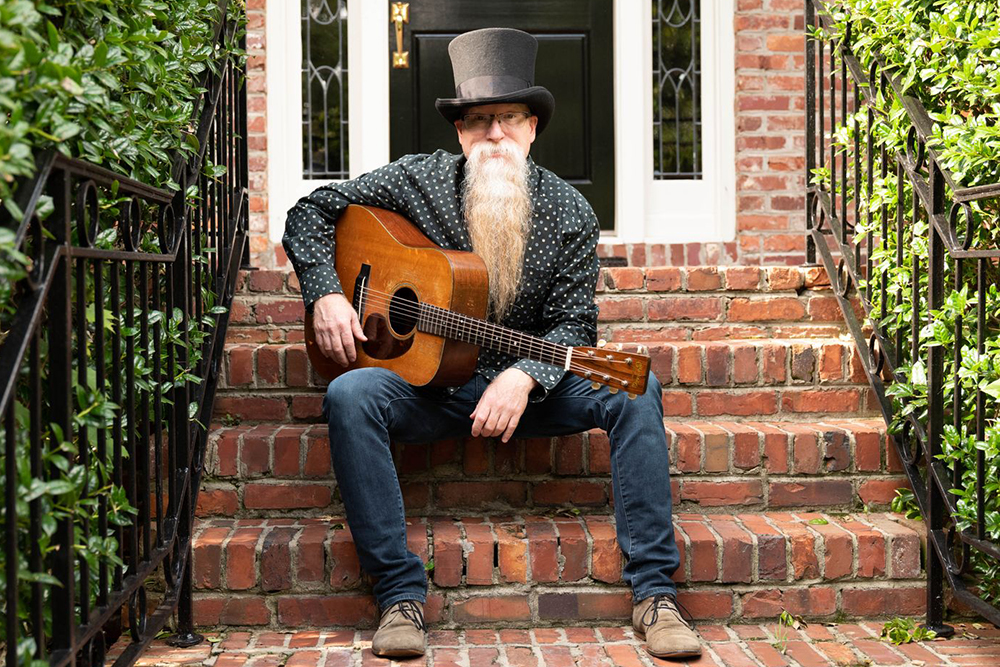 David Grier is an international star flat picker if not the best in the world.

He plays, he sings and he is witty. The perfect show. We have waited a long time to get him and may never get him again. He is here almost by accident. This is a true star. I want you to see and hear this virtuoso. You will be stunned and impressed.

YES, I REALLY WANT YOU TO BE A WITNESS TO THE MUSICAL MAGIC OF DAVID GRIER. HE IS MAGNIFICENT.

I JUST TALKED TO A VERY, VERY GOOD GUITARIST WHO SAID, “IN ALL OF MY PROFESSIONAL LIFE NO MATTER HOW HARD I TRY, I WILL NEVER BE AS GOOD AS DAVID GRIER.” WOW !!!

ACOUSTIC SOLO GUITAR – BLUEGRASS FRINGE! Playing original tunes (Yes, he sings!) & arrangements of standards thru-out this show, you have not heard the guitar played with this much taste!
Can you say MELODY? (Oh, there will be licks a plenty but when is the last time you left a SOLO guitar performance and were able to hum a tune you heard? Or even wanted to?).

Today, he is regarded as one of the premier acoustic guitarists in the world, along with his early influences, Doc Watson, Tony Rice, and family friend Clarence White.
Recognized by Acoustic Guitar Magazine in 2000 as one of the Artists of the Decade, and named Guitar Player of the Year three times by the International Bluegrass Music Association, David Grier has played on four Grammy Award-winning albums (True Life Blues: A Tribute to Bill Monroe; The Great Dobro Sessions; Alison Brown’s Fairweather; and Amazing Grace 2: A Country Salute to Gospel)
DAVID GRIER has been hailed for his “deep musical introspection” as well as his “unmatchable mastery of the guitar” (~ Martin Mull). (“Unfettered explosive invention” ~ Tim O’Brien). His most recent release Ways of the World includes 5 songs with his lonesome vocals & 9 instrumentals.
Selected Quotes: “His un-matchable mastery of the guitar is ever present, but it’s the emotional exploration of the music as a whole that leaves a lasting impression. There is evidence everywhere of deep musical introspection: real soul-searching, and, I would have to say, bravery.” ~ Martin Mull
“David Grier is a willful, accurate instrumentalist whose every note seems to run through a bright, intelligent sieve. He maintains an unqualified standard of excellence in guitar playing, always with a knack for unorthodox surprise.” ~ Claire Lynch
“I’ve had the good fortune to see David Grier live several times, and while I certainly delight in watching him play, I especially like to watch folks who have never seen him live before. There’s this denial/acceptance cycle as they try to rationalize what they “know” to be possible with the guitar versus what their eyes and ears are experiencing. . . . And he does it in this self-effacing way that almost undercuts his musical inventiveness [and] preternatural skill.” ~ Chris Thiessen, Flatpick Guitar Magazine.
A TICKET PRICE STEAL FOR THIS QUALITY!