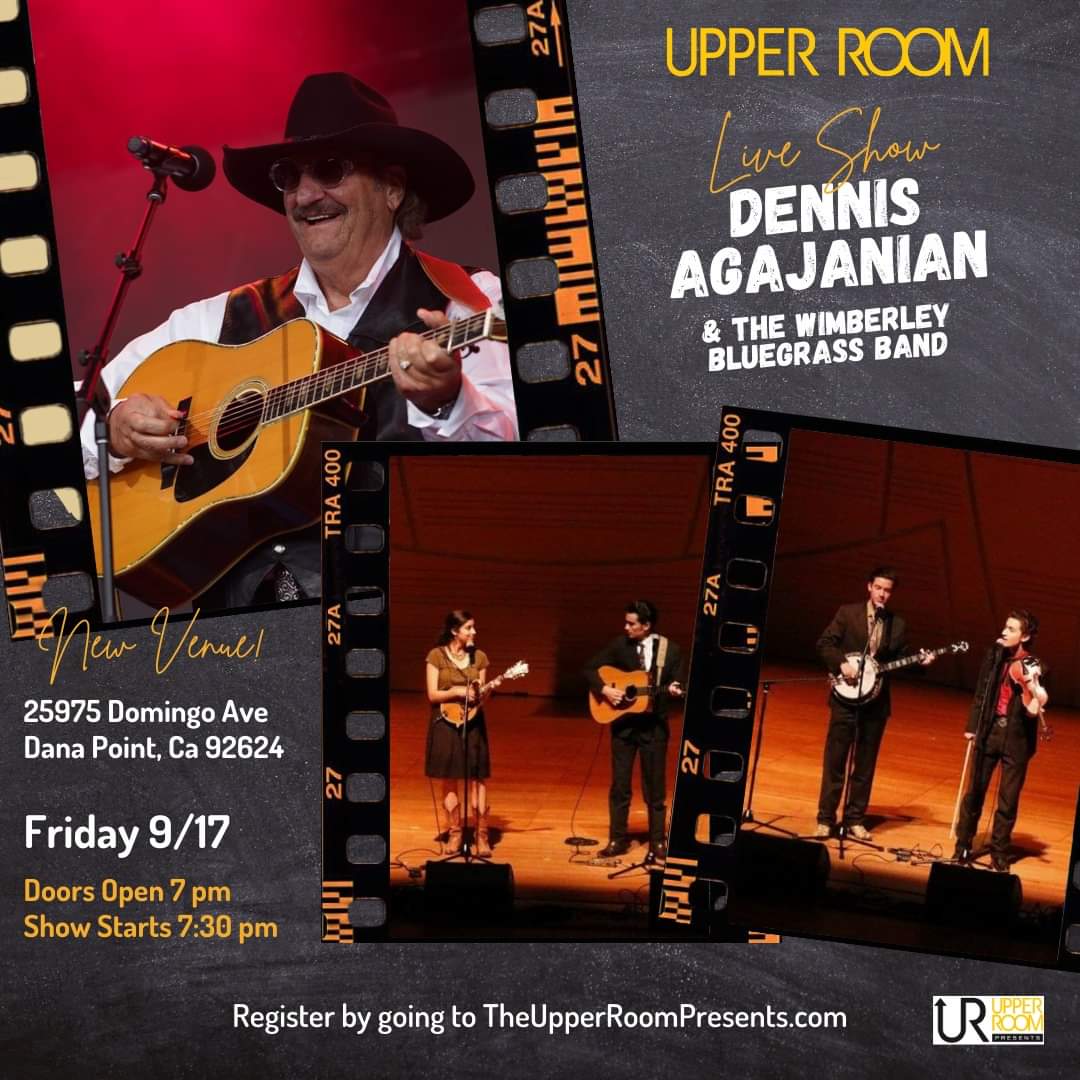 WORLD’S FASTEST FLAT PICKER, DENNIS AGAJANIAN, IS COMING TO THE UPPER ROOM! He’ll be joined by the Wimberley Bluegrass Band!

If you love Bluegrass like us then mark your calendar for September 17th @ 7:30 PM!

It’s not an easy feat, but Dennis Agajanian can do just that. As a result, he has earned a name for himself as the fastest flat guitar picker in the world. Along the way he has been awarded Musician of the Year six times at the Christian Country Music Awards (CCMA) and Entertainer of the Year by the CCMA three times.

Wimberley Bluegrass Band is comprised entirely of four siblings based in Southern California and were named one of Los Angeles’ Top Five Bluegrass Bands by CBS-LA!  They provide fun and wholesome musical entertainment, and strive to keep the traditional sounds of bluegrass music alive and well by taking it to new audiences.

And don’t forget! We moved! Our new location is easy to get to located right off the 5 in Dana Point at: