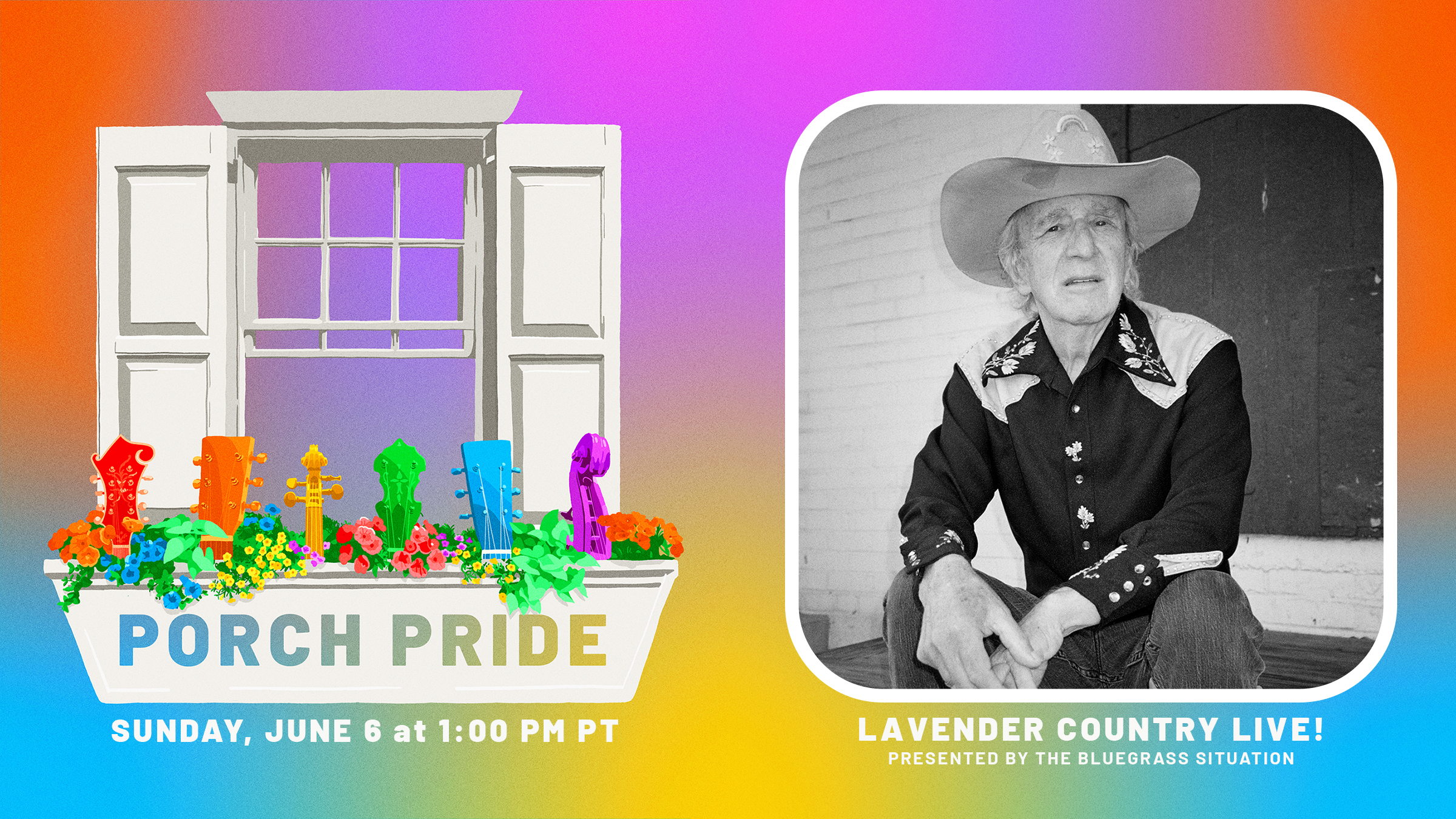 All Porch Pride events are FREE to attend, but Bluegrass Pride encourages those who are able to donate to support all of the artists on the Porch Pride lineup as well as supporting the ongoing work of Bluegrass Pride by giving. Get more information and donate here.

Bluegrass Pride is so excited to open their Porch Pride festivities with Lavender Country, deliberately and overtly paying tribute to the radical, progressive, and anti-fascist roots of the modern queer rights movement, of LGBTQ+ Pride, and of American roots music.