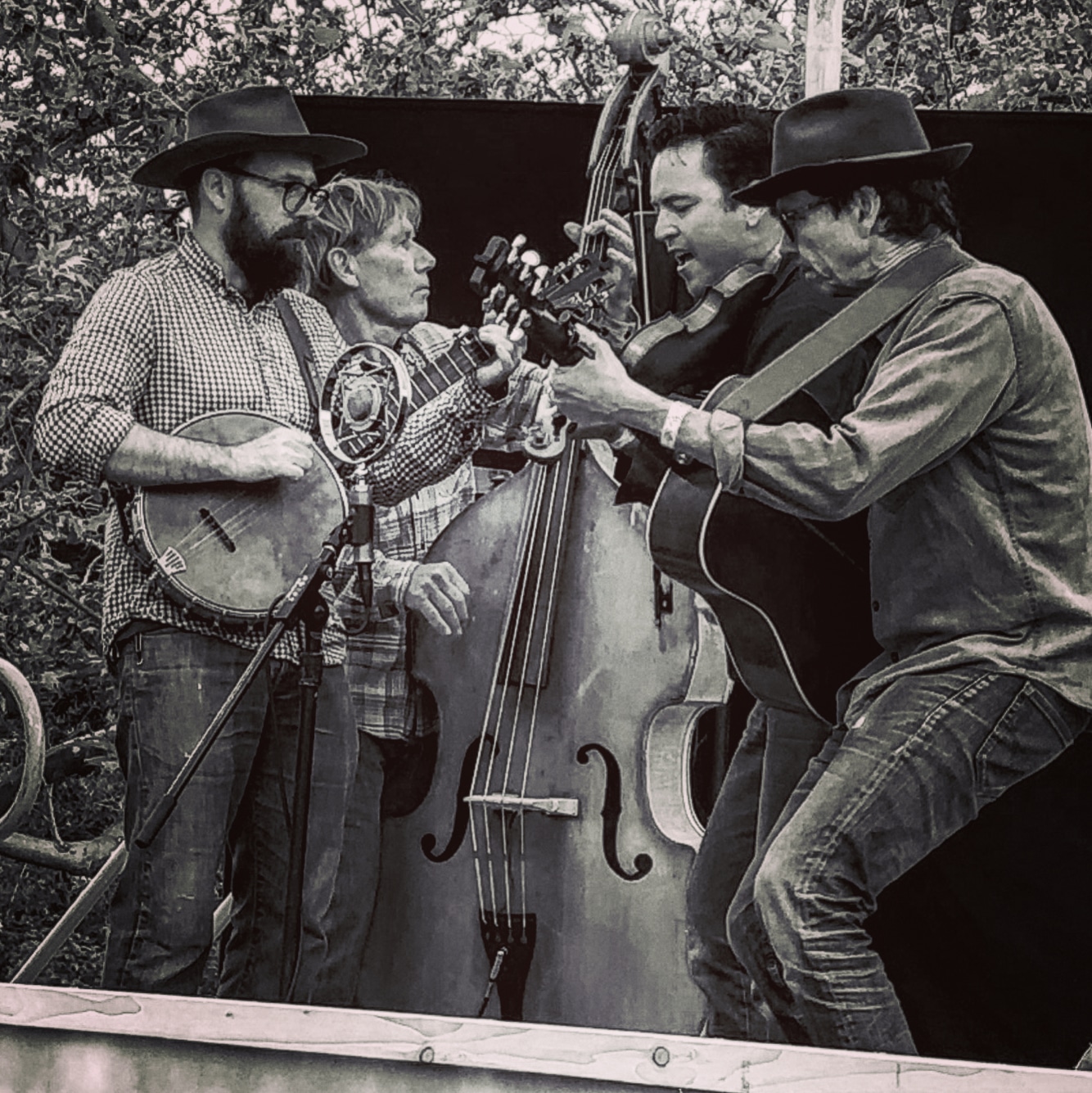 Otter Opry is back with another foot-stompin’ music show on Saturday, August 27th at the United Methodist Church: the SLO County Stumblers, an energetic American string band based on California’s Central Coast. The band features fiddler Casy Meikle, guitarist Stuart Mason, banjo player Daniel Bohlman, and banjo builder Jerry James on bass.
The band formed in 2018 when Meikle returned to California after spending several years in Middle Tennessee. While there, he became steeped in the region’s musical traditions, traveling extensively with a variety of Southern string bands and with buckdancer Thomas Maupin. The Stumblers play hard-driving old time fiddle tunes and spirited songs, heavily influenced by the golden-era string bands of the 1920s and 30s. Their performance is filled with humorous stories and banter and is guaranteed to get your feet moving.
In the short time since the band’s formation, the Stumblers have been hard at work, performing at a variety of folk and bluegrass festivals, square dances, and old time fiddler’s conventions, as well as hosting the annual Pozo Saloon Oldtime Music Gathering. Each member plays a unique role in the band, educating and sharing their love of traditional music and craft. The event includes a public jam starting at 4:00pm and an outside lasagna dinner at 5:30pm ($10 before August 20, $15 at the door). Online sales close at noon the day of performance