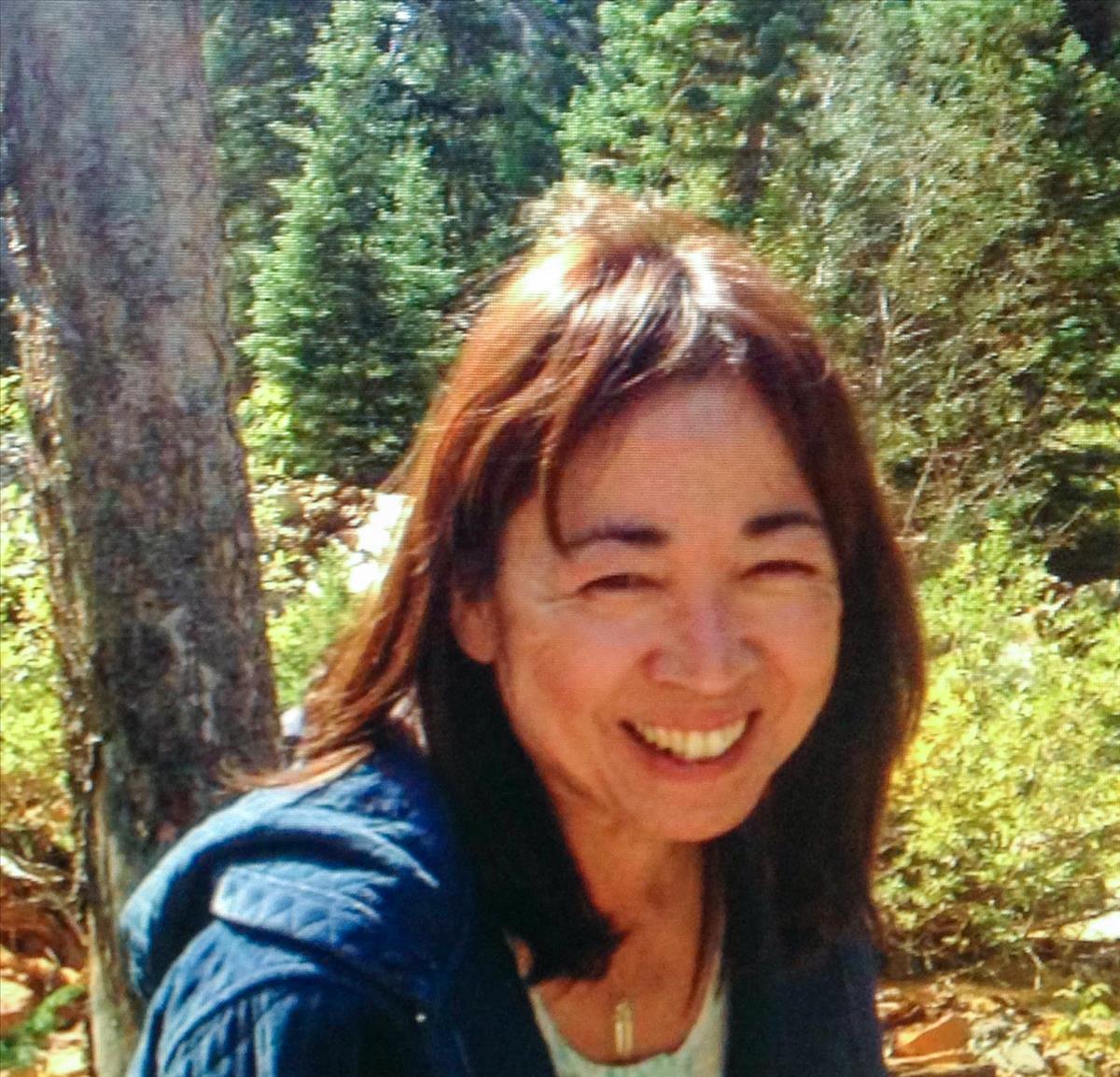 Sometimes, in California, the most unlikely people create bonds and share their lives. Gwen Koyanagi was born in pre-state Maui, Hawaii to a sugar cane plantation family. The family moved to Los Angeles when Gwen was a baby. When she was 10, the school had a music program. She chose violin because it was the smallest. As her mother said, “There are times when you have to run with just what you’ve got on your back.”

Her family moved and her next school did not offer musical instruction. Her family could not afford music lessons, but in the early 70s, musicians would hang out and play at the Redondo Beach Pier. There were dulcimers, banjos, guitars, fiddles, blues musicians. Gwen would bring her fiddle and play along with them by ear. Soon she was going to meetings twice a month at the Old Time Fiddle Club in Signal Hill. There were a few young players, but most of the fiddlers were old men from Canada, Tennessee, Arkansas, Oklahoma and Texas. One man played the fiddle on his chest bone. He sawed with the bow and would twirl the fiddle to change strings when he played. His music had a strong beat and a sweet wailing sound. He was scary looking with wrinkles that looked like dried mud when it was cracked. He wouldn’t talk. He would walk over to Gwen, play a riff, growl and walk away. At first, Gwen wasn’t sure what this meant. Then she brought a tape recorder and took it home to work on the riff. The next time he came over, she played the riff back to him. He looked surprised, smiled and howled, “Well my name is Bob Rodgers! Glad to meet you!” She learned a lot from Bob and the other fiddlers. She asked them why their own children and grandchildren weren’t here learning fiddle tunes too. They said their children wanted to play rock and roll!

Roscoe White, a senior champion fiddler from Arkansas, and his wife, Ossie, who played back-up guitar, took Gwen under their wing. They encouraged her mother to drive her to fiddle contests all over the state. Back then, contests were spontaneous, had no time limit, and no requirement to pre-register. Ossie would tell her, “Play this, this and this.” Judging was blind – the judges were in a trailer or another room and only knew the player’s number. Sometimes, in smaller contests, the fiddlers were all tall white men in jeans and cowboy hats. Gwen was half their size and in a dress. And yet she was winning fiddle contests and bringing home trophies.
In 1974, she won the Junior division of the California State Championships. Mark O’Connor won the JrJr division, Laurie Lewis won the ladies division, and Jana Jae won the men’s division. Jana kept winning the ladies division, so they made her enter the men’s division. That was the end of dividing the California State Championships by men and women.

At 19 Gwen went to Weiser, Idaho Nationals and made it to the final round of the women’s division. Before she was to play, the neck fell off her fiddle. A man came up to her and said, “I heard about your troubles. I want to help you. I’ll let you play my fiddle.” Gwen had no idea who this strange man in the dark was and said, no, she would borrow one from a friend. She received 4th place. She learned that the strange man was Benny Thomasson.

After high school Gwen worked various full time jobs, but played fiddle several nights a week in Aspen Colorado and San Francisco. A few years later, she laid down her fiddle to lead a “normal life.” When she retired from her corporate job twenty years later she needed something to do. Fiddling soon became a passion again. Now 63 years old, she plays for local bluegrass and country bands, again teaming up with unlikely characters. Gwen encourages everyone to keep learning and pursue their passions all the days of their lives.