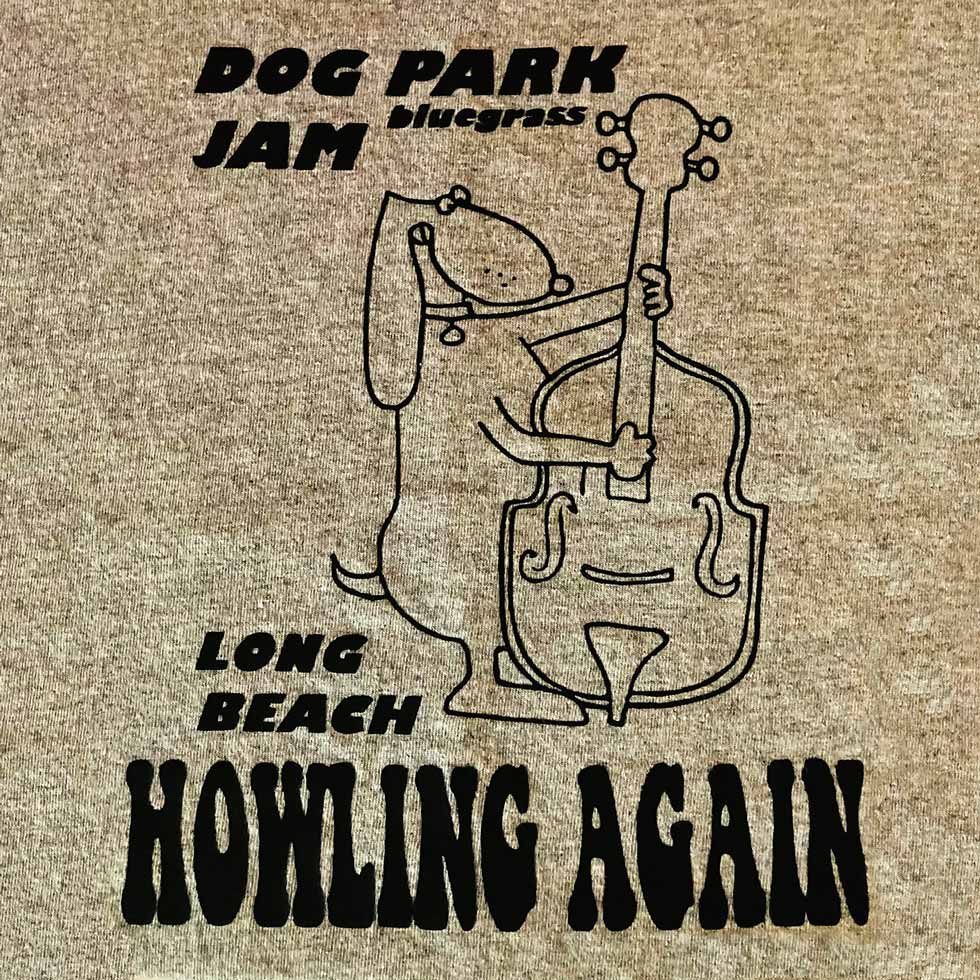 For the last 8 years I have spent many Saturdays at the Long Beach Dog Park Jam chopping on the 2 and 4, hoping not to blow it when someone gives me the nod for a break. Making friends and absorbing everything I can about this music I’ve fallen in love with. These people have become a second family to me. The jam itself has been going for more than 20 years, maybe even longer. Saturday March 14, 2020 our minds were all on Covid 19. Some of us had been sent home from work, others were starting to see grocery and toilet paper shortages. We knew very little about the virus at that point and had not even been advised to wear masks yet. Despite the uneasiness and some wet weather, for a few hours we took our mind off of the unknown and enjoyed music with friends in a circle that was about to be broken for a year.

Covid 19 forced the Dog Park Jam into hiatus. For many, playing Bluegrass with people in person wasn’t an option or a risk worth taking. Some of us got lucky and podded up with people who play Bluegrass, others retreated to isolated practice, and others focused on surviving. Through all of 2020 and the start of 2021 the Dog Park regulars met every Saturday on zoom for a social check in. Some jammed as best they could on JamKazam and Acapella and did what everyone in the world did…made the best of a surreal year.

A few weeks ago I got wind that most of the regulars had all been vaccinated and would be starting the jam back up on Saturday, March 14, 2021. Phoebe Leigh-Suelflow and her husband Gerry even designed and took orders for T-shirts to commemorate the return. The days leading up to the restart were oddly stormy and wet for Southern California, but as I woke up that morning, the sky was blue, we had perfect jam weather and a beautiful metaphor.

As I left the house I threw on one of my oldest cloth masks (made by Phoebe, who made a mask that’s in the Country Music Hall of Fame.) We pulled up in the parking lot, we saw Phoebe, Gerry, and Mr. Chris Webb setting up their chairs and tuning up. It felt like things were back to normal.

After catching up and normal chitchat, Gerry called Angeline the Baker. I will not claim it was anyone’s best moment, but we loosened up, shook off the dust, and with one fiddle tune took back something stolen from us for almost a year. What followed was 3 hours of “Nelly Kane”, “Catfish John”, “White Dove”, “Southern Flavor” and “Blue Moon of Kentucky”. When the group peaked at 13 we split into two groups for an hour or so. Then as noon rolled around people started to leave; the stragglers reformed and jammed on a few more songs. The truth was, no one really wanted to leave.