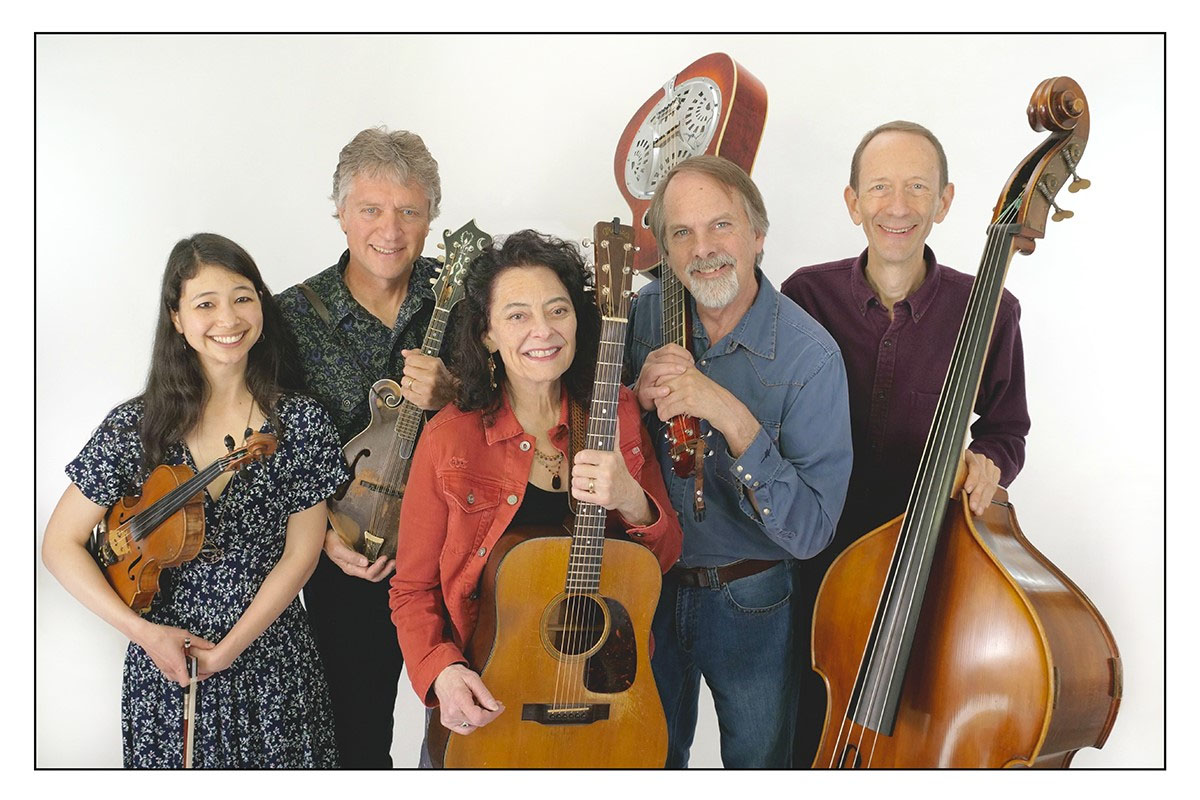 “As a founding member of Good Ol’ Persons, Kathy Kallick pioneered a place for women in bluegrass. Some 20 albums and several major awards later, the singer-songwriter/guitarist approaches her music with the same irrepressible enthusiasm. On Horrible World, you’ll marvel at the individual virtuosity, the group cohesiveness, and several beautifully-sung Kallick originals that express both timely pessimism and tireless hope.” – Derk Richardson, Oakland

“Jaw-dropping awesome!!!” is how the Delaware Valley Bluegrass Festival describes the Kathy Kallick Band, and they look forward to proving them right at every show!

The Kathy Kallick Band is based along the west coast, from the San Francisco Bay Area to Anchorage, but their powerful mixture of original and classic music, mirroring their distinctive combination of traditional and contemporary sensibilities, has great appeal everywhere. These shows will feature music from the band’s latest release, Horrible World, which has been riding high on both the national bluegrass and folk charts, along with selections from throughout Kathy Kallick’s exceptional career — which includes winning a Grammy and two IBMA Awards, receiving a Lifetime Membership from the California Bluegrass Association, and collaborating with the country’s top acoustic musicians – including her mighty band (for the past decade): Annie Staninec (fiddle), Greg Booth (dobro, banjo), Tom Bekeny (mandolin), and Cary Black (acoustic bass), all of whom provide sterling harmony vocals.
“Kallick’s deeply soulful voice and magnificent delivery show she’s one of the greatest bluegrass vocalists of her generation or any other.” – David J. McCarty, Bluegrass Unlimited

Led by one of the music’s extraordinary composers and vocalists, the Kathy Kallick Band is among the most dynamic and affecting groups in bluegrass, and have nearly as much fun as the audience when performing. The material is compelling, the songs have lots to say, the tone ranges from humorous to bittersweet to soulful, the instrumental playing is dazzling, the vocals luminous, the presentation inclusive. “Jaw-dropping awesome’” indeed.
“We should welcome Kathy’s views, ideas, and solutions (and her surprisingly cheery good-humour), and embrace the spirit of hope in which her songs are written. The sound is most pleasing to the ear, empowering and uplifting in the best tradition of bluegrass. Throughout Horrible World, the sense of ensemble is enviably strong, the musicianship brilliant without needing to grandstand or resort to easy clichés or moves to prove its point; everything in its rightful place and a constant delight to the ears and feet and mind.” – David Kidman, Fatea