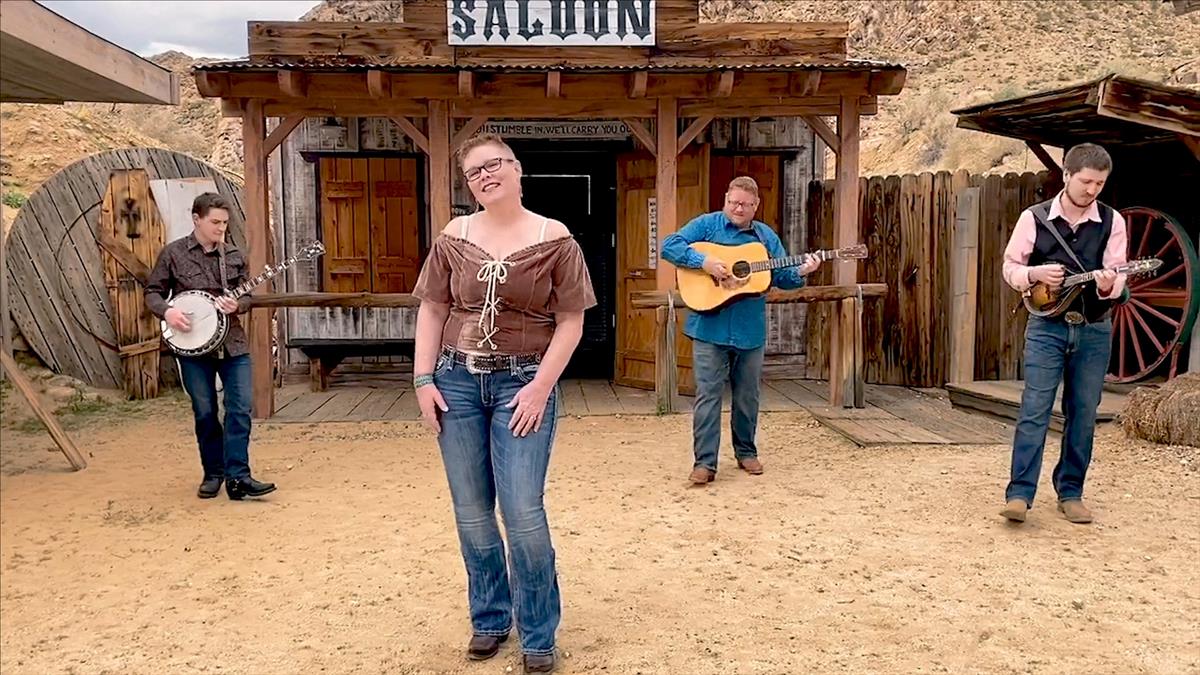 The North Carolina-based band, Nu-Blu, tours our state two or three times a year – so often that a lot of folks consider them our adopted California band! The band is excited to unveil the Western-themed music video for their current Bluegrass single, “Horse Thieves and Moonshiners” that they shot right here in California earlier this year.
Nu-Blu’s West Coast tour was cut short by Covid-19, but that didn’t stop them. In spite of the fact that wind, snow and cold prevented them from the scheduled shoot day, Nu-Blu was able to record the quintessential western sunset. The majority of the video was filmed on-location at a movie set in the middle of the Mojave Desert. Taking multiple days to complete the shoot, Nu-Blu had just enough time to capture the band’s fun-loving spirit from start to finish before being forced to return home to NC due to tour cancellations.
“How can you not have fun on a genuine movie set in the middle of the Wild West?” says Nu-Blu’s Daniel Routh. “Making this video was two days of nothing but fun and laughs. It really shows off each of the band members’ personalities, and it’s such a great song. We hope everyone will take the time to look into their past. Who knows what you’ll learn about your ancestors!”
In addition to founding members Daniel and Carolyn Routh, the full band was also on display throughout the video for “Horse Thieves and Moonshiners.” They were joined by Justin Harrison and Austin Hefflefinger, who will also be returning to the road as a part of Nu-Blu, once tour dates begin starting back up. Vents Magazine says, “With the addition of Harrison and Hefflefinger, Nu-Blu is taking the next step into the future by capturing a sound that is sure to set the world on fire.”
“Horse Thieves and Moonshiners” will be featured on Nu-Blu’s next record, Where You’ve Been, set for release in early 2021 via Turnberry Records.