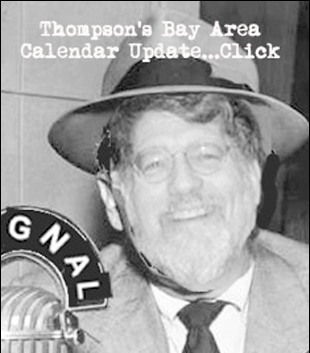 Thanks very much for your interest in Bay Area bluegrass and old time music events. Additions, corrections, suggestions, and comments are much appreciated.
* e-mail: [email protected]
* on-air studio phone: 415-841-4134

A complete, constantly-updated calendar is always available HERE. Thanks for letting me know needs  to be added.

It’s time to start thinking about music camps. Dates, links, and some details for a dozen of them are below, along with all the other listings.

Also below — way below — are details of some great additions and changes to Bluegrass Country broadcasts.

NOTES:
– The area’s most comprehensive bluegrass calendar is part of every show (between 7:30 and 8 pm); it often includes musical previews and sometimes has ticket giveaways.
– All KALW local music programs are archived for one week and can be heard on demand. Just go HERE and select ‘Bluegrass Signal’ to hear that week’s show.
– Every Saturday on KALW, there are three additional acoustic music-based programs broadcast before Bluegrass Signal: Thistle & Shamrock (2 pm), Folk Music & Beyond (3 pm), and A Patchwork Quilt (5 pm).

March 23: Be Proud Of the Grey In Your Hair: bluegrass and old time takes on aging, including multiple songs with title variants of “Old (and Grey) and (Only) In the Way,” as well as Dave Evans’ extraordinary title track; host: PT

May 18: All Kinds Of Country; host: Sully Roddy

June 1: The Legacy Of Hazel Dickens (b. 6-1-25)
Some contemporary versions of her classic songs; host: PT

Bluegrass Country now has an ARCHIVE PLAYER. Just pick the date and (Eastern) time of broadcast, and you can hear Bluegrass Signal or any of the other 33 shows* at your convenience!

March 22-28: Be Proud Of the Grey In Your Hair
PT surveys bluegrass and old time takes on aging, including six, count ’em six, variants of “Old (and Grey) and (Only) In the Way,” as well as the extraordinary show title track.

April 5-11: StuBob Rules!
Leah Wollenberg samples the tip of the iceberg: Stuart Duncan’s fiddling in a variety of situations, including the NBB and his one solo release.

April 12-18: Across the Tracks
PT presents a variety of new releases, including … songs about radios, guitars, and bluegrass … a single from Bluegrass Pride and a retelling of the John Henry tale from Polly Ann’s POV … songs from not-so-bluegrassy songwriters Richard Thompson, Gordon Lightfoot, and Jim Croce … and a shout out to Byron Berline.

April 26 – May 2: Deep Catalog From the ’60s & ’70s
Todd Gracyk returns with lots of small label, often obscure, vinyl from the “Mid Days Of Bluegrass.”