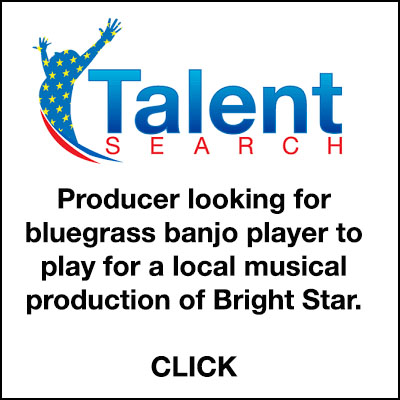 I’m trying to find a bluegrass banjo player to play for a local musical production of Bright Star. It’s a fun bluegrass score, written by Steve Martin. It would require some clawhammer and traditional 3 finger bluegrass banjo styles, though from what I can tell it’s not particularly difficult or demanding in either style.