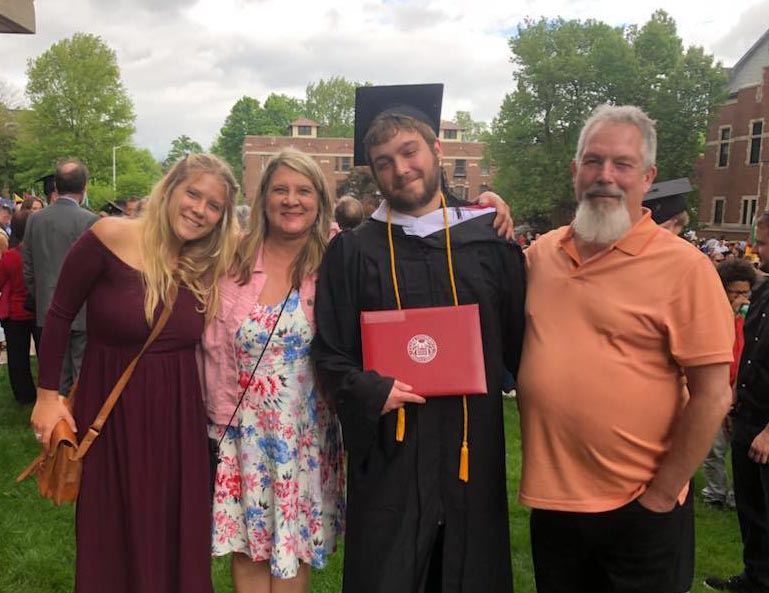 Allison Varner, the widow of Mark Varner and the mother of Marty Varner and Veronica Varner, has died at her retirement home in Dangriga, Belize. She was 57 years old.

Allison was an enthusiastic lover and supporter of all kinds of music, from bluegrass to opera, rock and blues. She loved to dance to live music and attended many live performances in the Santa Cruz and San Lorenzo Valley area, as well as bluegrass festivals throughout California.

She and her late husband organized the bluegrass concert series, The Otter Opry, in Santa Cruz. They also volunteered to help with Kids on Bluegrass and Kids on Stage programs at many bluegrass festivals. Allison was a fixture at Northern California Bluegrass Society gatherings for many years.

She took pride in the success of her children, in music and in life. Marty recently completed his masters degree and now lives in Belize. Veronica lives in Los Angeles, where she is married and is pursuing graduate studies.

Mark & Allison lived in San Francisco after they were married before settling in Boulder Creek. The couple retired to their new home in Belize in early 2021. Mark passed away on September 4th. Allison unexpectedly died in her sleep on October 21st.