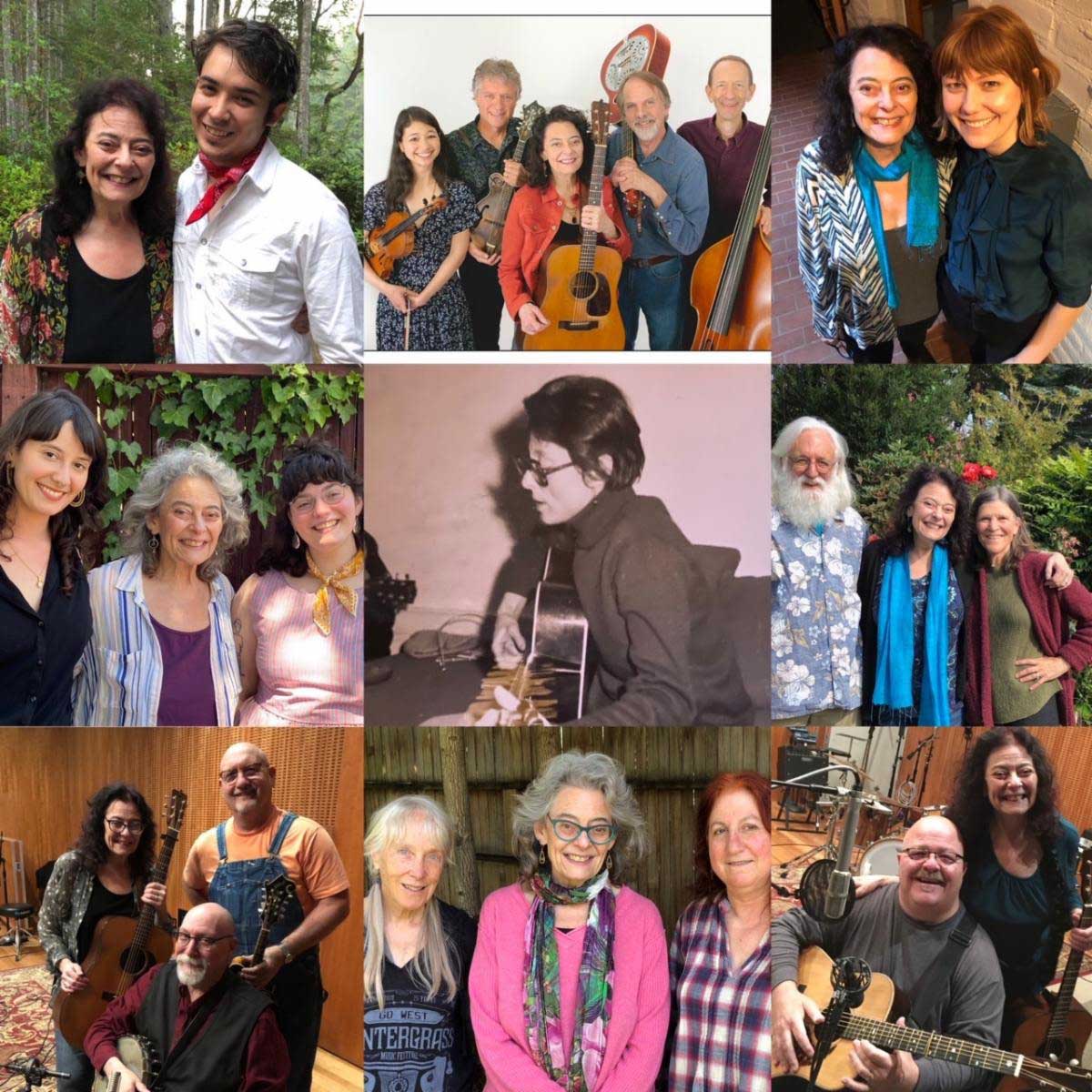 Kathy’s putting the finishing touches on an her second album of songs learned from her mother, Dodi Kallick. Unlike My Mother’s Voice, this one includes some performances by Dodi herself, mostly from The Midnight Special radio show in the 1960s. The new release also includes Kathy’s collaborations with Molly Tuttle; Mike Compton & Joe Newberry; Tristan Scroggins; Laurie Lewis & Suzy Thompson; Jim Hurst; Cliff Perry & Laurel Bliss; Juniper Waller & Riley Thompson; and others — including the mighty Kathy Kallick Band.

Watch for a 2022 release of What Are They Doing In Heaven Today?

Tom is playing regularly with the jazz band, Missing Man Quartet. Their next show is Nov. 21 (3 pm) on the patio of the Ocean View Brew Works, 627 San Pablo Ave., Albany, CA.

Cary is teaching bass at the California Bluegrass Association Music Camp(June 12-15), and also playing with the trio, Backstory.

Several members of the band have been asked to teach at the Puget Sound Guitar Workshop in Washington during August, but the final schedule has not been determined.