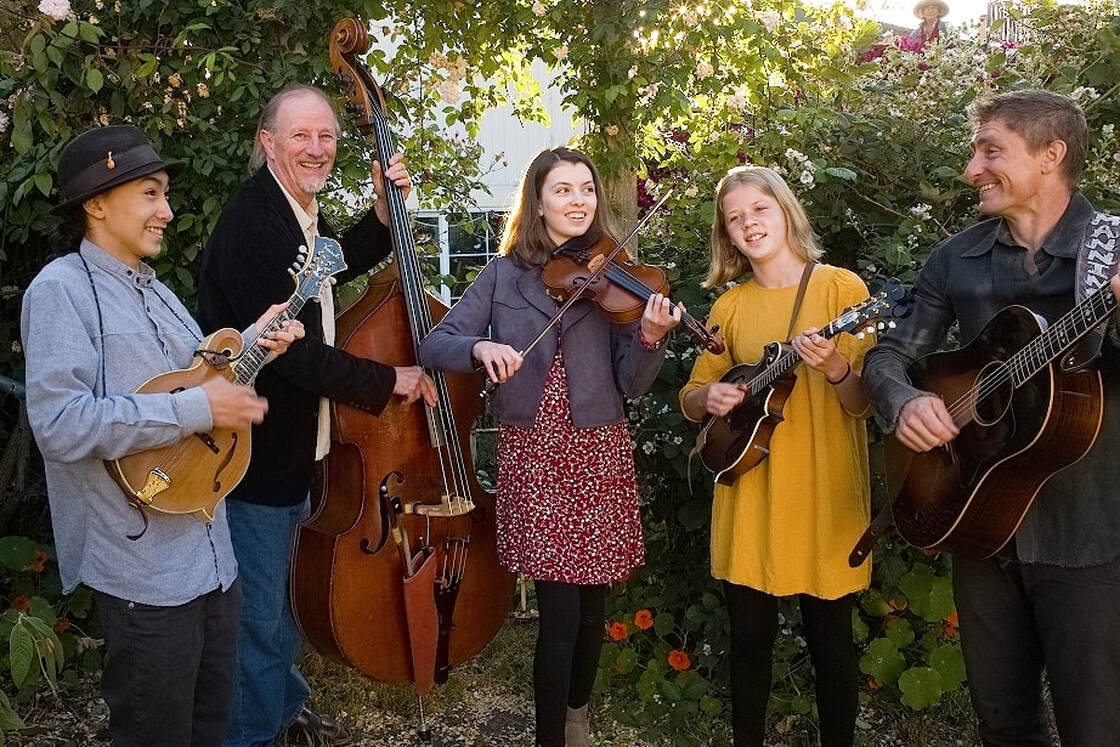 Birches Bend recently released their debut album “While We’re Waiting” back in May of this year. This phenomenally talented young band, that just performed on Vern’s stage at Father’s Day Festival, features Jasper Manning (mandolin), Lucy Khadder (fiddle/vocals), and Sophia Sparks (mandolin/vocals). All three are CBA KOB alumni and Lucy and Sophia were TAs for the Youth Academy. The band also includes Chad Manning (guitar) and Jim Kerwin (bass), both of whom used to be in the David Grisman Quartet. The band has played/will be playing notable festivals including DelFest, High Sierra Music Festival, and Hangtown Music Festival, among others.

While We’re Waiting is a beautiful 13-song collection that includes originals from most of the band members. Lucy wrote Dusty Fields, Far Away, The Slender Loris, and Lily Pond, Sophia wrote Oxen Run, Jasper wrote Weaving Butterfly Rag, and Chad contributed Lyrebird at the Crossroads/Old Gnarly Oak. Make sure to catch Birches Bend live in order to grab a CD for yourself! In the meantime, stream “While We’re Waiting anywhere you listen to music.