For several years now, I’ve wanted to create a banjo event here in California that matches some of the wonderful banjo concerts and camps that I’ve been a part of in many other parts of the world. This has been my year to get things done that have been on various back burners for too long and I’m proud to announce that in three weeks, I’m presenting the First Annual California Banjo Extravaganza. If you’re a fan of the five-string banjo, I invite you to join us.

For this inaugural year, I’ve invited Bill Keith and Alan Munde, two contemporary giants of bluegrass banjo, for three concerts in Winters, Berkeley and Felton, November 16 to 18, along with a banjo mini-camp (an afternoon of four hours of workshops) in Berkeley on Saturday afternoon, November 17. We’ll be backed by a great West Coast All-Star band featuring John Reischman on mandolin, Chad Manning on fiddle, Jim Nunally on guitar and Sharon Gilchrist on bass.

Bill Keith is the inventor of the melodic style of three-finger banjo playing, which he introduced to the public as a member of Bill Monroe’s Blue Grass Boys in the 1960’s. Subsequent career credits include membership in the Jim Kweskin Jug Band (with Maria Muldaur), Muleskinner (with David Grisman, Peter Rowan & Richard Greene), Music from Mud Acres and recordings with Tony Trischka and Bela Fleck. His playing has influenced all subsequent bluegrass banjo players and this concert is his first appearance in California in many years.

Alan Munde began his long career in bluegrass music with the 1968 recording of “Poor Richard’s Almanac” featuring Sam Bush and Wayne Stewart, followed by a traditional grounding in bluegrass music as a member of IBMA Hall of Fame member Jimmy Martin and the Sunny Mountain Boys. In 1972, Alan joined his college picking friend Byron Berline in the forward-leaning bluegrass group Country Gazette. Alan continued as the anchor of the group for 21 years. Along the way, he recorded many highly regarded albums including “Banjo Sandwich,” and the “Festival Favorites” series. His playing covers all bases, from hard-driving bluegrass to melodic-style fiddle tunes and jazz-flavored compositions.

Here are the details of our three-day tour and Banjo Mini-Camp:

I’d love to continue to grow this event so that in the not-too-distant future, the California Banjo Extravaganza will be one of the best banjo events in the world. To get this thing started in the right way, I need your help and I’m asking you to consider attending one of our concerts (and bring your family and friends too!). If you play banjo, please think about making the trip to downtown Berkeley to attend the Saturday, November 27th workshop (and stay for the evening concert too!). I guarantee you’ll learn enough to keep you practicing all the way to Valentine’s Day!

If you’ve got any questions about the tour or the mini-camp, you can email me at [email protected]

I hope to see you all soon! 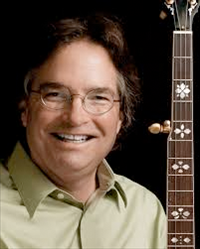