A Camping We Will Go!

Having seen his shadow on February second, Punxsutawney Phil returned to his underground digs. The intrepid “one day a year weather gopher” gets to sleep another five or so weeks until spring. Meanwhile, we humans get to brave the elements until the cold of winter subsides. Brrrr…

I’m itching for the season to change. The last couple of years have been different. We, like many of you, have begun to see climatic changes and for us this has meant more and seasonally earlier, snow. I stayed up and watched the snow fall a couple of weeks ago. We had about eight inches fall one night and awoke to a winter wonderland. Perhaps because I spent most of my youth in the San Joaquin Valley, for the most part, snow has always been scarce and somewhat mystical. Like little kids, we marveled at the huge white flakes and when morning came we took a couple of minutes to play. Nancy went out and made a “snow kitty” and I got out the pickup, dropped her into four wheel drive, and went out and spun some donuts. For a brief time I was doing something that for all intents is very juvenile but so much pure, clean fun. I highly recommend it!

After the initial thrill of slipping, sliding, and going in circles, reality set in and I headed towards home to get ready for work. It was then that I noticed a couple of guys whose truck was unable to climb the snow-covered road. They were on a steeper part of the road, spinning tires and physically pushing, but, to no avail. Given the kind of small import they were in, it was obvious that they would never make headway so I assisted and got them on their way. They came up into the snow-covered Sierra totally unprepared and would have had one heck of a long day had I not gone to the rescue. My payment for helping ended up being a chill that still has my nose sniffling and body aching, but, my sense of humanity is nourished because I helped.

With this in mind, I got to thinking, am I prepared for the perils of going down the road? Specifically, am I ready for the bluegrass season? With only two months left before we load up the trailer and head to Turlock for our annual spring campout, is it possible that some unforeseen calamity will have us helplessly spinning our wheels? It’s possible but preventable so it’s time to become proactive!

For the Zuniga household, getting ready means getting the trailer and pickup into shape. For others, motorhomes are their choice of travel and part time shelter. There are some that use cabover campers too. Then there are those who brave the elements in the most fundamental way: tent camping. To a lesser degree there is one other group that I’ve seen a few times and that’s for people who load a few things and sleep in their cars and truck beds.

Each of these situations requires a different approach in planning. For motorhome travelers the list is very big. But all of these have a few things in common. Each one requires some mode of transportation and besides the regular maintenance that we give our motor vehicles, there are a few things that I recommend you check. I learned (the hard way) that you should give some time to check those big, round things known as tires and axles. A couple of years ago we took a trip to Toulomne Meadows, high in Yosemite National Park. My tires looked to be in good shape; good tread, properly inflated, lugs tight, so I crossed them off of my mental checklist. After driving about five miles to the freeway onramp, I glanced in the rearview mirror and was surprised to see an alarming cloud of smoke that appeared to originate from the trailer. There was no place to pull over safely so I drove on a little farther and jumped out as soon as I could. Going around to the passenger side of the truck, I freaked out because the smoke was coming from behind one of the tires. I got down on the asphalt to have a look and not only was it smoking, there was fire coming from the wheel drum! At that moment, I kind of lost my mind. I didn’t remember that we had a fire extinguisher in the trailer. Luckily, I had stopped in front of a new car dealership and there was a trucker across the road that came to the rescue by lending me an extinguisher.

I hate to think what might have happened if that trucker hadn’t been there. I’ve seen burned out RVs. They go up fast and furious. Lesson (1) never travel without an extinguisher. Lesson(2) Just because you have one doesn’t mean it’s still functional. Even if I’d remembered about ours, it needed to be recharged! Lesson (3) And this is more fundamental, check your wheel bearings! A little grease might have prevented this near catastrophe. I paid dearly for this oversight. The metal had started to melt and in the process of breaking the “welded” bearing, I broke a wrench, which slammed my thumb into the frame, and left me in some of the worst pain I’ve ever known. My thumb swelled up to the point that I had to do a little “self surgery” on it. We were miles from any doctors so I had to take a sharp knife and drill a hole through my thumbnail so as to relieve the pressure and excruciating pain caused by the blood that had accumulated there. To this day, the thought of it makes my skin crawl.

So, however you choose to travel, make sure you’re road ready. Don’t chance it. It could cost you much more than a tire and a busted up thumb. Make a list and check it more than twice. Then pack up your instruments, and travel secure in the knowledge that you’ve done all you could to ensure a safe bluegrass journey. We’ll see you at the campout!
< 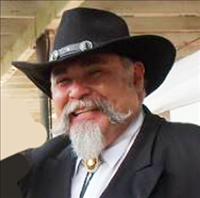