A Follow Up Thought To A Bruce Campbell Column

In a recent column written by Bruce Campbell, he asks how do you learn a new song? Now it would be really nice to get some more response, about this subject. Really, how do you learn a new song? If you happen to be a working musician and have to get lyrics down for a gig. How do you do it? The musical aspect is not all that complex or hard to memorize. But the lyrics are just a bit more challenging. Now our good friend, Bruce Campbell, suggests that he is “pathologically unable” to memorize a specific song. Interesting, I always thought it was just because I’d had too many whacks upon my head! As I look at the songs that come to mind easily, they each have something in common. Something that I can relate to, some sort of activity or scene that comes to mind. As Bruce C. says, “It’s helpful if a song has a linear story.”

My entire adulthood I’ve played music. Learning drum beats and rhythms. Never really had to learn lyrics. Someone else did that mainly because I was way too busy drumming. I’ve practiced with headphones on and my thumb on the rewind button. Listening over and over and again and again! So as I transition from drum beats to actual notes on the musical staff or tablature. I find myself still doing the same thing. Listening to specific lead breaks from some of the best mandolin players recorded. But isn’t Bluegrass more of an improvisational situation? So learning note-for-note off of a recording isn’t really necessary. Concert or Festival attendance isn’t there because people want to hear that famous “Stairway to Heaven” guitar lick. It’s all about the Artist and what they can bring to a performance. With the internet providing just about any guitar and/or mandolin lick available. If you read music or tablature this all comes very easy.
When it comes down to lyrics though. Does mentally repeating the lyrics over and over work well with most musician’s? Does playing the song singing the lyrics over and over work well with most musician’s? Does one sleep with the music playing in the background all night, work well? Or does a music stand really help in reminding us what the words are to the song?
When I go to see someone play music, I would rather see a music stand in front of them so they do play the song correctly without mistakes. But what the Bluegrass Scene desires is that we all wing it and see where it flies. Sure you see the greats play music that they have memorized. But very few of us are in the category of, The Great’s! But even the Great’s have their moments on stage. Just went to a house concert recently. No music stand was on stage. Wasn’t even expected. It was Bluegrass after all. The song was introduced and started, then OOPS! The music went on but without lyrics. It is sad and funny at the same time. I’m telling you, I’m not one of the Great’s and this has happened to me and it’s a rough and bumpy road to walk! But when it does happen, it makes us, that are not Great’s, feel warm and fuzzy. Just to know that it can happen to the best. Also, many years ago my wife and I attended a program by The Del McCoury Band at the Palm’s Playhouse. So the band is about four or five songs into the set. Del introduced the song then the band started in and then just vamped for a measure or two. It was very noticeable that Del had forgotten the words. One of his son’s stepped up behind him and whispered the lyrics. Then Del stopped the music and asks again of his son on stage what the lyrics were. There was a good hearty laugh, by everybody. Then Del started the song again and did just fine after that. What with all the songs in his head, how the heck does he do it?
So the $64,000 question has arrived. How do YOU memorize a new song for performance? What are your favorite technique’s?
Thanks for Listening
Bruce Long 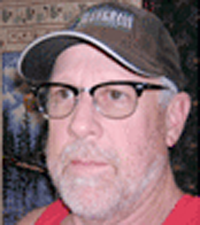