The following text is an excerpt from the book “High Lonesome Below Sea Level: Stories and Faces of Bluegrass Music in the Netherlands” by Loes van Schaijk and Marieke Odekerken.

Lody and Paul van Vlodrop are considered living legends, not only in the Dutch bluegrass scene but also in other European countries. I interviewed Lody in 2014 in the German village of Lindelbrunn during a friendly bluegrass and oldtime get-together in the mountains, and I spoke to his younger brother Paul that same year at a hotel in Amsterdam. Who knew that two years later, Paul would join my own band Red Herring as our new banjo and mandolin player… We are very proud and excited to work with him. Unfortunately, Lody’s health currently does not allow him to play fiddle anymore. But I remember our conversation fondly. It was the shortest interview I did for the book: only 15 minutes, and every second was pure gold. Lody has a gift for putting his thoughts into words, as you will see in the first quote in this story, which were literally his first words in the interview.

“I am a manifestor,” Lody van Vlodrop says. “Somebody who has a vision, an idea, and maps out the course of action for others to follow. Through the years, I’ve come to accept that this is the way I was born, that it’s in my script. It defines me as a musician and as a graphic designer.” If Lody is the Manifestor, his brother Paul is the Teacher. If anybody in the Netherlands wants to learn to play a bluegrass instrument and they ask around for advice, odds are they will be referred to visit Paul in Amsterdam. Between the two of them, Lody and Paul have made a huge impact on bluegrass musicians not only in the Netherlands but in all of Europe.

In 1969, when Lody was nineteen years old, he envisioned himself playing bluegrass banjo. Once he had made some adjustments to his tenor banjo it took him about three years to figure out Scruggs style, after which he moved on to Bill Keith’s melodic technique. Paul, six years younger than Lody, spent a lot of time playing guitar with him: pop music first, bluegrass later. The family had an old record player that could play records at 16 rpm, making them sound exactly an octave lower and a whole lot slower. That gave the boys the opportunity to play certain licks repeatedly and imitate every single detail. “After a while, we didn’t even bother to pick up the needle anymore; we were basically scratching…” Paul says with a grin.

Lody started playing bluegrass in 1970 with the Kentucky Mountaineers and the Rusty String Pickers in Eindhoven. In 1972, Berry Selles asked Lody to play fiddle for the Country Ramblers, a professional band that opened for Bill Monroe in the pop venue Tivoli in 1975. He learned to play fiddle and was on stage with the Country Ramblers three months later. “The band practiced every day,” Lody says. “We started in the morning. After a few hours, the others went to the pub while I worked on the musical arrangements—I didn’t drink, anyway. Each time one of them came back, I’d demonstrate the instrumental solos I had thought up for them. During tours, they would collectively go and chase women while I stayed in our Volkswagen van to practice the fiddle.”

When Jan Roelofs left the Country Ramblers in 1979, Lody asked Paul to become the band’s mandolin player. Like his brother, Paul was a hard worker and a quick learner. He absorbed trademark licks by role models Ricky Skaggs, Sam Bush, and Doyle Lawson into a jazzy, swinging style which is distinctly his own—“Only Paul van Vlodrop holds his pick like he’s using it to stir his coffee,” a fellow musician remarked when we used a fragment of Lody and Paul’s picture in a guessing game on our Facebook page.

The brothers shared the stage in two other bands: Smoketown Strut (Belgium) and Freewheelin’ (France/Germany). Paul not only played in influential bluegrass bands such as Jerrycan and Four Wheel Drive but has also worked in other styles and is an active musician and teacher to this day. After Lody moved to Germany in 1988 he joined the bluegrass group Hard Times (later Helmut and the Hillbillies). On the rare occasions when he’s in the Netherlands you might catch him on stage as a guest fiddler for the Blue Grass Boogiemen. To get him in the same frame as his brother, however, we had to travel to the south of Germany where we were fortunate enough to be allowed to an invitation-only bluegrass jam weekend that Lody and Paul look forward to every year. “I’m a bit of a musical omnivore,” says Paul, “but Lody and I find common ground in classic bluegrass.”

When it gets down to the heart of the matter, both of them sum up what bluegrass music means to them in one word: home. Paul says: “The harmony vocals and that particular combination of acoustic stringed instruments are like magic to me. So is the fact that I learned to live in that music, that I’ve mastered a language for communicating with other musicians.” Quoting his best friend Jens Kruger, Lody says: “‘If Lester Flatt sings, das ist Heim (that’s home).’ The bluegrass music from the ‘50s, my youth, gives me that feeling of home I’m always searching for. A few days ago, I was jamming with two teenagers. One of them played guitar with a thumbpick. All of a sudden there was this magical sound—just for a second—then it was gone.” 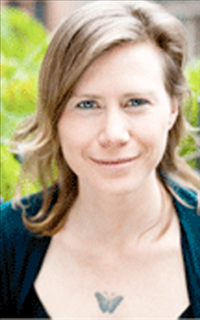