All The Good Times

A couple of months back my long-time friend and picking buddy Chris Moreton called by. Chris was in the area, having just played at the Orwell Bluegrass Festival in Suffolk, England, and we got to talking about how things had changed over the years. I’ve already written on these pages about the early days of bluegrass in the UK. Specialist bluegrass festivals started up in the 70s and conditions in those days were primitive, with camping in the rough the normal way of surviving the weekend. By contrast, Chris and his wife said that the only complaint they had about Orwell this year was that their steak served up by the on-site restaurant was a bit tough!

How times have changed. My thoughts have continued along these lines while reading Penny Parsons’ superb biography of Curly Seckler, “Foggy Mountain Troubadour” Of all the books I have seen devoted to the classic bluegrass performers, this is the most thoroughly researched and widely ranging in detail and scope. Curly Seckler was born on Christmas Day 1919 on a farm near China Grove, North Carolina, into a musical family, and played and sang from an early age. Life was hard, with plenty of demanding manual labour on the farm, including growing and picking cotton. When Curly was only nine his father died at the tragically early age of 51. He left behind a wife and ten children on the farm, and life was tough for the family. Curly began playing music locally with his brothers and within a few years was involved with the country music scene of the 1930s. By 1938 he had been head hunted by Charlie Monroe who was looking for a good tenor singer to replace his brother Bill. For Curly there followed a musical career of over 70 years, and he is still active – see his website at http://www.curlyseckler.net/news.htm for latest updates on this giant of the bluegrass world.

Penny Parsons’ account is remarkable in the detail with which she has been able to document Curly’s life, month by month, week by week and sometimes even day by day. She was able to record more then forty hours of interviews with “a man who had participated in the entire history of bluegrass music and had a treasure trove of memories and memorabilia”. The result is a book that is not just the story of one man but a kaleidoscopic view of the world which gave birth to bluegrass music and nurtured its development. We are probably most familiar with Curly’s key contribution to the Flatt and Scruggs band, and his later work with Lester Flatt, but you will find all sorts of detail and insight into the other bluegrass musicians and bands Curly knew and sang with along the way, including Jim and Jesse, Mac Wiseman, the Stanley Brothers, the Nashville Grass and Doyle Lawson. There is much detail about the changes, often temporary or short-term, in the personnel of a variety of bands. Did you know, for example, that Curly sang lead on Jim and Jesse’s 1952 recording of “A Purple Heart” (a song written by Curly), with Jim singing tenor and Jesse baritone? There is also a wonderful story of Curly insisting on singing tenor with Bill Monroe – you will have to read the book for this one!

Curly Seckler has travelled what has clearly often been a hard road through life, and has inspired others with his music and even more importantly with his generosity and good humour. This biography by Penny Parsons gives us a heartwarming insight into the man who has made a vital contribution to music and whose warmth and humanity has touched the people he has met along the way. Our thanks are due to both Curly and Penny for making this book possible. 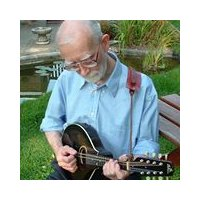