An attitude of gratitude

I heard a preacher say one time, that we ought to have an attitude of gratitude. I figure that’s his job, helping to keep us in the mind to count our blessings, and all that. And I was thinking about that in relation to music and the bands that play that music.

I’ve always had a hard time understanding why a band would put themselves above the audience they were playing for. Or why they would disrespect them by showing up late, or drunk, or would separate themselves from those who came to see them.

I heard about a leader of a top bluegrass band who saw a fellow band leader in the audience of a major festival, and from the stage began to castigate this poor fellow for some misdeed he might have done sometime in the distant past. And I thought to myself, that man in the audience paid good money to watch that band. And that man in the audience admired something about that group, and hoped to learn something from them, and here was this pompous jackass reducing him to powder, and in the process, disrespecting everyone else in the audience by ignoring them while he ranted and raved. It still amazes me that people go to see him that man play. I would not. The audience deserves respect and appreciation.

I mean, think about it. Anybody with a computer can go on fandalism or Pandora, or youtube or a thousand other websites and hear enough music to fill a lifetime. You can turn on Netflix and watch some of the greatest bands in history play for free. You could copy your friends C.D.s and concert recordings or load enough music on you ipod to keep from hearing the same song twice in your lifetime.

These people paid good money because they wanted to hear you play. They must have thought you had something to offer. Maybe they just like you. Maybe they like the style of music you play, maybe they are just curious. Maybe they are the finest people who ever lived. Who knows? But they are there. There in those chairs. Paying good money. Buying your C.D. taking part of you (those C.D.s) home in their car expecting something worth what they are paying for.

Some people think it’s all in how well we play, or how well we entertain. Well, I guess we better play well and entertain or folks won’t want to hear us. But if they are there for the performance, they are golden. We ought to be kissing the babies, and hugging the grandmas, jamming in their jam circles, and thanking everyone whose hand we can shake for caring enough to be there. There’s not a lot of money in this band business, and the glory is short lived, but the love of the audience…that there is a wonderful thing. You can’t thank them enough. It ain’t possible.

Like Buck Owens said, “You don’t know me if you don’t like me.” Truth is everyone liked him. That’s why they came to see him. It wasn’t just the music. It was the gratitude he expressed and the way he treated people. They don’t forget. They shouldn’t want to. 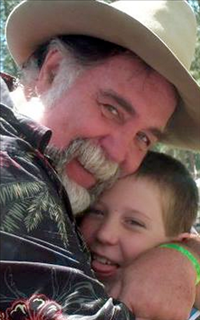