We have had couple of weeks to rest and reflect on an amazing 44th Annual CBA Father’s Day Bluegrass Festival. Every year’s festival is special and we need photos to remember each event. We had some last minute cancellations of photographers and Alan Bond and Patrick Campbell stepped up big time to document the Music Camp, Academy and Festival this year. Huge THANK YOU to Alan and Patrick. Bob Calkins and Randy Shelton provided even more photos.

I spent most of my time overseeing the Youth Programs in Grass Valley and ended up hanging out with some remarkable people. Helen Foley has taken over coordinating Kids on Bluegrass from founder Frank Solivan and she showed she was the perfect person for the job. The KOB shirts did not arrive on the Fairgrounds in time for the event and Helen showed her flex-
ibility by accepting substitution shirts at the last minute. Helen and her team produced another amazing display of KOB talent and the two performances were flawless.

Kimber Ludiker was the new Director of the ACADEMY and she was unflappable, solving many issues that came up at the last minute, including the cancellation of one of her key instructors due to the flu. Kimber (founding member and fiddler in Della Mae) recruited and substituted the talented Maddie Witler (Lonely Heartstring Band) to replace Jenni Lyn Gardner (Della Mae) for both the awesome Wednesday night Vern’s Della Mae Trio performance with Celia Woodsmith and the mandolin instructor position in the ACADEMY. Maddie joined Celia, Emily Mann, Max Schwartz, Christine Wilhoyt, Yoseff Tucker and Tatiana Hargreaves as faculty. An amazingly talented group of musicians taught the Academy this year. Kimber was also joined by Teaching Assistants Ida Winfree, Tessa Schwartz, Megan January, Daisy Kerr and John Gooding who all will probably someday be faculty.

All the young musicians are paid through the CBA Youth Program Mentorship Budget which is funded by your donations. Any Teen who wishes to receive “Community Service Credit” through their schools is put to work in our CBA VolunTeen program. We are
training a new generation of volunteers and leaders one kid at a time.

I spent most of my festival time with Kimber (Academy), North Country Blue (Teaching Assistants) and Theresa Gooding, Backstage Manager/Entertainment Director co-chair. The CBA is in good hands with these remarkable women. Theresa Gooding is especially capable and her work appears effortless as she keeps the entertainment running smoothly while directing her team. Theresa had some big shoes to fill when she replaced Jim Ingram a couple of years ago and has made the job her own. I definitely believe Theresa should replace me as President: unflappable, no rough edges, competent, delightful to be around AND committed to the CBA Youth Program. She has it all. I only need to convince Theresa and the Board of my selection.

This is a big year for retirement. We approach our 45th year as an organization and celebrate those who have served you through the years. Many of us are stepping down this year as others have done in previous years and we know that our new group of super volunteers will take us successfully into the future. Contact our Board Chairman, Geoff Sargent, with your questions about filling a leadership role in the CBA. [email protected]. We need you. 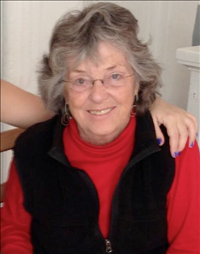