It seems there are more couples performing bluegrass all the time. Kenny and Amanda Smith and Darin and Brooke Aldridge are two of the most successful contemporary examples of this phenomena. Closer to home, you can find plenty of couples playing at CBA festivals and campouts, like Sarah and Billy, Tom and Julay, and, yes, Jeanie and Chuck.

Jeanie and I are one those couples that do everything together. We met at a jam session and much of our life has revolved around music. After almost 30 years together we still enjoy each other’s company and, with one kid out of the house and the other not far behind, we have more time to indulge our passion for music.

A while back, a friend who had started playing bluegrass music with his wife asked me for advice on how to integrate music into their relationship. How did you keep disagreements about music from spilling over into other areas? How do balance the music with the rest of your responsibilities?

I can’t remember what I answered, but it was probably pretty lame. Jeanie and I don’t spend a lot of time analyzing our relationship. We just sort of have a life and muddle along. So far it’s worked pretty well. We respect each other, like each other, and trust each other. When conflicts arise in any area of our life, we’re generally able to resolve them without rancor.

But my friend’s questions gave me something to think about. Jeanie and I were both pretty young (22) when we met at a folk music jam session. So music’s been a common thread in our relationship. We started performing together shortly after we hooked up and had a lot of fun doing it. Before long, though, we had to put our hootenanny on hold when the kids came along.

For the next ten or twelve years, pickin’ and grinnin’ took a backseat to rearin’ and raisin’. We missed clubbing around and late night jam sessions, but it wasn’t like we gave up a budding career in music. The kids were our top priority, and we fit in music where we could, whether it was me supplying some mandolin tracks for a friend’s project or Jeanie teaching our daughter’s Girl Scout troop how to sing “Locomotion.”

As our children got older we had more time to play music and attend festivals. We started performing again, and for several years had a very busy schedule. Performing together again came naturally. We never completely abandoned music, we’d just dialed it down several notches and were ramping it back up. We sharpened our act through observation, experimentation, and just good old-fashioned practice.

So far, we’ve struck a balance that works for us. Having had some time to ponder the subject, I’ve figured out a few principles that Jeanie and I apply to playing music together.

1. We Can Work It Out
We have our disagreements over material, arrangements, and other aspects of music, but we’re usually able to resolve them like we do any other conflict. Maybe I’d prefer to repeat the chorus after the break instead of going to the verse like Jeanie wants. But I don’t feel strongly enough to argue about it.

Sometimes, the best argument wins the day. Jeanie was sitting down with her guitar working on some new material. I though she should be singing a particular song in B-flat instead of A. She replied that B-flat was too high, but I suggested she stand up to sing as she does when she’s performing. The move from sitting to standing gave her the extra oomph to really belt out the song in the higher key.

During another practice, Jeanie noticed that I was consistently coming in late on my mandolin solo because I had to finish singing the last line of the chorus just when I played the pickup notes to the break. She convinced me to change the arrangement so that I was good and ready when the break came along.

2. Stop in the Name of Love
There are, however, some disagreements that are not necessarily rational. One or the other of us may just feel that something’s just not working, but can’t clearly articulate why. Or we may just honestly disagree. Rarely, do both of us feel so strongly about our opinions that we can’t compromise, but occasionally we’ve just had to put songs aside because we’ve reached a point of mutual stubbornness.

We also have a rule that either one of us is empowered to just flat-out veto a song, a policy which has served us well. If you’re just performing a song to go along, you can’t put your heart and soul into and it usually shows.

3. Play to Your Strengths
I’m a pretty good cook. I like cooking and I don’t mind grocery shopping. But I’m not really good with finances and paperwork, so Jeanie handles all that. We each contribute to the marriage in our own way, It’s the same with our music. Jeanie has a great voice, so she does most of the singing. I do fairly well at chatting between songs and engaging the audience. Jeanie’s a very steady rhythm guitar player and I’m a decent mandolin picker and we make it work the best we can.

4. Great Expectations
It’s very important for both parties to share the same level of commitment and expectations. If one person is woodshedding four hours a day and sending demos to clubs and festivals while the other is a weekend warrior content to play the local coffeehouse, you’ve got a big disconnect. There will always be tension between the former who feels the other is an impediment to progress, and the latter, who just wants to enjoy playing without having to work very hard at it.

Jeanie and I go through periods where one of us may be more focused on music then the other, but over the long run it evens out. I might be on a mando jag when Jeanie’s really busy at her day job or she’ll spend three hours playing clawhammer banjo while I’m writing a column.

There’s no secret formula to success. Just like anything else you do together as a couple, playing music together requires you to make compromises and pick your spots. As in any good relationship, you’ll find that you get a lot more than you give up. 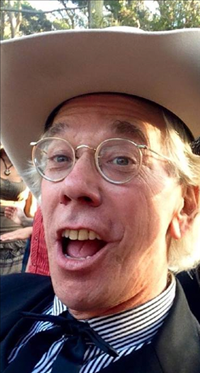