On March 18 near Ochlocknee, GA, Jan McNees dropped her husband LeRoy Mack McNees at the airport. He was on his way to play his dobro and bluegrass in Guatemala!

Here’s some bio on LeRoy Mack – LeRoy is a native of Southern California and has been playing bluegrass music for over fifty years. The bluegrass bug bit LeRoy after hearing a Flat and Scruggs record, which started a pursuit of finding out how to duplicate that sound. LeRoy became acquainted with a Southern California group playing bluegrass called the Country Boys. (Later called The Kentucky Colonels). The group wanted a dobro player and so LeRoy took up the challenge. LeRoy played with the Kentucky Colonels for four years and in that time the group recorded several records and worked on several local and network TV shows including The Andy Griffith show. In 1966 LeRoy co-founded a gospel group called the Born Again Bluegrass Band. The band was together for thirty-one years and has twelve albums to their credit.
LeRoy Mack McNees, his son Mark McNees, grandchildren Madison and Eric, and well-known CBA members Charlie & Helen Edsall (from Sawmill Road and Ron Spears & With Tradition) and Erik Thomas (from Due West), all went on a week-long mission trip to Guatemala to assist the Porch de Solomon mission group. And, while they were there LeRoy, Charlie, and Erik brought their bluegrass skills to the people of Guatemala.

This was LeRoy’s fourth trip to Guatemala to play at the Lake Atitlan Music festival at Santiago. LeRoy explained that, “The event is a combination of Latin, Jazz, Blues, and indigenous Indian music and now bluegrass. (www.festivalatital.com) All of the proceeds this year went to a local charity that provides for handicap children. The organization that we were working with in Panajachel is a mission based group Porch de Salomon (www.facebook.com/porchdesalomon). Lloyd and Melanie Monroe are the folks that run the mission. Their ministry includes hosting teams from the U.S. to serve those needing housing, medical and dental, schooling, and alcohol and drug re-hab. And more. “

The band (LeRoy, Charlie Edsall, Erik Thomas, and missionary Lloyd Monroe) gave a concert in Panajechel and the next day they took the boat over to go to play at the Atitlan Festival. LeRoy, Charlie, Erik, and Lloyd entertained several times in different locations. Places they played in Panajachel were Chinita’s Café, and twice at Porch de Salomon’s coffee house on this mission trip to Guatemala. “This was the first trip for the grandkids, Erik, and Charlie & Helen.” Jan added that it was a wonderful blessing for LeRoy to have Erik and Charlie there with him on this trip.

Showing the band’s versatility, LeRoy explained that, “Yes, indeed Charlie did play the banjo. We just needed a banjo sound as we wanted to be as ‘grassy’ as possible, but he mostly played guitar. We had a great time performing.” Erik played mandolin and Lloyd was on bass.

Erik and Charlie and wife Helen loved the time in Guatemala. During the trip, Helen also put her time to good use as she assisted a dentist who is on a mission team there too. “They are already talking about returning,” mentioned LeRoy.

Madison took great photos of the places they were able to visit in Guatemala. You can see them on Jan McNees’ Facebook page. But with every trip there’s always a wrinkle or two, and Jan added that, “Madison had a blast and loved it there, but poor Boo (grandson) made unwise choices in his food and was sick, sick, sick with Montezuma’s Revenge.”

During LeRoy’s absence, Jan stayed with their daughter in law Shannon and enjoyed their time together. And she notes, “I didn’t waste my time as I am worked like crazy on my lesson that I will be teaching at Life Lessons from Mayberry at the Southern Baptist Conference in Asheville this September.” LeRoy added that “Jan’s lesson that she is working on for Life Lessons from Mayberry is based on the episode that I appeared on “Mayberry On Record” from the Andy Griffith show in 1961.” (http://www.lifeway.com/Event/Adult-Event-Life-Lessons-From-Mayberry-Ridgecrest-NC.) Sounds intriguing, Jan!

On March 25th the tour group came home from Guatemala flying into Tallahassee Regional Airport. Leaving at 5:30 AM from Guatemala, their return began with a winding, downhill, four-hour trip to the Guatemala City Airport. Landing at Tallahassee the group consensus was, “We had a great time but, gee, it’s good to be back home.” Charlie and Helen traveled onto to Nevada and Erik Thomas to Colorado.

LeRoy thanks the band for “making the grass blue (for an hour, anyway) at the festivals in Guatemala. And despite the sound system challenges, several folks told us our concert was their favorite.” Way to go, LeRoy! And the McNees’ feel strongly that LeRoy did what God had gifted him to do in Guatemala at the festivals there – spreading the gospel of bluegrass music to the far corners of the globe. Thank you LeRoy Mack and Jan for your contributions to bluegrass music both around the world and each year at the Chapel Service at Grass Valley! 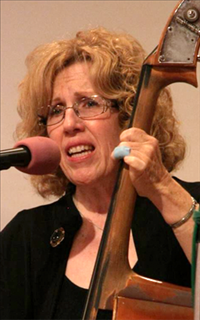