Coca Cola does it, Disney does it, Southwest Airlines and almost every major corporation doing business anywhere in the world does it. That is to create a loyalty, among consumers of their product, so fierce that they’d rather “fight than switch.” Remember that campaign?

So what does brand loyalty mean for a bluegrass band, a festival, a record label or any other business that is primarily focused on reaching the bluegrass fan as their consumer base?

I recently had the opportunity for an advance review of a stellar bluegrass band’s latest album.

The reason they gave me the opportunity to review was to gather feedback about the album’s possible acceptance (or not) from the bluegrass community. It seems that this particular band has been having a hard time getting bookings from traditional bluegrass festivals because they’re not viewed as a “Traditional Band”. They also say that they’ve been passed over for other festivals outside of the bluegrass world because, well, they’re thought of as … “one of those ‘Bluegrass’ bands.” You know, the ones with the hayseed image, nasal twang and always singing about murder or death. Well, anyway that’s the image, correct or not.
So to try and rectify the lack-of-booking situation, they focused on what they say is a brand new sound for them and strayed far away from their bluegrass roots. Musically, it was very good. Creatively, also first-rate. But will the bluegrass community accept it from them at this point?

Now let me shift gears just a bit, but I promise we’ll come back to our band.

Imagine that you’re on a very expensive ocean cruise in the middle of the pacific. You’ve anticipated this voyage for quite some time and now the time has arrived and you’re on board. You’ll be sailing from Hawaii to Tahiti. In a straight line that’s over 2500 miles. But this is a luxury cruise and the captain has over 65 million miles of ocean at his discretion to use.

About 500 miles after departure some of the passengers are not happy with the slow cruising speed and the less than direct route the captain has chosen for this scenic, island-hopping journey and they demand that he get them to the destination as fast as possible. Well, that’s life, it happens. People have unrealistic expectations but still feel they’re somehow “in the right.” Perhaps they should have booked airfare and not a luxury cruise; but, here they are and the captain must deal with them. These are not all of the passengers and not even close to a majority, but they’re loud and have power and so the captain buckles to the pressure and changes his course direction in an attempt to satisfy and these few are now seemingly content.

However, the new course puts the cruise in the heavily trafficked shipping lanes and freighters by the dozens are breezing past in all directions. The noise, the smell, the commotion is not conducive to a luxury cruise and the grumbling begins from yet another group. The captain gets a weather report that heavy squalls and extremely rough waters are ahead and he can expect miserable and possibly dangerous conditions for 48 to 72 hours if he maintains his new heading, directly to Tahiti.

Knowing that many of the group are from a “sun-worshiping” club and expect to stay on deck during every single sunlit moment, the captain fears more angry passengers and again shifts his direction. But this time in an almost complete reverse to try to escape the impending storm.

By the time the cruise ended, the captain had switched directions so many times to please one small group or another that the entire cruise ended right back at their departure port – back in Hawaii without ever seeing Tahiti. Needless to say, there wasn’t one single passenger content or satisfied. Many requested refunds. Surveys indicated that none will ever repeat a cruise with this captain or recommend his cruise to friends.

What happened? There must have been a reason the phrase “Stay the course” was ever first uttered.

What did the captain do to help his cruise line develop “brand loyalty?” More importantly, what did he not do that perhaps he could have done?

Consistency is an important ingredient left out when a company attempts to venture into uncharted waters. It happened to Coca Cola, it happened to the Disney Corporation and it’s happened to many others. I think the lesson that needs to be learned from this is that you can’t abandon your hard-earned fan base in the attempt to acquire new fans through a totally new direction unless you intend to always start and restart your career.

Being TOO BLUEGRASS for some and NOT ENOUGH for others is an age old problem. It is not even limited to the bluegrass genre. Country performers have felt this anguish since before the 1960s. Rock and Roll has had their day as well. Bee Bop, Swing, Jazz, you name it, they’ve all been there. It’s part of growing.

I once counseled a bar owner who sold mixed drinks for 70 cents . yes, it was a while ago. He wanted to increase the price of the drink but feared losing angry customers by doing so. He’d maintained the 70 cent price far too long. It was now an established norm at his bar. We graduated his proposed price increase in nickle increments over a period of time until he finally arrived at his 85 cent price. It took months and at each step he heard loud and clear from the nay-sayers. He also heard the absence of the cash register ringing sound, and, he did lose some customers who thought he was out-of-line. The point of the story here is that while his customers were grumbling and leaving him they were patronizing the competition just up the hill. Once he raised his price, and faced the brunt of the anger, the bar up the hill raised their price the full 15 cents in one swift move and never heard a peep.

It took a trail blazer first. Sometimes it just may not be profitable to be first, including the expansion of the “bluegrass norm.”

As good as this specific band is, I don’t think they’re so exceptional that they’ll be able pull this off without losing quite a lot. In the end, will the trade off be worthwhile? Only they and time will be able to give us that answer.

Remember: if someone is not satisfied with your product, make a better product. However, if you’re Coca Cola, you can’t suddenly switch to making cough syrup and expect to keep all of your customers. The products are used for different purposes.

If you’re a bluegrass band, improve your playing ability, your song selection, your recording quality, or any number of elements that will ultimately make a better product. But don’t fool yourself by changing your sound. If you’re a festival promoter, think about “adding” new sounds to your festival without “replacing” the old sounds.

If you want to keep my loyalty as a bluegrass fan, don’t tell me you’re bluegrass while trying to sell me something else. “Bait and Switch” is not a welcome practice and I don’t know too many who will welcome that kind of disappointment.

On the other hand if you really want to present something different, be up front about it, and let us know not only that it is different but HOW it is different. Let us know that the XYZ Band is experimenting with a totally new sound. The shock of Bob Dylan going electric is still talked about today 50 years after it occurred. Sure, some have become accustomed to the new Dylan, but still many have never forgiven him for what they viewed as total abandonment. Ask Mr. Dylan whether he cares and he’ll be quick to utter some choice expletives but who among us is that gifted that we could overcome the loss?

Of course, if your intent is to totally re-invent yourself and you want to leave the past behind, just make a radical change and most likely you won’t have to do much more. 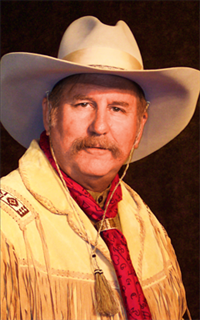