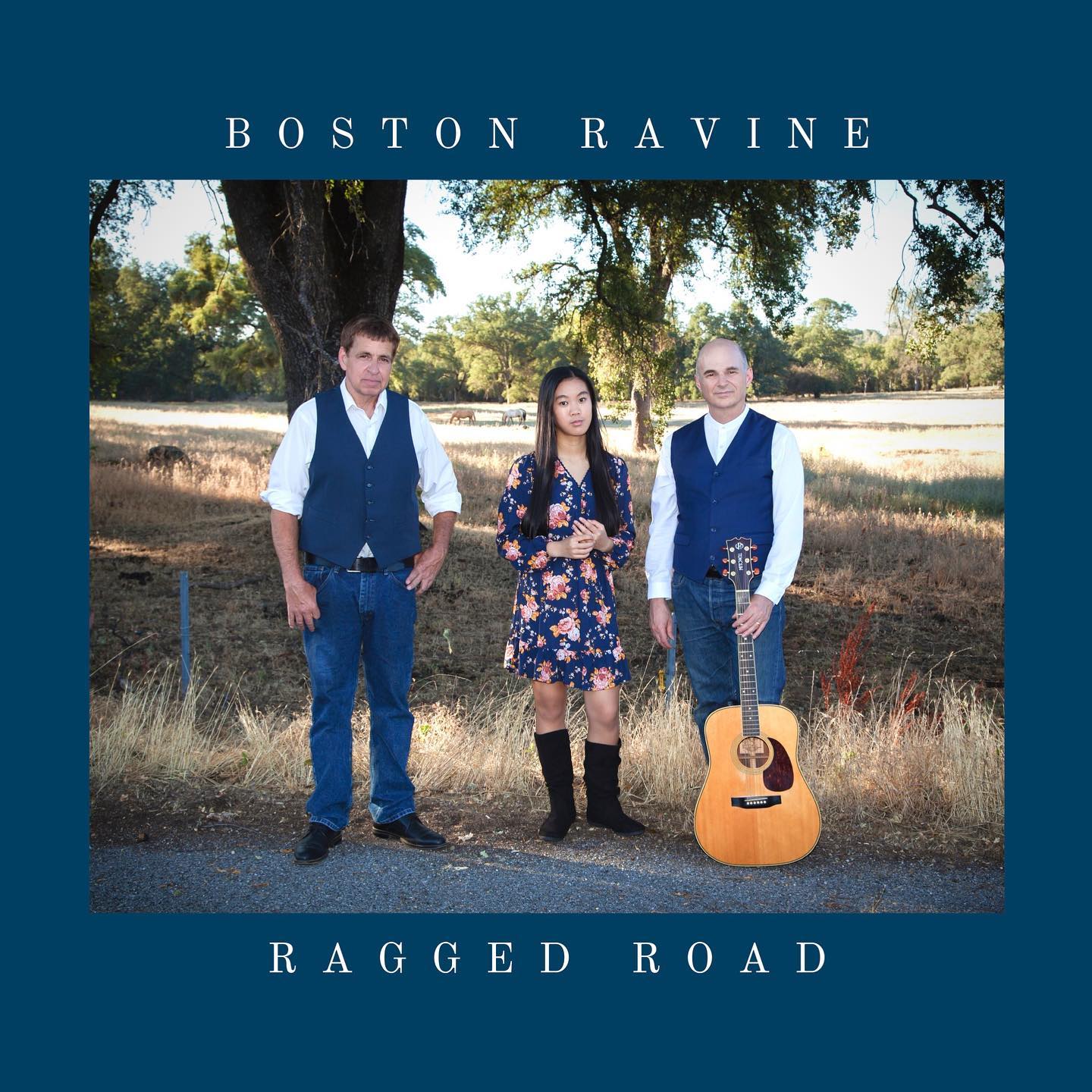 (This piece is the complete version of the Brenda’s review in the October Bluegrass Breakdown – Ed.)

Many of the youth bands featured at IBMA have been products of the CBA’s Kids on Bluegrass program, and Mei Lin Heirendt and Kyle Ledson started to learn to play music and discover bluegrass while children. Mei Lin is a CBA Regional Director and CBA Social Media Team member.   Mei Lin was part of the 2020 IBMA Convention “Kids on Bluegrass” and Kyle has been producing his own CDs including the just released Left It All Behind.  Kyle and Mei Lin hosted the CBA’s Turn Your Radio On online show on May 22, 2021.

2020 was certainly a ragged road for the world, but Boston Ravine managed to produce an album while recording socially distant through the magic of modern technology.  Named after the original name of their Grass Valley home, the band is Robert Heirendt and his daughter, and bassist Karl Chelette. This set of songs features some of their originals as well as some classic country and bluegrass songs.

Mei Lin is 15 years old, and has been playing since she was seven.  Her violin playing started with the Suzuki Method and has switched from classical to bluegrass and has also learned to play mandolin and guitar.  Her strong vocals are featured in the band’s sound and she can easily do a heartfelt song like “Detroit City” or Glen Campbell’s “Senses.”  Her fiddle playing has a depth and power that can define emotions and her fiddle solos matched with Karl’s bass solos make the band’s version of Frank Wakefield’s “New Camptown Races” a unique offering.  Her original “Apple Butter Hill” instrumental gives her mandolin playing a deserved spotlight.  Her mother Juli Marks co-wrote “My Mama’s Heaven” with Mei Lin, and their nostalgic look at summertime family camping trips will bring memories of fishing, creeks, and wildflower wishes to listeners.

Juli wrote “Sweet Karolina” with Robert and the story of an immigrant family going to North Dakota and building a new life with resonate with the many families who have made similar journeys.  Max Schwartz’s banjo playing adds a zest to Ralph Stanley’s “Riding That Midnight Train” and “When My Time Comes To Go” that also features the harmony singing blend of Mei Lin and Robert.  Delightful debut album from a fine California based band.