Brenda Reviews Peter Rowan: Calling You From My Mountain 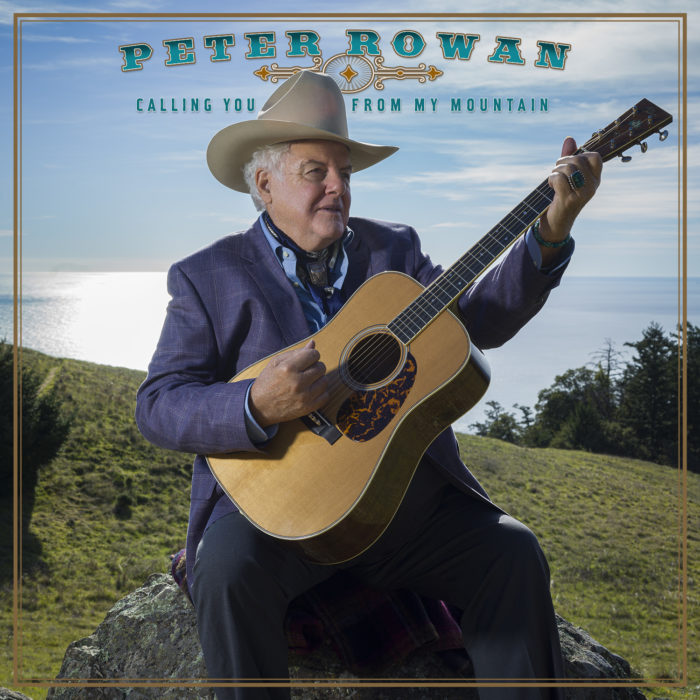 Peter Rowan: Calling You From My Mountain

Song List:  New York Town, Veil of Deja Blue, Come Along Jody, Little Joe, The Song That Made Hank Williams Dance, A Winning Hand, From My Mountain, Frog on the Lilly Pad, The Red The White and the Blue, Light at the End of the World, Penitentiary Blues, Dream of Heaven, Freedom Trilogy.

Peter Rowan never ceases to amaze.  A stint as a Bluegrass Boy with Bill Monroe would be a capstone to a career, but Peter has gone on to be a member of Earth Opera with David Grisman, Muleskinner, and Old and in the Way with Jerry Garcia.  Other albums have featured Tibetan and reggae, Tejano, and Hawaiian influences.  Peter’s explorations into world music and life mysteries have given his songs nuances of meaning and depth of experience.

Peter’s current band members are Chris Henry on mandolin and vocals, Max Wareham on banjo and vocals, Julian Pinelli on fiddle and Eric Thorin on bass.  Guesting on the songs are Shawn Camp, Billy Strings, Molly Tuttle, and Lindsay Lou.

The band’s roots in bluegrass and East Coast folk music are evident in the Woody Guthrie song “New York Town,” and the banjo driven AP Carter song “Little Joe.”  A dose of Southern blues is found in Lightning Hopkins’ “Penitentiary Blues” with its emotional vocal delivery, and a instrumental highlight is Bill Monroe’s “Frog on the Lilly Pad.”

Peter Rowan has a powerful voice that easily shifts from a lonesome bluegrass vibe to a worldly sage intoning wisdom of the ages.  “From My Mountain” was inspired by Tibetan singer Yungchen Lhamo, and the vocal duet with Molly Tuttle soars in tandem and speaks of connections between isolated souls.  Molly also adds her voice and banjo with Peter on “The Red, The White, and The Blue” with its reflections on the war call to patriotism and the growth of the war machine.  “Dream of Heaven” is an invitation to a surreal world with fascinating instrumental flourishes.  Like Forest Gump’s box of chocolates, Peter Rowan’s music is filled with morsels of delicious flavors and textures.