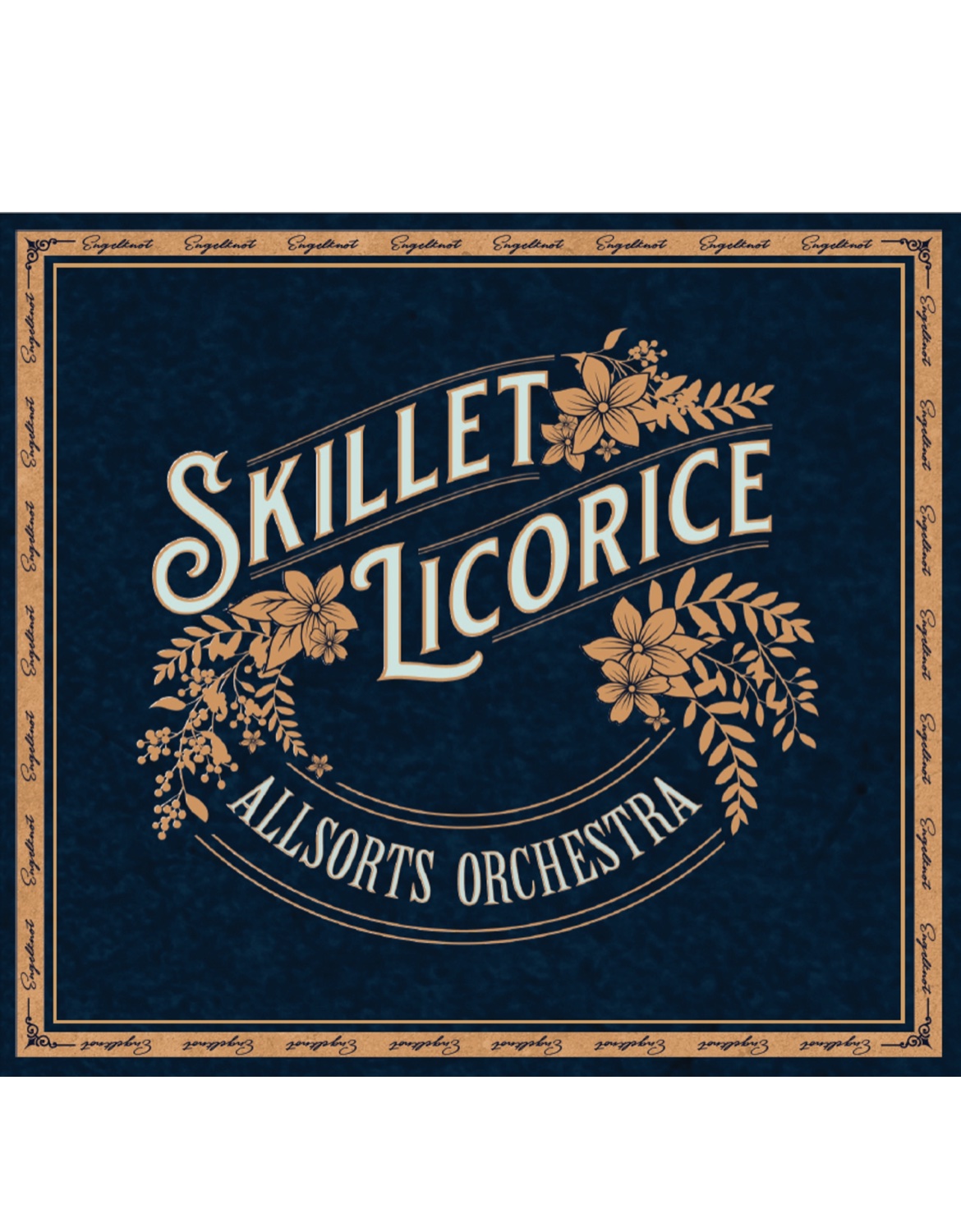 Note: Skillet Licorice will be playing on the California Showcase Stage

The East Texas Seranaders  were one of the pioneers of the Texas Swing style that Bob Wills popularized.  They performed many waltzes and two of them here are recorded for the first time since the 1920s: “Meadow Brook” and “Del Rio.”  Del Rio is actually presented twice, the first time as a swirling waltz fiddle dance, and the second as a guitar and dobro performance with Matt and Clinton.  Other waltzes feature Clinton Davis playing fiddle, banjo, and piano on “Adeline Waltz” and “Shannon Waltz.”   Another ETS song is the bouncy “Three in One Two-Step” with phrases from “Dill Pickle Rag” and “The Entertainer.”

Two songs from opposite sides of the world display the band’s ability to enliven a song with renewed energy and focus.  “Metsakukkia” is a Finnish tune often played on accordion, but presented here with zither and piano.  “Libby Bird Song Mazurka” is a song from the Tohonno O’odham Nation in Arizona and developed through the Catholic missionaries introduction of European string band music in the missions.   The group also adapted a Doc Watson song, “Bright Sunny South” into a melancholy piece performed on melodic banjo and EBO (electronic bow on guitar).  Skillet Licorice has produced a gem of sonic variety and mood that will require repeated listenings to appreciate its depth.