Yes Ladies and Gentlemen, the countdown has commenced to our 2014 CBA Summer Music Camp. I hear the clocks ticking away, too slowly for my tastes, waiting for the beginning of Music Camp at noon on Sunday June 8 at Grass Valley, CA.

“Something old, something new, something borrowed, something blue, and a silver sixpence in her shoe”. This is a little rhyme from old England that is supposed to describe what a bride should wear at her wedding. And what, do you ask, does this have to do with the 2014 Music Camp? Well nobody is proposing a Music Camp wedding, at least one not encouraged by a shotgun, but we do have something old and something new, but the new is old…as in Old Time.

This year, Old-Time Stringband, will be taught by Masha Goodman & Geff Crawford. If I’m not mistaken, Geff is actually pronounced as Jeff, the same as Geoff, but no matter.
Masha and Geff are a dynamo pair of Old Time teachers and promise to live up to their reputation and teach an energy-filled, fun-ergetic, introduction to playing in an Old-Time Stringband. Be prepared to learn one or two tunes a day, and work on right hand techniques and style. Beginning players will learn to find the “fenceposts” of a tune, more advanced folks will learn to add variations drawn from Old Time tradition. Masha will teach clawhammer banjo methods including basic frailing, drop-thumbing, double-thumbing, the “Galax lick”, and where and when to use them. Geff will teach fiddle bowing, rhythms, melody, variation and style. This class will bring fiddles and banjos together to hear how they intertwine, learn some intros and endings, and put together a little band, so other old-time instruments are welcome too. If you’re a little shy about playing with others, or joining in a jam, or want to learn to pick tunes up by ear on the fly, join us. There’s a reason they call it “Playing” music, come have fun!

Masha Goodman Crawford has been playing Old-Time banjo, Irish tinwhistle, singing, calling dances, and flatfoot clogging since the late 1970’s. One of the original founders of the Chicago Barn Dance Company, she has performed & taught at the Strawberry Music Festival, Berkeley Old-Time Music Convention, University of Chicago Folk Festival, Wheatlands Folk Festival, Old Town School of Folk Music, Eastbourne Folk Festival, and many more venues across the US and in Europe.

Geff Crawford has been playing Old-Time fiddle for over 30 years, and banjo, guitar, ukulele & mandolin. He has studied & played with such masters as Melvin Wine, Charlie Acuff, Mike Seeger, John Hartford, Clyde Davenport, Paul David Smith, Earl Collins, Art Stamper, Frank George, Tom Paley, Walt Koken and others. The author of the “Old-Time Rambler” column for the CBA website, Geff is a regular performer at the Strawberry Music Festival, teaches fiddle, plays for barndances, and does school programs and assemblies.

Masha & Geff perform together as a duo called “Old Soles” and with their band, “Orange Possum Special”. They had a blast performing in the newly revived Winter’s Night Yeow! show and are looking forward to an extended tour next year. Geff enjoys reading calculus for fun, rehairing his fiddle bows, and playing the ancient strategy game of Go, recently logging his 16,000th game online. Masha enjoys riding her Arabian mare Ziva when she can, and spent many years living and traveling in a horse-drawn Gypsy wagon. She tries to keep Geff away from Ziva on bow-rehairing days. They’ve taught at the CBA Music Camp every year since 2009, and are known for their patient, supportive, and light-hearted teaching style.

Harmony Singing is one of my personal bugaboos. Oh I can sing harmonies alright, but my harmonies are usually sung in a key that has no earthly relationship to the melody I’m trying to accompany. This year our level 2/3 harmony class will be taught by none other than Laurie Lewis & Tom Rozum. Only one word comes to my mind for these guys…….awesome! The harmony class is one of the most popular classes in Music Camp and you need to hustle to enroll to get a spot for this one!

This workshop will teach you the skills needed to hear and add harmony parts to classic country and bluegrass songs. Plan to listen, deconstruct the parts, and put them back together as a group. And to use what you learn…or learn by using, students will break up into smaller groups so that everyone will get the chance to hear themselves blend and phrase together in a small ensemble. We’ll deconstruct what makes Bluegrass singing so special and what differentiates it from other singing styles. You will be coached in the basic skills that make a good harmony singer, breathing, tone production, phrasing, blend, finding the right key for your voice. Duet, trio and quartet harmony singing will be explored, using the greats of bluegrass as examples and inspiration: The Osborne Brothers with Red Allen, Flatt and Scruggs, The Stanley Brothers, and of course Bill Monroe. What IS it that makes that chill run down your spine when the Stanley’s sing an A sus 4 or an A 9 chord?

Laurie has been singing and playing bluegrass, old-time, country and traditional jazz for a really long time. A dedicated teacher as well as a performer, she ran “Bluegrass Week” at the Augusta Heritage Workshops for 10 years, and was the coordinator of “Bluegrass at the Beach” for over a dozen years. She has taught at PSGW, CBA Music Camp, British Columbia Bluegrass Week, SAM-W, Telluride Academy, Rocky Grass Academy, Wintergrass Vocal Intensive, and many others. When not touring, Laurie teaches and produces recordings. Recently, she produced the critically-acclaimed “Bittersweet,” by traditional music legend Alice Gerrard. Laurie was voted “Female Vocalist of the Year” twice by the International Bluegrass Music Association, has been nominated for numerous Grammys and won one for her singing on “True Life Blues: the Songs of Bill Monroe.”

Tom Rozum has been a professional musician for nearly four decades, playing in bluegrass, country, and western swing bands. Since 1986, he’s been best known for touring internationally (over 21 countries) with Laurie Lewis. With her, he has also recorded three duet CDs (their first being nominated for a Grammy) and has played and sung on most of her other recordings. The two have performed a half dozen times both on the Grand Ole Opry and A Prairie Home Companion.

Tom’s also a veteran teacher, having been on the teaching staff of Bluegrass at the Beach, The Rockygrass Academy, The Augusta Heritage Workshops, The Teluride Bluegrass Academy, California Coast Music Camp, Puget Sound Guitar Workshop, the CBA Music Camp, the Swannanoa Gathering, British Columbia Bluegrass Camp, and has served as musical director for the Marsh Youth Theater’s producton of “Bound For Glory”.

Registration opened at noon on February 7th, 2014 and over half of the music camp slots have been filled, so get your web browser over to our Music Camp website at http://www.cbamusiccamp.org to register and to get more breaking news. If you have other questions, please contact us at [email protected] Keep on jamming and we hope to see ya’ll at Music Camp, and in April at the CBA Spring Campout. 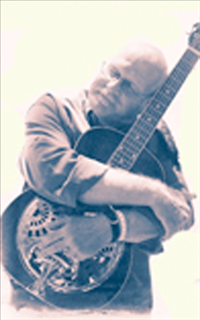