I just received my December copy of the national bluegrass publication, Bluegrass Unlimited, and was thrilled to find an article by Derek Halsey, on the IBMA World of Bluegrass Week 2015. Even better, Derek gave a really positive mention of the CBA Suite in the Marriott in this article. So if you are a Bluegrass Unlimited subscriber, check out pg. 27. If not, please let me share it with you….

“As the cool rains fell incessantly outside of the windows of the Marriott hotel in downtown Raleigh, the California Bluegrass Association (CBA) once again hosted a fantastic series of concerts every night in their suite. The organization has been doing this for years and the concept is simple and wonderful, as the CBA exhibits some of the best hospitality experienced during the week. Each night various bluegrass bands would gather outside in the hallway near the artist’s door of the CBA sutie and wait their turn. Inside, the members of the CBA not only provided refreshments and smiles, they would successfully get the revolving-door group of music fans in and out of the suite quickly so each band could take advantage of their scheduled 25 minutes of intimate jamming. The attendees in the CBA suite are always supportive and of one of the best-listening audiences in Raleigh during the week.

As the CBA Suite Manager these past two years, I can tell you Derek’s article in Bluegrass Unlimited makes me so proud to be following in this strong tradition established by Carl Pagter 25 years ago, and continued by Larry Kuhn for the 12 years before me. It’s also a testament to the hard-working volunteer staff who made the CBA Suite so successful. This year, the thanks go to Geoff Sargent, David Brace, Frank Solivan, Kay Wilkes, Lani Way, Dave Swartz, and Dan Elkerton. Let me also add here that I recently saw the band Steel Wheels at the Sierra Nevada Big Room in Chico. When I introduced myself to them as the CBA Suite Manager at IBMA, they enthusiastically responded that the CBA Suite was the “hottest place to be” at IBMA this year, and thanked me for the great music and welcoming hospitality!

Please read Darby Brandli’s article in the December Breakdown to get another look at CBA’s national outreach through our Hospitality Suite at IBMA in Raleigh. THEN, think about planning YOUR trip to Raleigh next fall. The more the merrier! 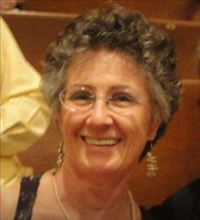