Coast to Coast with AJ Lee and Blue Summit, Part 2 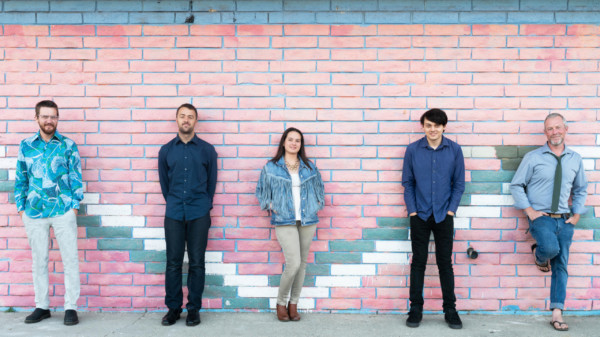 You can read the first half of this interview in last month’s column.

On August 17, in spite of a few technical difficulties, I managed to catch up with AJ Lee and Blue Summit, who were touring the East Coast. Zooming from my Airbnb in Eugene, Oregon to their hotel room in Truro, Massachusetts. In this part of the interview, we talk about the band’s musical influences, Jan Purat’s recovery from a fall off a ladder, and what’s coming up for the band.

If you’ve been around the California bluegrass world for any length of time, you’ve probably know the band well—both as individuals and as an ensemble. AJ Lee and Blue Summit made their first appearance in Santa Cruz in 2015, led by singer, songwriter, and mandolinist, AJ Lee.  Although falling loosely within the bluegrass genre, AJLBS generally plays without a banjo (we discuss this), with Sullivan Tuttle and Jesse Fichman on steel stringed acoustic guitars, Jan Purat (formerly with Steep Ravine) on fiddle, and Chad Bowen on upright bass.

Maggie: I’d love to hear from you like who your earliest musical influences were and who you are listening to now.

Chad: When I was a real little kid my folks would take me out to go see my godfather’s band called Kitty Hawk. It was a classic rock band–except for at that time it wasn’t classic rock, I guess it was just rock. I grew up in that scene, and I was real into Allman Brothers, Phish, and the Grateful Dead. Through the Grateful Dead and Jerry Garcia and David Grisman, I found my way into more acoustic music.  Right now, I love the Wood Brothers–Chris Wood is my idol.

Sullivan: Growing up playing the guitar since I was really young, honestly a lot of my influence early on was just my older sister Molly and my dad. They knew about a lot of bands and a lot of artists that I didn’t know about, so a lot of times influences on me when I was young came through who was influencing my dad or Molly. Molly got into Dave Rollins and Gillian Welsh. My dad was more into traditional bluegrass, like Tony Rice. Now, I listen to random stuff that comes up on Spotify.

AJ: Yeah, Sully listens to a lot of different genres. For me, I’m mostly in the same boat as Sully. We started at such a young age–I’m influenced by my mom who was influenced by various musicians. She listened to a lot of Randy Travis. She introduced me to the Isaacs, Allison Krauss, Rhonda Vincent, and Tony Rice as well. Also, a lot of gospel and old country–Merle Haggard, Buck Owens–those classics. She also liked other genres–she liked Billy Joel and Jonathan Edwards. I have been influenced through her by a broad range of artists. Now, I listen to a lot of Sully’s music and also to other progressive bluegrass bands. Lots of them are our friends. I’m not listening to much Merle Haggard or Buck Owens these days because I’ve been listening to them for years already.

Jesse: The first group that I fell really hard for was the Beatles. My parents listened to them, so they were the only band I listened to for a while. Then I found The Bluegrass Band when I was around fifth grade.

Jan: I’ll speak a little bit about my general musical history. I grew up playing classical music and was not aware of bluegrass, which was kind of funny because growing up in the Bay Area there was a lot of really good bluegrass going on. There were a lot of really great fiddlers right in my area in Berkeley when I was growing up, but I just really wasn’t exposed to the music at an early age. I played classical music and studied classical violin and then got into some kind of folky stuff in high school. My previous bandmate in Steep Ravine, Simon Linsteadt, went to high school with me and we started nerding out on Django Reinhardt and some folky stuff that wasn’t really fully bluegrass. In early high school, we had a little folk band. Then in college, around sophomore year, my next-door neighbor actually heard me playing and knocked on the door. He asked me, “Are you a fiddler?” He was this surfer, Santa Cruz stoner type, and I said, “Yeah.” He said, “We’ve got a bluegrass band. Do you like bluegrass?”  I said, “Bluegrass? Is bluegrass cool?” Actually, Jeff Wilson was in that band.

Chad: That’s how you and I met.

Jan: Yes, that’s how Chad and I met back in 2010 or a year later.  They turned me onto John Hartford and Old and In the Way, and music along those lines. I really fell in love with Vassar Clements. I was really inspired by him and tried learning some Vassar tunes. Then, similar to Jesse, I discovered Bill Monroe. I was listening to him and thinking, “I don’t really get it.” But then, I started playing the music, and I thought, “Okay, now I get it.”

I came through the back door into bluegrass, but I fell in love with it and found a calling and a passion. I discovered a lot of my heroes on my instrument—traditional, classic players like Kenny Baker, and then Byron Burline, rest in peace. I went to a Berklee School of Music camp and learned a lot about bluegrass there, too.

As far as music I listen to, it’s all over the map. Like everyone I know, I like good songs. I like a lot of world music—African and Irish, for example.

On April 10th, 2021 Jan Purat fell from a ladder, injuring both of his hands. On April 20th, he had surgery to repair and reconnect two lacerated tendons and reconnect three nerves in his left hand. He now has four permanent suture anchors connected to his tendons.

Maggie: If you don’t mind my asking, how is your recovery is coming along?

Jan: It’s going well. I’ve been playing gigs for about a month now. My first gig back, we played a brewery in Oakdale. I had about three months off from playing due to my injury. For my surgery, I happened to have a Kaiser surgeon who was a cello player.

I lost feeling in some fingers, but it should be coming back in six months to a year. Hopefully, in the fall or winter, the feeling will return in those fingers. But, the mobility is pretty much what it was before. Overall, I’ve been feeling very lucky with my progress and having access to the medical insurance which made the surgery affordable. The bluegrass community really came together and supported me in a really sweet way. Catherine and Chad Manning (Manning Music Studio, where Jan teaches fiddle) helped organize a GoFundMe which covered all my surgery bills. I felt very lucky to have this amazing community. It feels good to be playing again, so I’m very excited.

Maggie: Just one more question. What’s up next for you and the band?

AJ: We’re just focusing on the tour right now. We just put out the album and we have all this merch that that we’re super excited about. We had some artist friends of ours do the cover for our album and also some t-shirt art. We’re also focusing more on the big picture of what we want to promote for the rest of the year. Touring is great because we get to spend so much time together, and it really inspires me to write more songs. Maybe by the end of the tour, there’ll be another album ready to go for next year.

Maggie: That would be great! Thanks so much everybody, and have a successful remainder of your tour. I hope to see you in California.

AJ: If the CBA Father’s Day Festival is happening in 2022, we’re still scheduled to do the emerging artist set, so we hope to see everyone there.

Listen to AJ Lee and Blue Summit on Spotify, and buy their CDs and merch at BlueSummitMusic.com 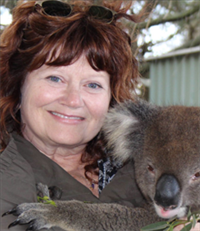