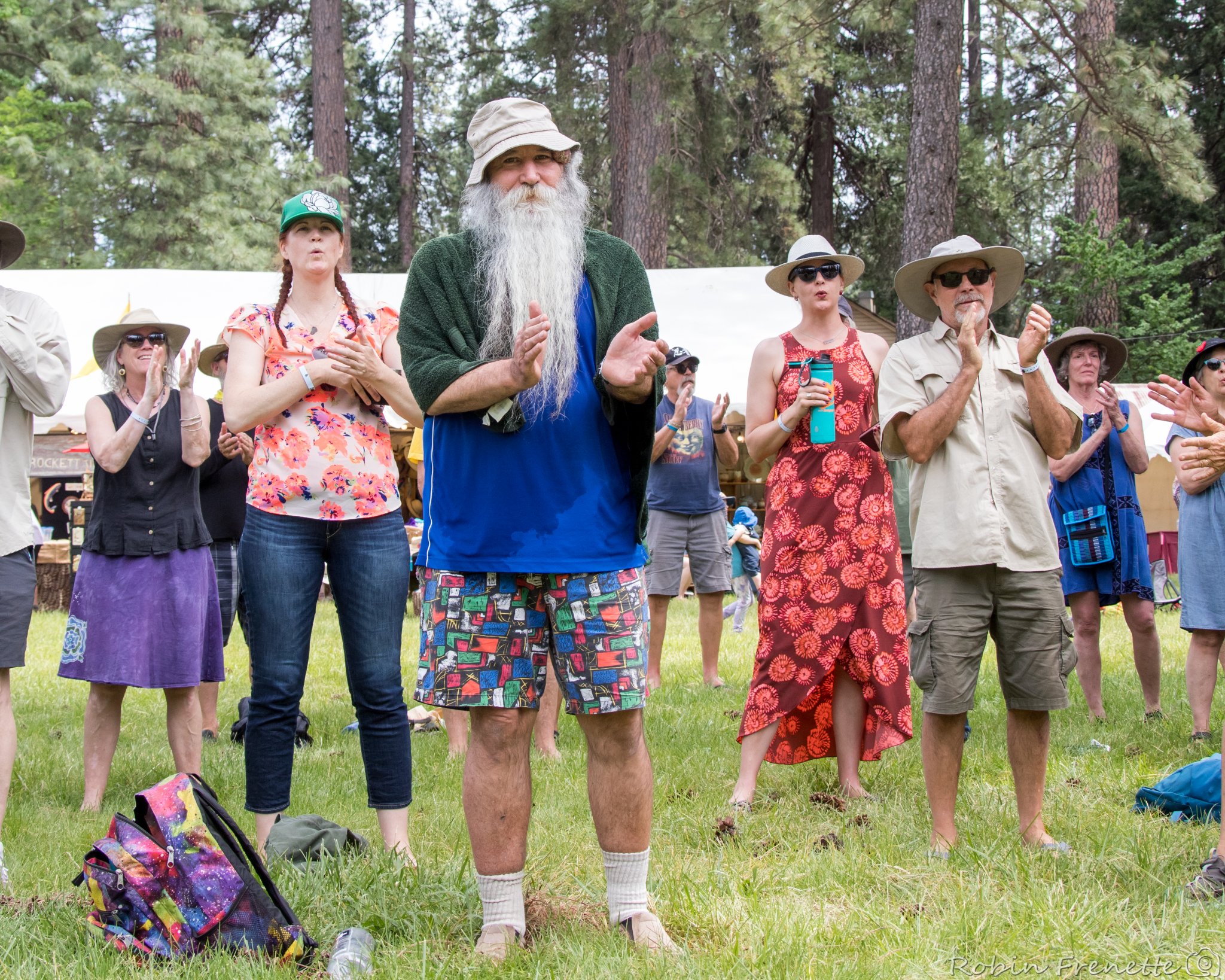 I have to leave for Grass Valley in a couple of days. The festival has always been a centerpoint for my bluegrass experience and I am happy that the festival has risen from COVID ashes to be a real festival again.

But I am really sad that the festival will be missing one of our dearest friends this year. John Lonczak passed away recently. Our festivals will never be same without him. And I doubt there is anyone out there who can fill his shoes.

I vividly remember my first exposure to Dancin’ John Lonczak. It was at the Cloverdale Fiddle Festival many years ago. I have to admit, my initial impression of John was very negative. What’s the deal with this weirdo dancing in the aisle while I’m trying to get my five year old focused on performing in the fiddle contest? I stayed very clear of this guy and made sure my kid did likewise.

After many more  festivals I got used to the idea that this weird bearded guy was just there and I got accustomed to it. In fact I admired the Chutzspa of a guy who could just get out there and dance with joy to the music we all were enjoying. So one day while returning to my campsite from a bike ride in Grass Valley I saw John in the road and said “hi”. What followed was a very long conversation in which I got to take measure of the guy. I told him of my initial impression of him as a weirdo and he laughed heartily. He then proceeded to tell me about some of his amazing accomplishments, including attending an insane number of music concert events within a year.

Once I took the time to stand there and talk to John I realized that he was a very educated and accomplished person who just did whatever he wanted to even if people thought it was weird.

I camped near John for many years after that encounter and he was always a good neighbor. When people complained about the dust John kicked up with his dancing at Grass Valley I was happy when a reasonable solution was negotiated. In fact the CBA appointed John as official dancing coordinator and set standards for watering down the dancing area to minimize dust. John was always scrupulous about that chore and he attracted many joyful dancers to his area.

Dancin’ John  was a staple of practically every bluegrass festival I went to in California over the past twenty years. He brought to life a discipline that is central to the enjoyment of many types of music but perhaps especially bluegrass and old time music.

Dancing is more than just a joyful expression of a reaction to our music. It can even be an expression and interpretation of the music itself. I have a number of recordings of old time music in which you can hear the dancers tapping out the rhythm section. On some of those recordings the dancers are credited right along with the other musicians.

I credit Dancin’ John with adding to my musical enjoyment. He shuffled out there gracefully even after tweaking his knee at the Good Old Fashioned Festival a number of years ago. It was good to see him back on the floor after that doing what he was born to do. Dance John, Dance.

Danceability is a criterion for many old time fiddle contests. Modern pop music is often based on tunes with a beat that you can dance to. Maybe bluegrass music needs more barometers like Dancin’ John to show us the way to have some fun!