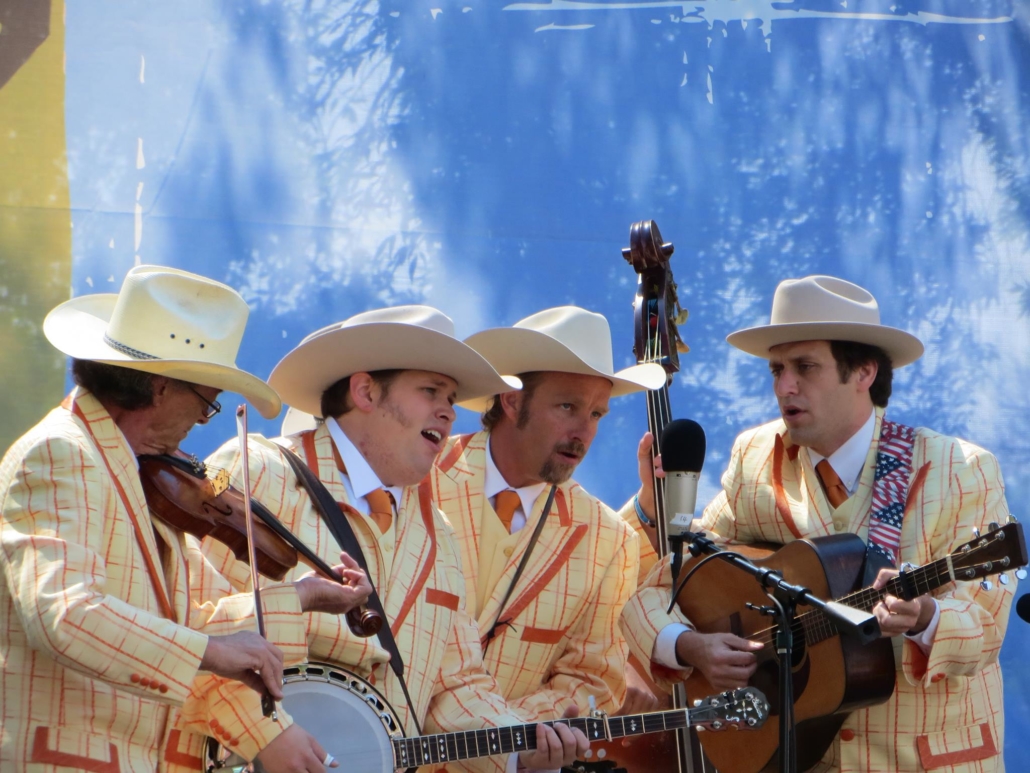 Folks who know me know I take casual dressing very seriously. Like most men, and most definitely men of my age, the paramount importance of clothes is to be comfortable, avoid indecent exposure charges and have a few pockets to put stuff. That’s it. I’ve always hated dressing up – I dreaded family pictures, church and weddings, because I felt uncomfortable being dressed up in “nice” clothes.

Then, the 1960’s happened, and seemed to validate my world view – especially when it came to clothes (and hair).  Just be comfortable, man!

When I got older, I did learn that nice clothes that fit are not always uncomfortable to wear. I also learned if you want some money, you have to dress the part. OK, I became a grownup, and wore what was required, but when that 5 o’clock whistle blew (Yabba dabba do!), it was back to comfort clothes.

I also adopted a philosophy towards how to dress for musical performances. Even in the 60’s, the performers’ “casual” looks were really contrived to look good. Yes, they tended towards blue jeans, but patched just so. So, when I play music in public, especially for money, I want to look like I’m taking the job seriously. I felt this was especially important when playing small venues like bars and coffee shops, because if you look just like the audience, the proprietor may wonder why he’s paying you. So, I always insisted the band dress in a way that, even when they’re on break, getting a drink at the bar, a casual look around the room will reveal who the band is.

The Alhambra Valley Band always had a “dark shoes, nice pants, no baseball caps” rule, and I respected that.

So, I felt somehow betrayed when I went to IBMA and saw up-and-coming hopefuls, playing showcases in old jeans and t-shirts – in Nashville, of all places! Yes, they sounded great, but at a festival, where half the audience is 50+ feet away, the visual of the band matters. And if these players didn’t care enough to dress the part for a showcase – designed to impress  – then why would we want them for the festival?

Yep – I sound like my Dad. I saw a trend towards un-tucked in cowboy shirts and heard some stuff about that, but I chalked that up to a modern “style” rather than slovenly dress. So, that didn’t bother me as much as a t-shirt.

I think style has always been a part of bluegrass, beginning way back with Monroe’s jodhpurs and Stetson, and continuing through Flatt and Scruggs’ bolo ties and hats tilted just so. Most of those pioneers came from humble beginnings and they didn’t want bluegrass associated with country bumpkins with missing teeth – they had pride and wanted to show it.

Don’t worry folks, I’m still a hippie, to some degree. But dressing up nice for an important gig (and maybe even the less important gigs) is a nod to being – and acting – professional, and I am all about that. So please, don’t get on stage in a t-shirt, please?