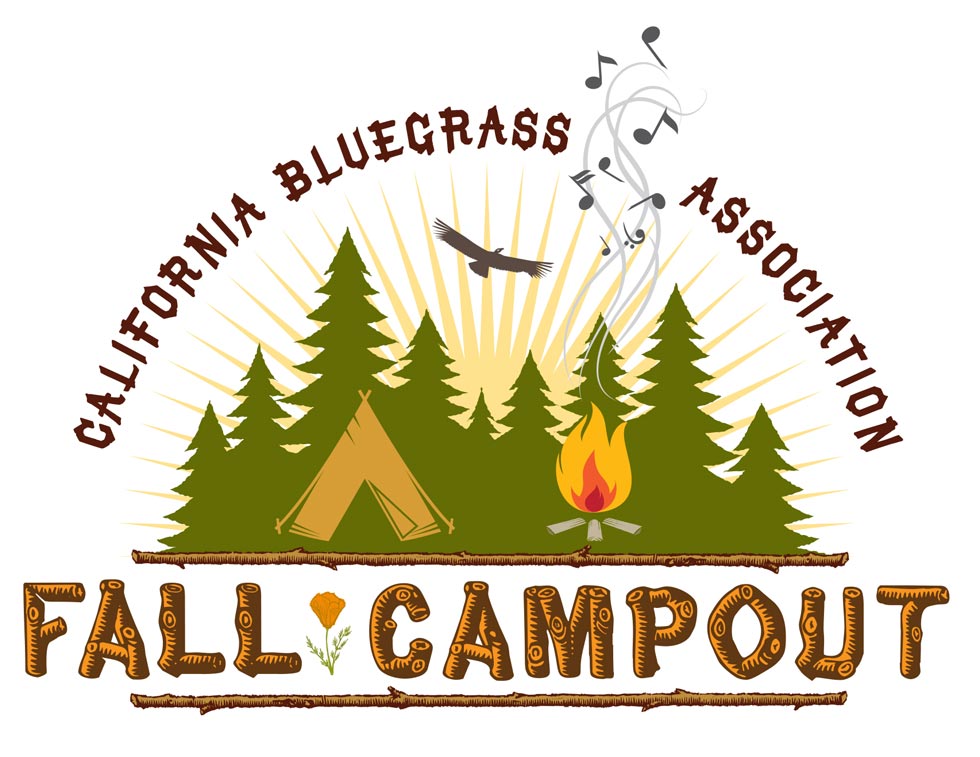 Well Hello~
Is it too early to start thinking about the CBA’s Fall Campout 2022? We don’t think so….

The dates this year are October 10-16, 2022. We’re sure excited to get our Bluegrass, Old-time and gospel music lovers together, and hope to see you in Lodi!

This is an event where people gather together to play music, hear music, hang out with friends, and just have a lot of fun. No pressure….just lots of music. All levels of musicians are welcome, and we need listeners as well. So come on out!

JUST ANNOUNCED: Broken Compass and Young and Up Too Late bands will be featured at the Saturday night concert!

Food Vendors
We will have food vendors again! GG’s Pizza will be back on Saturday only. She is very busy because she is awesome and can only give us Saturday! We are still looking for another vendor, so stay tuned. There are plenty of picnic tables close to where the food vendors will be. There is a small stage by the food area that’s perfect for getting a band together to serenade folks while they eat!

Campsite Reservation
We have been using this process for a while now and it works very well!! RV water/electric sites are $40 per night and Tent/car/van camping is $10 per night. There is still plenty of room, but you should reserve your site soon by contacting Deb Livermore at [email protected]. Showers and a RV dump station are available for your use. Payment (cash, check, or credit card) will be taken at the time of your arrival. 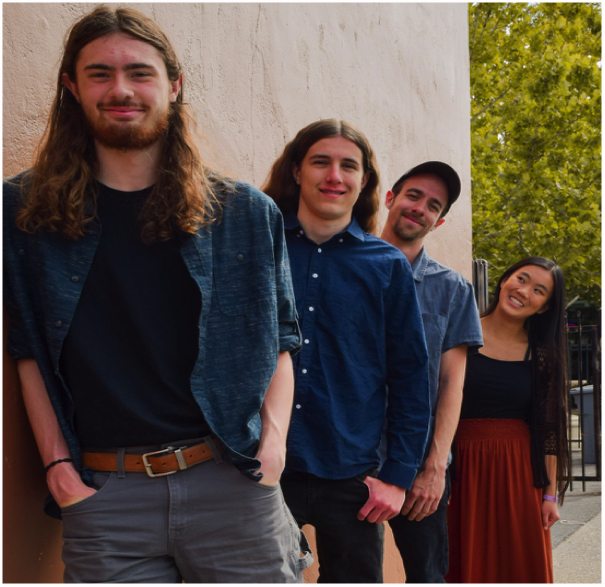 Emerging as a band in 2021, Broken Compass Bluegrass has already been recognized for their tight arrangements, tasteful playing, and distinguished songwriting. The band performs a mix of jamgrass, bluegrass, country, and Grateful Dead material, among numerous originals.

Based in northern California, Broken Compass Bluegrass includes Kyle Ledson (20), Django Ruckrich (17), Mei Lin Heirendt (16), and Sam Jacobs (26). Though still mostly teenagers, they are no strangers to the music industry. All four are seasoned performers, multi-instrumentalists, songwriters, and singers and have established themselves as some of California’s most prominent up-and-coming youth. Now coming together as a band, they are a fresh force in the music scene today. 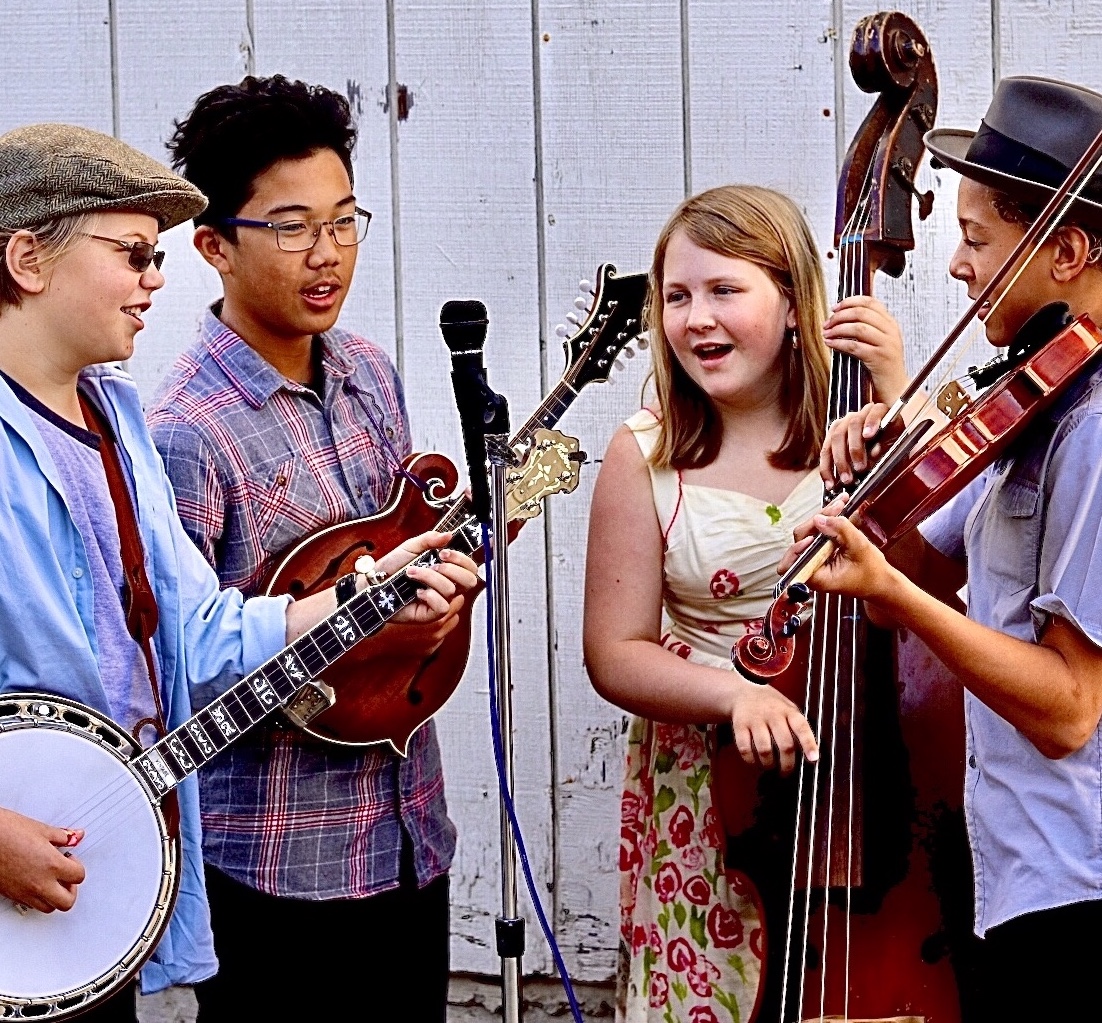 Young and Up Too Late

Young and Up Too Late are a group of Northern California middle-schoolers who play traditional bluegrass in the San Francisco Bay Area. Performing primarily the songs of the early greats Flatt and Scruggs, Jimmy Martin, and the Stanley Brothers, etc., with some traditional fiddle tunes mixed in, the kids’ passion for and dedication to this music is infectious to anyone who is fortunate enough to see them perform.

Dane Potter (fiddle and tenor), Roman Fong (mandolin), Isadora Katz (bass and lead vocal), and Silas Jude (banjo) have made it their mission to spread their love of bluegrass to as many people as possible. That means playing for non-bluegrass audiences at community events and downtown street fairs from Palo Alto to San Francisco, as well as giving weekly lessons and mentoring younger kids at Cabrillo Elementary School in Pacifica.

Dane, Roman, and Isadora have played and performed together since they were third graders at Cabrillo Elementary School in Pacifica, attending the CBA Youth Academy during the next two summers. While attending the CBA Kids on Bluegrass program two years ago, they met Silas from Berkeley and immediately recognized a kindred spirit. Since then, these 12 and 13-year-olds have built on that initial excitement of making music together with years of dedication and practice. 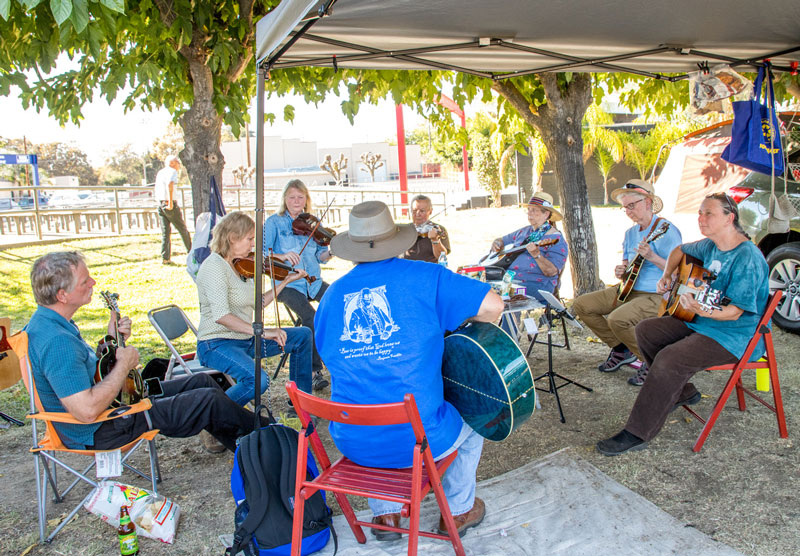 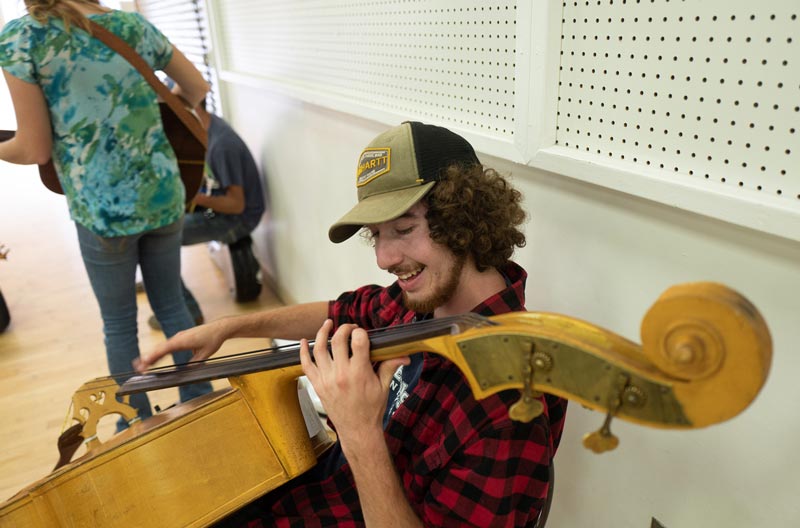 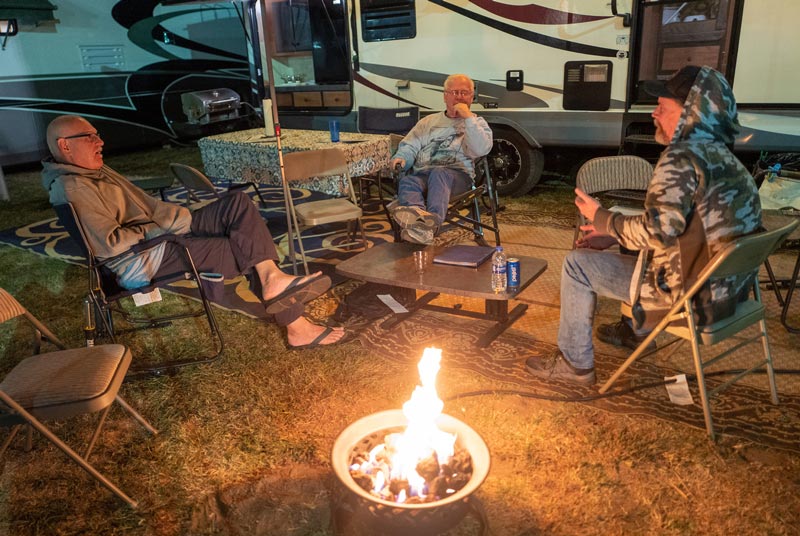 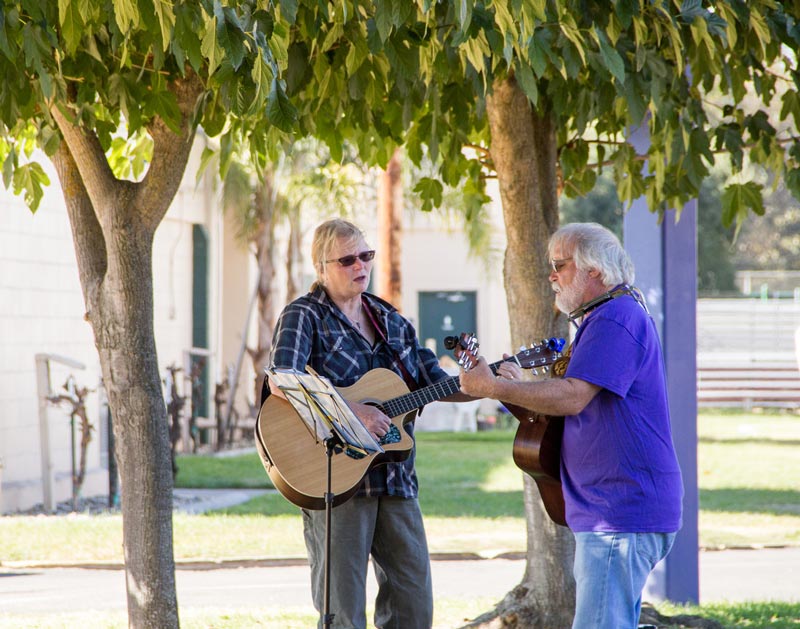 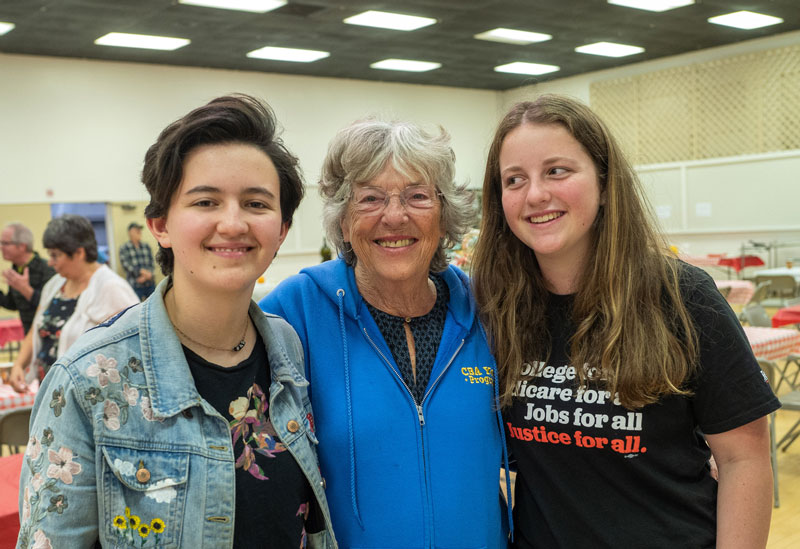 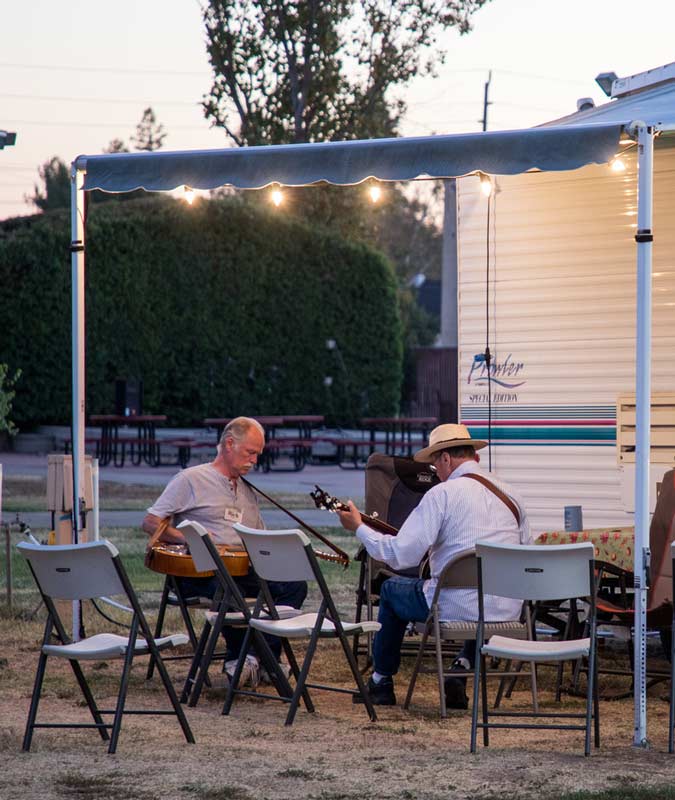 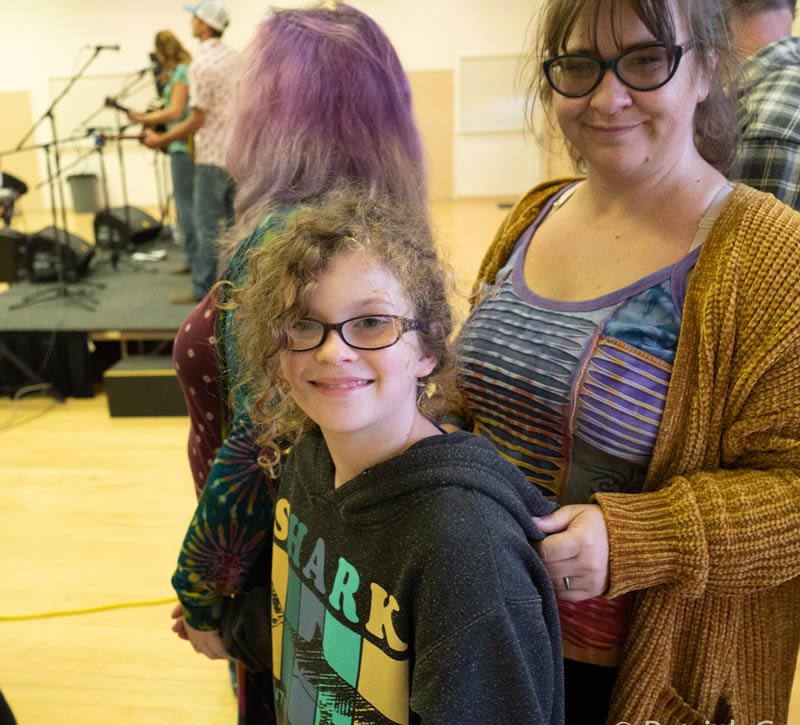 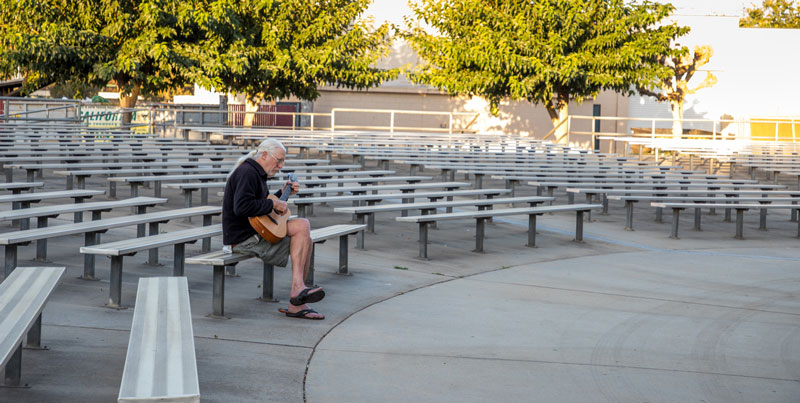 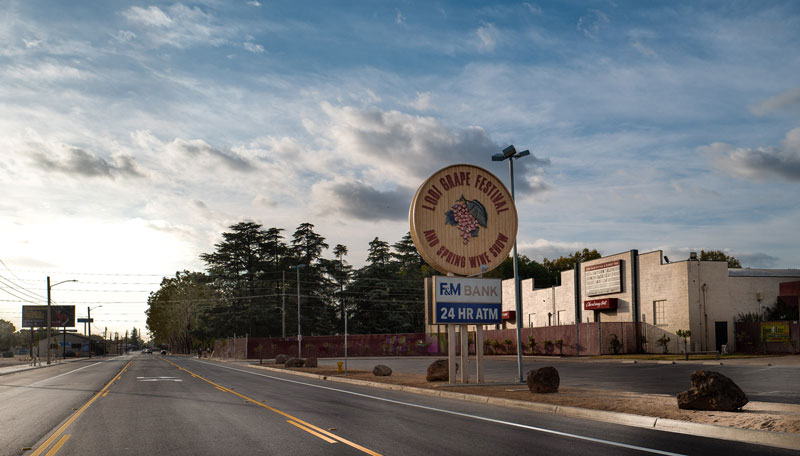