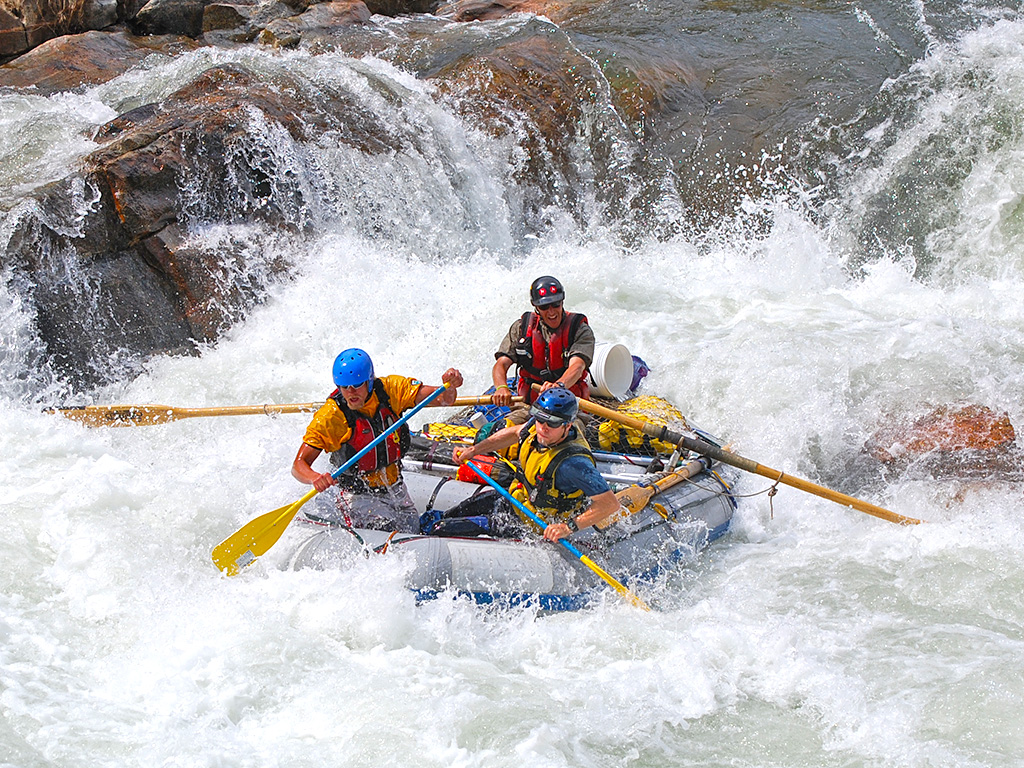 Isn’t Bakersfield a great time? I am looking forward to another one this year despite all the pandemic disruptions. One of our best ever in my opinion. Where else can you hear bluegrass wherever you wander, listen to great bands and jam to your heart’s content with friends old and new?
When I go to Bakersfield every year for the Great 48, I look forward to riding my bike along the Kern River. There’s a bike trail that you can cruise through for more than twenty miles without ever having to cross traffic. This year I rode the entire length of the Kern River bike trail on Friday. It’s interesting to see the contrasts from one end to the other.
The Kern River is what is known as an endorheic river, meaning that its water usually flows along without ever reaching the ocean. Before water was used for irrigation so extensively in southern California, water from the Kern river occasionally spilled over into the San Joaquin River but only if it was an exceptionally wet year. In most years the river petered out at some point but these days that point is a lot farther north. The river is about a hundred and fifty miles long and for about the last half of the bike trail you really don’t see anything anybody would call a river. But the headwaters of this ephemeral river is from the highest mountain in the continental United States and it is the only river from the Sierra that flows southward.
And now I live in the mountains
I drifted up here with the wind
And I may drown in still water
But I’ll never swim Kern River again
One night in the moonlight
The swiftness swept her life away
And now I live on Lake Shasta and
Lake Shasta is where I will stay
There’s the South San Joaquin
Where the seeds of the dust bowl are found
And there’s a place called Mount Whitney
From where the mighty Kern River comes down
The southern end of the Kern River bike trail takes you to a huge open marsh with irrigation culverts but also with birds and other wildlife. I saw a coyote at a distance of about thirty feet on my last ride. I call this section the hundred acre wood because of my fondness for the Winnie the Pooh stories. It is one of the highlights of my yearly ride but it is actually much larger. I think I saw a trail marker one time which described it as more than 500 acres.
As you go north you pass through Bakersfield proper. First you hit the southern suburbs and then you go by Cal State Bakersfield. A lot of exercise enthusiasts are seen along this part of the trail. Later on you go through parks with ponds full of geese. These are popular places for families to gather and let their children play.
As you go farther north the river becomes more visible. Homeless people set up tents near the city center just off the bike trail. They try their best to be inconspicuous. Once you cross Manor street the bike trail follows flowing water for the rest of the way before ending near the oil wells east of Oildale. This section of the trail is quite scenic with a steep cliff rising to the east of the river and expensive homes perched above.
I grew up in an oil town
But my gusher never came in
And the river was a boundary
Where my darlin’ and I use to swim
As I ride my bike along the lower reaches of the Kern River, I think of days in my youth when my friends and I would venture to the upper reaches. My friend Mike Longacre was a guide for commercial raft trips down the Kern river rapids. He must have really loved his job because in his spare time he would do the same thing and guide a bunch of his friends down the river just for fun.
Well, it’s not deep nor wide
But it’s a mean piece of water my friend
And I may cross on the highway
But I’ll never swim Kern River again
Mike was an expert guide. I never realized just how good he was until I made friends with someone who had lost a loved one in the treacherous rapids of Kern River. The Kern River is notorious for being a death trap for fun seekers. You can’t just pump up an inner tube and float down the rapids without a life preserver. Even if you are prepared tragedy can happen.
I’ll never swim Kern River again
It was there I first met her
It was there that I lost my best friend
And now I live in the mountains
I drifted up here with the wind
And I may cross on the highway
But I’ll never swim Kern River again
Mike knew the class of difficulty for every stretch of river we floated. He knew the current water flow data. He made sure everybody had their life preserver on. He even coached us about what to do if we fell out of the raft and he would even push us out of the raft to practice. Expect the raft to be behind you when you pop up and look for a beach to land on where you can reboard. Keep your feet in front of you as you float down the river and use your feet to bounce off rocks.
I think I’ll just continue to ride my bike along Kern River for the foreseeable future. But if I ever decide to raft or swim, I’ll be sure to take along a guide like my friend Mike Longacre.