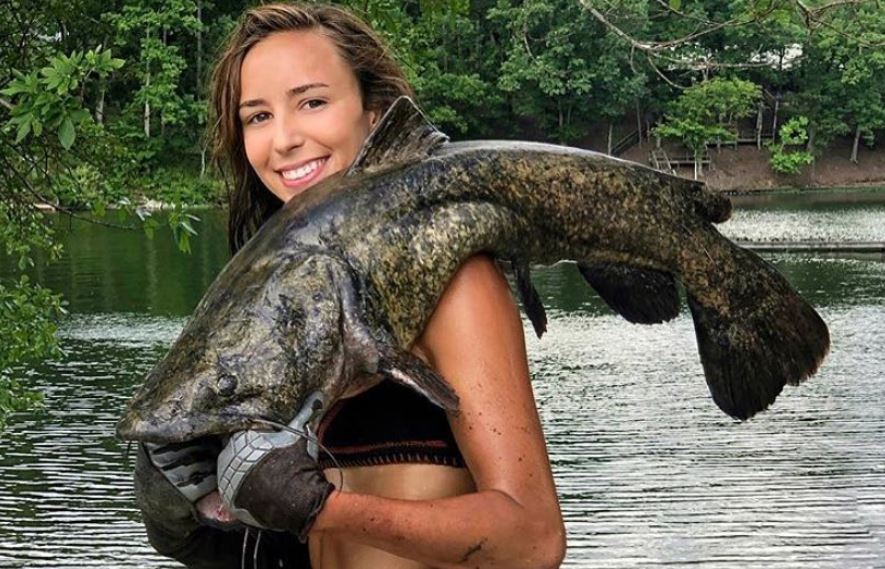 In choosing a cover photo for today’s column I came across this amusing video of a sport called noodling which I was unfamiliar with: https://youtu.be/f_OfdMVTsAI. Apparently noodling for many people means fishing for catfish with your bare hands! Thus the unusual photo for today’s welcome column.

What I really wanted to talk about is bluegrass noodling. The internet photos for that or a package of noodles from the store could not possibly be as interesting. But at the end of the day I often pick up my instrument and play a few old tunes. Sometimes my mind takes me to an old tune I learned long ago and I can’t quite remember exactly how it goes. That’s when the noodle factor comes in. You improvise as best you can and sometimes you realize that the notes you just played are a big improvement over the ones you couldn’t remember. You never really KNOW any tune you play. Noodling helps you learn it at least a little better.

On the other hand noodling can be truly annoying. If a somewhat unfamiliar tune is called at a hot jam you will invariably hear last minute peanut gallery solos, a virtual cacophony. Worse than that you will hear people actually practicing their solos during somebody else’s break! I have to admit I am no saint in this regard myself but when I indulge in active noodling I do try to play extremely softly so that hopefully nobody else hears me. When I’m on mandolin, I actually might increase my volume if I realize that the notes I’m playing are already good. It gets to be boring if all you do is chop the back beat.

All of us who play bluegrass play instruments that have a fretboard (well sort of, you may not have frets and may even have to use a bar). Some us learn to play these instruments by ear simply listening to the sound of the notes we produce and adjusting by trial and error to the sound we want to make eventually. That’s basically what noodling is but most of us, me included, learned our formidable instruments by practicing a blueprint over and over until we memorized a pattern. You may take lessons from an instructor who shows you exactly what to do or you may learn by reading sheet music or tab But you learn finger memory that you can count on and you are on your way to playing some fun music with others.

Once you are good enough start playing with others you really start having fun! You may have been drawn to the music because you like to hear others play it well. That’s fine if you leave it there and just go to hear the music you like when you like to. That’s what most music fans do after all. Bluegrass fans are fundamentally different though. Once you attend enough festivals at some point you get the inspiration to learn an instrument like everybody else. After you learn to play and can play with others, you are included into the bluegrass community in a special way.

You may have started with your new instrument because another camper let you borrow theirs so you could noodle around on it. I remember a class at music camp a few years back which was called the Dobro petting zoo. Anybody who had some curiosity about bluegrass’s orphan stepchild could noodle around on various high quality instruments (hopefully under careful supervision). We need more of that in bluegrass. Honestly in my opinion we need to hand out free banjos if this music is to really thrive or at least survive.

So hopefully you find the instrument that speaks to you. Months later you may have wished you had picked a different one when you realize that most of the people who show up to your local jam play the same instrument and that other instrument you almost chose is in short supply. No matter. You’re stuck with this instrument you’ve spent hundreds or thousands of hours woodshopping for your moment of glory and you just have to play it. It doesn’t matter anyway because everybody at the jam plays better than you do and they play faster than you ever can even on tunes you thought you knew. Welcome to bluegrass!

Stick with it though. Some jams you will realize you just don’t belong there but most open jams will give you a lot of support and you will get better by leaps and bounds. And never stop noodling.