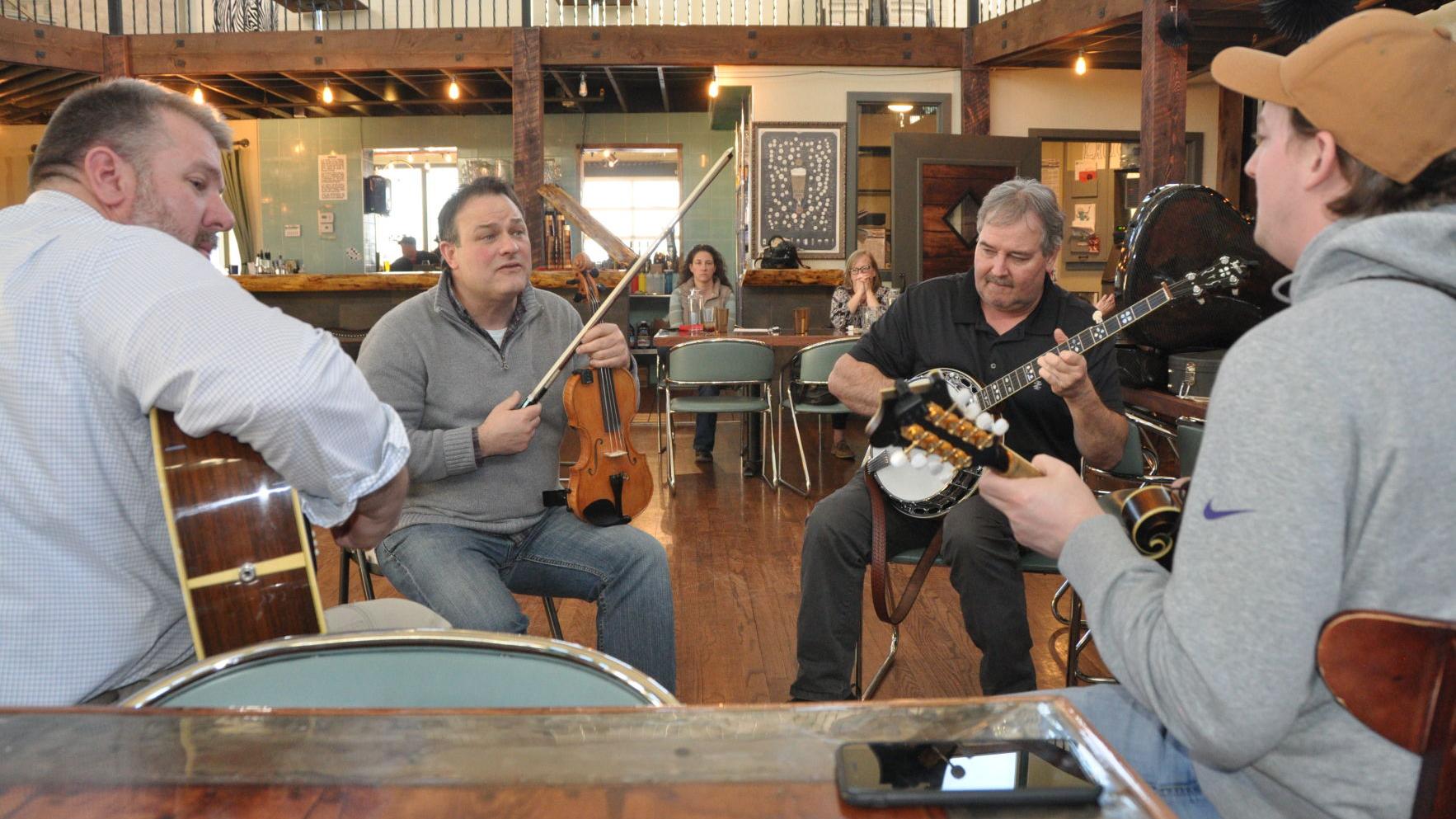 Now that things are opening up to a point where folks can get together and play music, and even play gigs, it feels nice to get back into the joyous work of music.

Like most folks, I enjoy wide-open “anything goes” jams where solos and harmonies parts are doled out by whim and intuition (or simply by clockwise or counterclockwise).  That’s a special kind of fun bluegrassers know and it’s an integral part to our shared social existence,

But I’ve also always enjoyed the other parts – the focused work parts that make you a better jammer, and make bands get better.

In some of the bands I’m in, new songs are introduced in a fairly consistent way. Song suggestions are sent to band members – they may be YouTube links or sound files of demos. These are often accompanied by lyric sheets or chord charts. In bluegrass sometimes tablature or sheet music is shared as well.

Then at a subsequent rehearsal we try the song, and begin working out who occupies what spaces. We decide on the arrangement – do we want to faithfully replicate the original, or are we going to do some different stuff in there?

After that, the band members woodshed (practice) their parts to get the muscle memory and dexterity to play it consistently well.  The next rehearsal, if all goes well, the band will inhabit the song, and the listener (well most listeners) won’t hear parts as much as a pleasing whole – a sophisticated ensemble. Well that’s the idea anyways!

There are some things you want to be diligent about. Learn the song on your own time – never treat a rehearsal as a lesson. Don’t practice mistakes – if you’re all not playing the same chords at the same time, it’ll never sound good. Find out where these collisions occur, and fix them. This applies to instruments and vocals.  Listen to everything when you play. A good band is not just 4 or 5 people carefully playing their parts well – the parts need to form a whole, and this only happens when everybody is listening to everything else. It can be a hard thing to learn, but it’s worth it!

I have been fortunate to play with professionals a few times and the speed at which these players assimilate and apply what they need to be ready to play a song well is astonishing. But, the techniques of woodshedding, not rehearsing mistakes, and listening to the other players pays off  – ALWAYS – to every skill level.

So, dust off those instruments, warm up those vocal chords, and let’s give the world what it’s been lacking for so long – LIVE music!