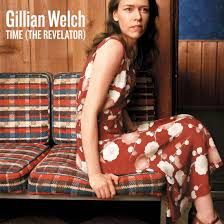 We all grow up somewhere and we all get used to those surroundings like it’s the only place on earth. The land forms a certain way. The contour is what we expect and the animals and plants seem to make a certain sense to us because it’s home. Where you grew up may not be your home now but if you spent enough time there in some sense it will always be your home.

I grew up in the piedmont region of South Carolina, red clay territory. When people ask me where I grew up (because I have a certain accent), I used to say simply “Carolina” because I was born in North Carolina. But I got tired of the inevitable question “Oh, North or South?” It’s hard to explain to people that North and South Carolina are more different within their states than they are between them. People in the “up country” are different from people in the “low country”. The up country at the foot of the Blue Ridge mountains where I come from is red clay territory.

There are many other parts of the South that are red clay country. Geologists talk about ultisol regions which are practically superimposable with much of the southeastern United States. Ultisols are one of twelve major soil classes in the US. They have lots of iron oxide in them which gives them their red color but are typically deficient in calcium and potassium. The clay consistency comes from a mineral called kaolinite. Southeast Asia and other humid subtropical areas also have ultisols.

The origin of the term “redneck” is uncertain but it may have to do with red clay country. Other proposed explanations include sun-burned necks, pellagra (a rash caused by niacin deficiency from poor nutrition) and even red bandanas worn by striking coal miners. Red Neck is generally a derogatory term for southerners but some adopt it with pride.

And it’s under my nails and it’s under my collar and it shows on my Sunday clothes
Though I do my best with the soap and the water but the damned old dirt won’t go
Now it’s mud in the spring and dust in the summer, when it blows in a crimson tide
Until trees and leaves and the cows are the color of dirt on the mountainside

I will never forget riding my bicycle through southeast Oklahoma and southwest Arkansas many years ago. It felt as if I had suddenly been transported back to northwestern South Carolina. I recognized not only red clay and all of the plants I was used to but even roads, hydroelectric dams and towns which appeared to be identical to ones I had seen as a child.

But when I pass through the Pearly Gate, will my gown be gold instead?
Or just a red clay robe with red clay wings and a red clay halo for my head
Now Jordan’s banks they’re red and muddy, and the rolling water is wide
But I got no boat so I’ll be good and muddy when I get to the other side.

Once again a great songwriter practically wrote my column today. Thanks to Gillian Welch for her song Red Clay Halo. It’s a great song and I encourage you to listen to it. It’s about the only one I can think of that really talks about red clay country. A great songwriter like that could probably write lots of columns for me. But the look and feel of that place she described will always be a part of me.