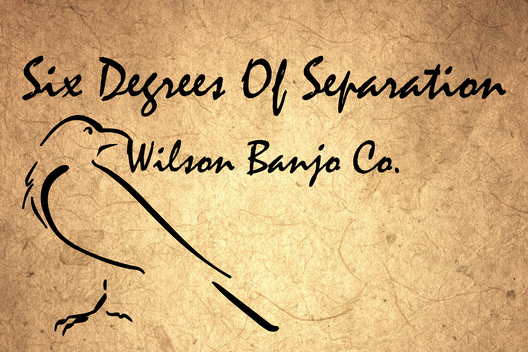 Song List: When the Crow Comes Down, Midnight on the Highway, The Ambassador, Issoqueena, Colors of My Life, She Is a Gambler, Just a Few More Miles, Old Fashioned Ways, Autumn Leaves, Wrong Turn That Lead Me To You, Long Hard Way.

It isn’t often that a band is named after a company, much less a banjo company, but Steve Wilson is a man of many talents, and producing musical projects and creating custom banjos are just two of them. Steve’s songwriting and ability to blend voices and instruments of some of bluegrass music’s “stars” helps make the connections of the album’s title.

Sarah Logan has been with the East Tennessee State bluegrass program, and joined the band in 2016. Her lead vocals have the depth and versatility that flow throughout the songs. “When the Crow Comes Down” has the haunting warble of the bringer of death and “Long Hard Day” has a edgy delivery with the singer contemplating the edge of the grave. Sarah gives a heartfelt rendition of Melanie and Steve’s “Colors of My Life.” The plea to gain guidance and purpose is one that many folks may share. She leads a joyous blend of vocal harmonies in “Just A Few More Miles” with Dale Ann Bradley and Dale Perry, and does the strong lead vocal on the Hot Rize classic, “Midnight on the Highway.” Sarah’s fiddle playing is also featured on this song along with the guitar playing of Richard Bennett and Steve’s own hard-driving banjo.

Shawn Lane sings the lead vocal on Steve’s “The Ambassador,” and Severin Theinert recounts his life choices on “Old Fashioned Ways.” Colton Rudd sings “Wrong Turn That Led Me To You,” a wonderful Steve Wilson song concerned with the life-changing crossroads that affect our lives.

“Issaqueena” is the only instrumental on the album, but Steve’s banjo sound is clearly defined and could easily be a promotion for his custom banjos. Joining him on this song are Michael Cleveland on fiddle, Alan Bibey on mandolin, Glen Crai on reso guitar, and Richard Bennett on guitar.

The Wilson Banjo Co. band is not touring currently, and Steve is playing with a Deeper Shade of Blue. Steve Wilson is at the apex of many degrees of separation to the world of bluegrass music, and we are certain to keep hearing new chapters in his musical journey.