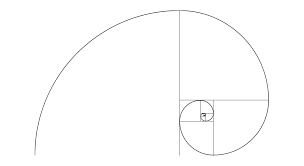 I have a rather large collection of bluegrass CDs that I’ve accumulated over the years. Many of them are pretty old now. Periodically, I dig out a new old favorite to carry along in my car so I can get reacquainted with it. It’s even easier to scroll through the couple thousand tunes I’ve downloaded onto my iPad and pick the one I want at any given time. Or I can put it on scramble and take pot luck.

One old CD I never get tired of hearing is one called Diamond Joe by the late great Joe Val. I was listening to it the other day and I realized that one of the things I like the best about it is that it has so much great singing. In fact, with a band full of great pickers there’s not a single instrumental on the whole album. Twenty five songs and every single one has singing in it.

My impression is that most bluegrass stage bands feature singing more than instrumentals. There’s plenty of opportunity to show off your picking during breaks and most bands realize that audiences like to hear songs. They put in a fast instrumental now and then just to pick the energy level up.

Stroll around the campsite jams after the stage acts are over and you might come across a lot of bluegrass jams where fiddle tunes outnumber ballads. Of course this would be the norm in an old time jam but in bluegrass circles as well lots of people like to call old standard instrumentals that everybody knows and pass the solos around without having to wait for song verses in between. The idea is to have fun and unless you’re trying to work up a band act yourself why not showcase those chops you’ve worked so hard to acquire?

Everybody has their own opinion about how much singing they want to include when they play bluegrass. I think I probably call more songs than the average person when my turn comes around. Part of that is I like to sing and over the years I’ve learned a lot of lyrics. The other reason is that I have difficulty keeping up with lots of fast pickers and the slower pace of a song gives me a lot better chance of producing a reasonable solo. And nothing gives my musical heart more joy than finding a tight harmony line that Joe Val and Herb Applin would be proud of.

Not a scientific sample, to be sure. But you get the idea. Bluegrass music is mostly songs. Tunes come in from time to time for variety. Even an instrumental showman like Michael Cleveland has Flamekeeper well up over 50%.