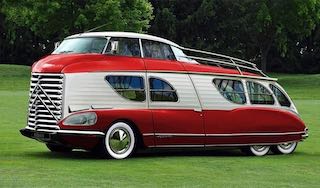 Here’s a word I’m going to throw at you, dialetheism. If you’re like me, you use this word frequently in the course of everyday conversation. However, if you are not as articulate and loquacious as I am I will tell you that dialetheism is the view that there are statements which are both true and false and how does this dialetheism stuff relate to bluegrass. Well, keep reading (please) and I’ll tell you or least maybe bring it into the neighborhood.

As the guy in the band with the largest instrument and the guy in the band that had all the PA equipment and the guy in the band that had the van to haul all this to the gig, I was frequently asked by my band colleagues or friends, “can I help you move anything?” This is a very thoughtful question asked with very good intent. The answer to this question is a dialetheism. Yes, I would very much appreciate help but sometimes the help is more problematic. Problematic in that, there is a delicate and tenuous balance in the loading and unloading process. Upsetting that balance can cause catastrophic disasters in setting up for gigs both now and in the future or in a less wordy statement, stuff gets lost. Nothing big, mind you, no speakers or instruments but cords of all types along with other miscellaneous but needed gear.

Here is an example of what can happen. A few years back in the pre-plague days. I was sitting in with a band playing at the GOF. We gathered as planned, in the campground to warm up a few hours before our set. Our dobro guy opened his case and discovered that he didn’t have his capo. It turns out that his girlfriend helped him pack up his ax at a gig the night before and between them they missed the capo. Obviously, this is a rather minor mishap in the scheme of things.

On another occasion, my band had an afternoon gig at a brewery. Unlike a festival gig, we needed to bring our own PA. Again, as the guy with the upright bass and more importantly the van, I was the designated roadie. Well as it turned out I was the designated humper for the last gig as well and I inadvertently accepted help loading the gear after the gig and somehow two speaker power cords got “lost” and this was a problem at the brewery gig because we only had two speakers…and no power cords.

I should have known better as in my apprentice days as a member of a band, my mentors wouldn’t let me touch their gear in fear of losing, leaving or damaging any of their gear. This was not just one mentor but multiple mentors through my apprenticeship and journeyman band days.

As I started missing cords and mic stands at my gigs I should have remembered my training however my puny back had skewered my judgement and I began accepting help humping (a technical term) with a price to pay.

As you can see the dialetheism is in answering the question, “can I help you move the gear”. With the answers being, yes most definitely I want help and no I don’t want your help. 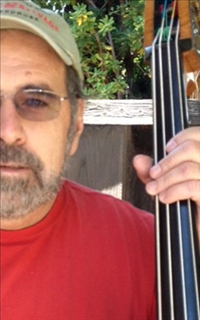