What Are We All Talking About 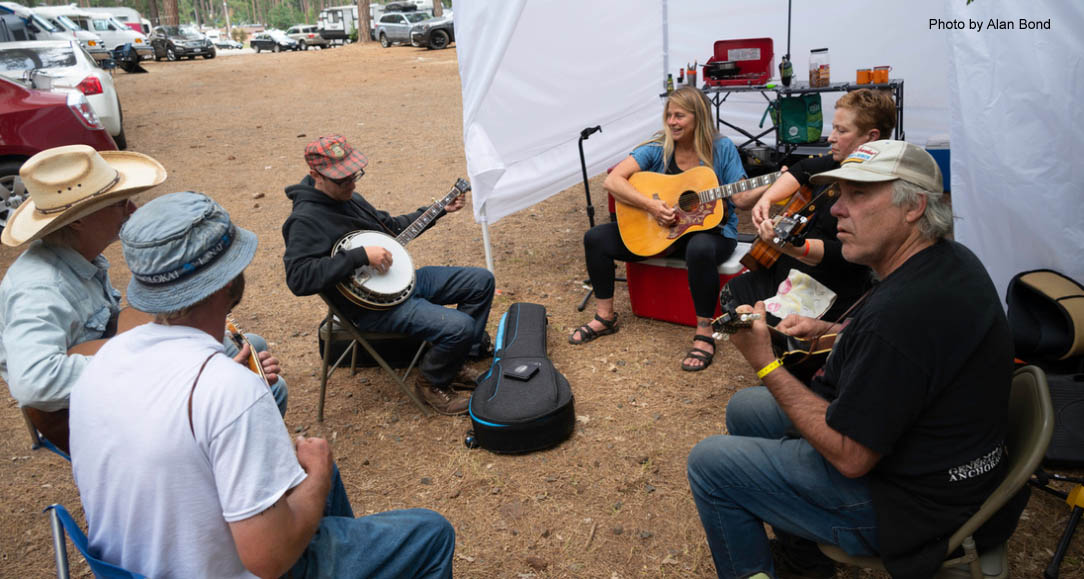 My wonderful wife is an educator by trade, and when she gets together socially with other educators, what do you think they talk about? Yep – education.  It can get downright excruciating for those of us who aren’t educators, but you know what?  I’m always glad to hear my wife’s voice, and I have a sneaking suspicion that when I get together with bluegrass buddies, our conversation might be just borderline excruciating to her. So what are we bluegrassers talking about?

I’ve done some listening – eavesdropping, to put a word on it, and there are several categories of talk that seem to dominate conversations at bluegrass events. Some folks specialize in one or more of these types of discourse, and others are more general in their conversational tastes

Archivists, Anthologists and Historians
Many folks delight in the details of bluegrass history, and love to launch animated discussions about who played which songs on what records. Considering the constant changes in the lineups of the bluegrass pioneers, there is a nearly unlimited number of permutations in those old records.  Bluegrass artists also often re-recorded their best loved songs, providing even more fodder for these heartfelt, but often lengthy discussions.

Garrulous Gearheads
Another limitless source for bluegrass chatter is the instruments be played. Correction: any instrument being played, that has been played, or may someday be played.  Specific woods, luthiers, strings, varnishes, bows, rosin, tuning pegs, bridge pins, capos, fretboard radii – these are all fair game for the gearheads. And the more opinionated amongst them will tell you the precise combination of all of the above required to get the true Bluegrass Sound. You ignore them at your peril!

War Stories and Shop Talkers
These are, for the most part the pickers who are in working bands, of one level or another. These discussions cover the gamut of venues, green rooms, promoters, studios, producers, travel, tour buses and vans. I have to admit, I enjoy the tales of gigs going awry, or almost awry and have collected a few good tales of my own. The notion of playing good music reliably, anywhere, in any conditions does lend itself to some wild and weird tales.

Debating Squad
This is not a type of conversation per se – any of the above categories lend themselves well to arguing over minutia. Arguments are far more fun if a indisputable truth can not be found to actually win it. No, it’s far more fun of the combatants are stuck with trying to persuade each other through logical points delivered in an accelerating decibel level. Only baseball presents such rich opportunity for unprovable passionate discourse.

All of the above, when interspersed with sporadic picking and singing, make for a thoroughly enjoyable time. Indeed, fun enough to for a lot of folks to spend 5 or 6 consecutive nearly 24 hours days at it.  And then they’ll do it again a few weeks or months later, and repeat this pattern for decades!