BLUEGRASS is coming to Bakersfield!

On Friday evening, January 7th, 2022, the California Bluegrass Association is proud to present A.J. Lee and Blue Summit along with the Crying Uncle Bluegrass Band.

The show takes place in the Marriott Grand Ballroom located at 801 Truxtun Ave, Bakersfield, California.  Doors open at 7:00 pm and concert begins at 8:00 pm.   — WHAT A BLUEGRASS MUSIC EXTRAVAGANZA!

Tickets are $25 presale for non-members, and $20 for CBA members. Kids 12 and under are free. Tickets can be purchased online (below), or contact Jack Pierce at [email protected]

All attendees required to show proof of COVID vaccination or proof of recent (within 72 hours) negative COVID test. Masks are required and must be worn in the concert area. See further Covid FAQ’s here.

You can save time by uploading your vaccination or test data confidentially here: Online Health Screening.

AJ Lee and Blue Summit, a Bluegrass band led by singer, songwriter, and mandolinist, AJ Lee, has been the darling of the North Bay, California Bluegrass scene since their first appearance in Santa Cruz. Drawing from influences such as swing, folk, blues, jazz, country, soul, and rock, their undeniable talent and insatiable passion for Bluegrass harkens back to traditional classics while remaining uniquely modern. Over the years, AJ Lee and Blue Summit has performed around the United States as well as in the UK, Ireland, and France.

They have accrued many devout followers and garnered awards, including the FreshGrass 2019 Band Contest Winner, IBMA 2019 Momentum Vocalist of the Year, 2nd Place at the 2019 Winfield Guitar Competition, and numerous accolades in California. In 2019, AJ Lee and Blue Summit came out with their debut album, “Like I Used To,” which consists entirely of AJ’s original songs. Equipped with these new songs and their archive of nostalgic tunes, they will continue playing to both familiar and new audiences, endearing themselves to the country and the world 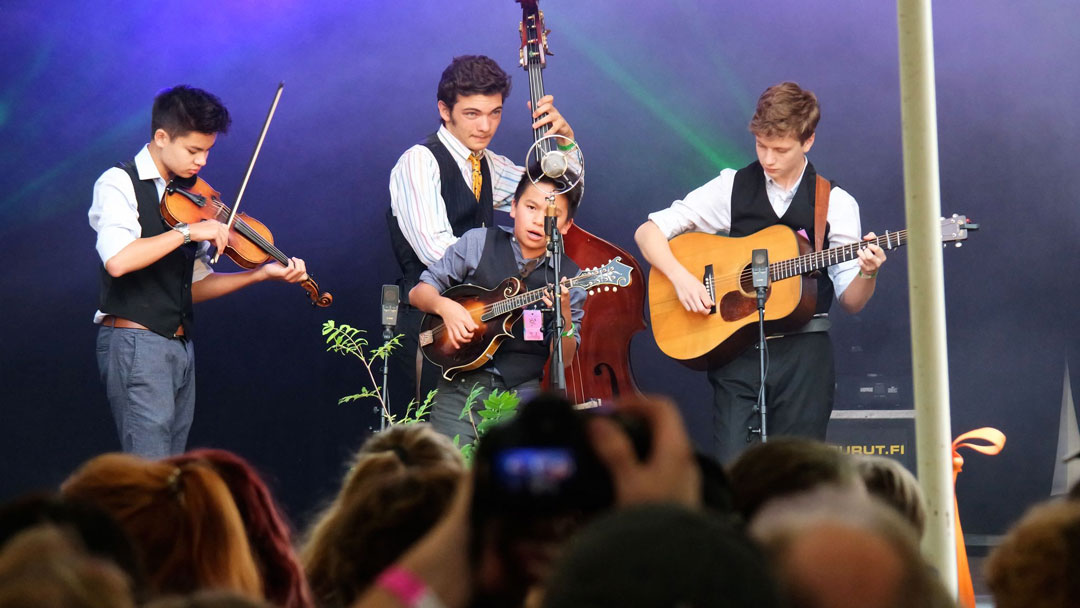 The Bluegrass band Crying Uncle is widely recognized as one of the most exciting young bands in acoustic music.  The band offers a unique mix of Bluegrass, Dawg, Jazz, and original modern acoustic music. Brothers Miles and Teo Quale are joined by bassist Andrew Osborn and guitarist John Gooding, outstanding young musicians in the vibrant California Bluegrass scene. Bios for each band member are listed at https://www.cryingunclebg.com/about